Skip to main content
Digital Original
One Man's Journey Of Facing His Mom's Killer, His Father 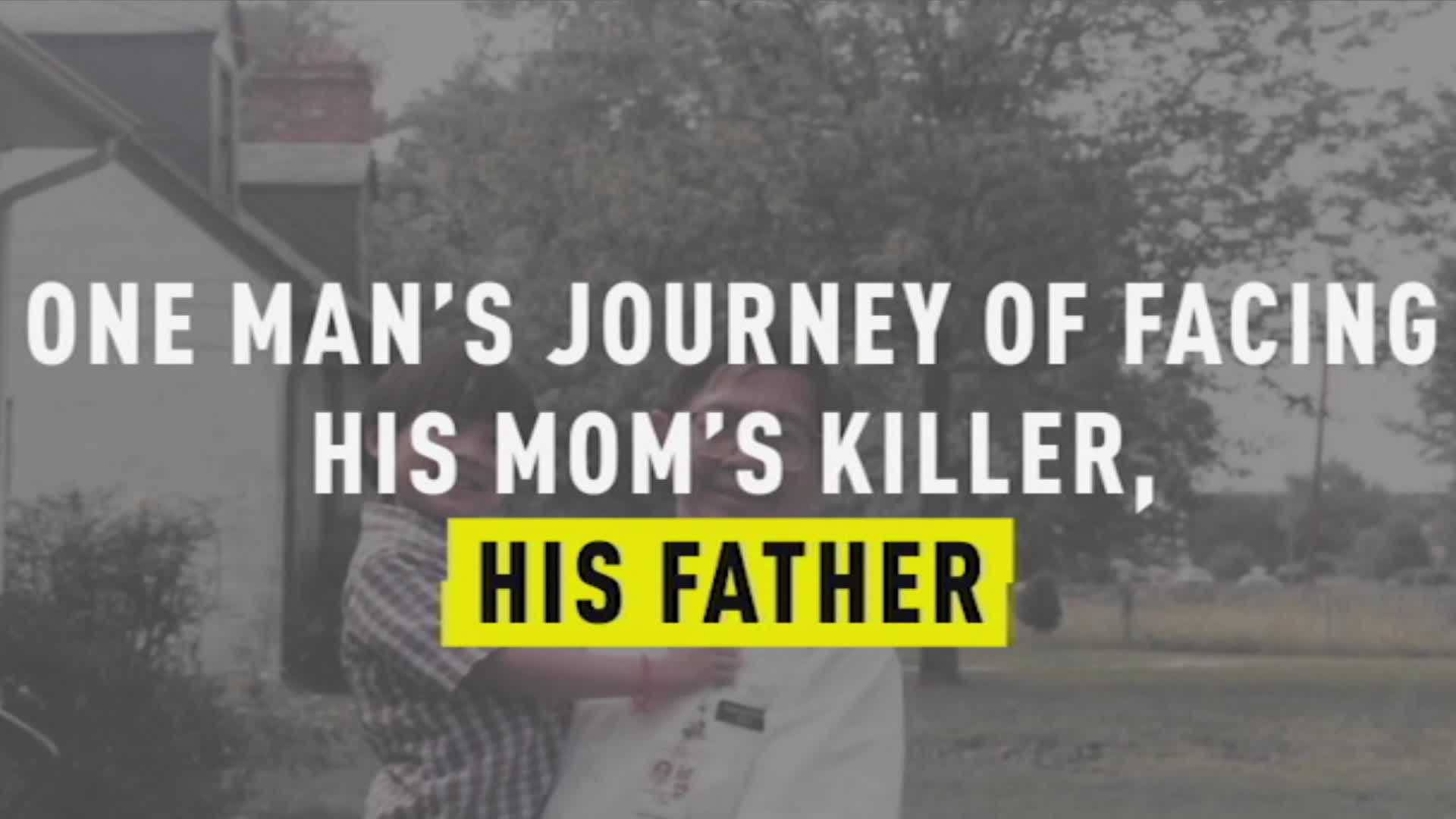 What’s it like to face the man who killed your mother? Especially when that man is your own father?

For Ray Suthinithet, whose father, Nabha Suthinithet, killed his mom when he was just a child, this tragic hypothetical became reality when he decided he to needed to address this dark part of his past.

“I guess I remember waking up super early that morning before the sun came up and I was pulling my toys out of the toy bin playing with my little plastic He-Man train set,” Ray recalled. “My dad knocks at my door and he tells me I need to be more quiet because my mom’s sick and she’s sleeping.”

His mom never woke up.

At some point that day, Ray said he spotted brown stains all over the bathroom sink, which he at first thought was Ovaltine.

A night went by and Ray's mother, 43-year-old Phengsy, never came out of the bedroom.

“My favorite TV show is 'MacGyver' and [from it I] learned how to pick a lock with a popsicle stick,” he explained. So on April 30, he picked the lock and entered his mom’s bedroom, along with a sibling.

“She was laying there in her bed and part of the sheet was wrapped around her like the bed was made, but her neck was just bloody, and she was pale, and there’s this feeling of death in the room that I had never experienced before or ever again,” Ray said.

Ray's dad, Nabha, had stabbed his wife in the chest five times and slit her throat after she told him she wanted a divorce, the Richmond Times-Dispatch reported.

He then fled to Las Vegas and was a fugitive for nearly a month before he was arrested for the killing of Ray’s mom. In 1990, at age 56, he pleaded guilty to the first-degree murder of his wife and was sentenced to 50 years behind bars. He served 18 years before being deported to his native Thailand in 2007.

While Nabha was serving time for murdering his wife, his son Ray was trying his best to lead a normal life.

Adopted by a couple, his parents’ former family friends, he described the rest of his childhood as “normal” and “perfectly fine.” But he said his mom’s murder “was always kind of lurking back there and then I guess as I got older it always came back up whenever I’d break up with a relationship.”

During a couple of those breakups, Ray said he attempted suicide and ended up getting help in a psychiatric ward.

At some point, Ray, who works in the film industry, decided he needed to address the tragedy head on. He made the decision to go visit his father in Thailand. He built a team of professionals who could also act as a “comforting emotional blanket” for him.

They began shooting in 2014, and in 2016, Ray and his production team flew out to Thailand so they could meet his father.

“I didn’t think about what I was gonna say,” he admitted. “I just knew I wanted to go there and look at him and see him for a little bit while he just sat there uncomfortable not being able to see me. Sort of like an interrogation.”

The production team put a GoPro in the room with his dad so Ray could watch him squirm before going in to see him again for the first time since the murder, face-to-face. He had also made rules for his dad. He couldn’t touch Ray and he couldn’t bring up God.

The day of the meeting, Nabha brought his new wife, a surprise that both irked and comforted Ray.

“When I walked into the room and I saw her I just hugged her,” he said.

Johnny Kingsboro, who was Director of Photography on the film told Oxygen.com that because he was such good friends with Ray, it made the project more meaningful for him, and difficult.

Ray said when he sat in front of his father, his parent's first words to him: “Long time.”

“I kind of see where he is gonna go, how he’s gonna start,” Ray reflected, adding he wished his dad started off saying, “I’m so sorry I did all these things, so sorry I left you.”

Instead, “He sort of started leading off with how are you, how have you been, then he tried to be like, 'Remember when we to to Toys R Us and I bought you toys?'”

Although he was nervous and shaking, Ray said he didn’t want to show any emotion.

“My goal is to not let him know me as much as I could. I didn’t want to give him that. It was enough for me to go there and not totally unleash on him. He doesn’t get to learn about his son.”

Ray’s dad continued to talk, but he never talked about the murder —  at least, not unprompted.

“Eventually I was like, ‘Look you haven’t said I’m sorry yet,” Ray reflected. Only then, he said, did his father apologize.

“He’s like, ‘I’m sorry, I’m sorry, I'm sorry.' At this point, I was like, 'It doesn’t count anymore. I’m not sure how much it would have done anyway but it definitely means nothing now.'”

When asked, his dad said he didn't know why he killed Phengsy. While Ray said he was annoyed at the response at the time, he now believes it's an honest reply.

His father also told him he loved him, but Ray said he didn’t say it back.

Was the experience therapeutic? Yes, but not as much as Ray had hoped. He said it seemed that way at first, after his film crew took the mics off his dad, thanked him, and saw him out the door.

“There were so many hugs from my crew. We were just so happy. I’ve never felt that before,” he said. “At the time, I thought it would last forever but I didn't realize that it wouldn’t.”

Ray refers to the experience as a “weird kind of therapy,” but admits that facing his father didn’t wrap things up in a neat little package.

“Going into it, I was one of the many who was thinking there will be closure,” he said, admitting that he doesn’t feel that way now. “But also in a way, if I didn’t do this, I’d still be that guy [trying to commit suicide] every few years.”

Kingsboro, however, believes the project and most importantly coming face to face with his mom's killer has had a profound affect on Ray.

“He became another version, a stronger version of himself that he always had in him,” Kingsboro reflected. “He completely elevated and he gained a lot of power that day and he was definitely a different person before and after that meeting.”

The film is currently in post-production.

BTK’s Daughter Wants To See Her Father In Heaven

How Letters From Son Of Sam & BTK Killer Inspired Book