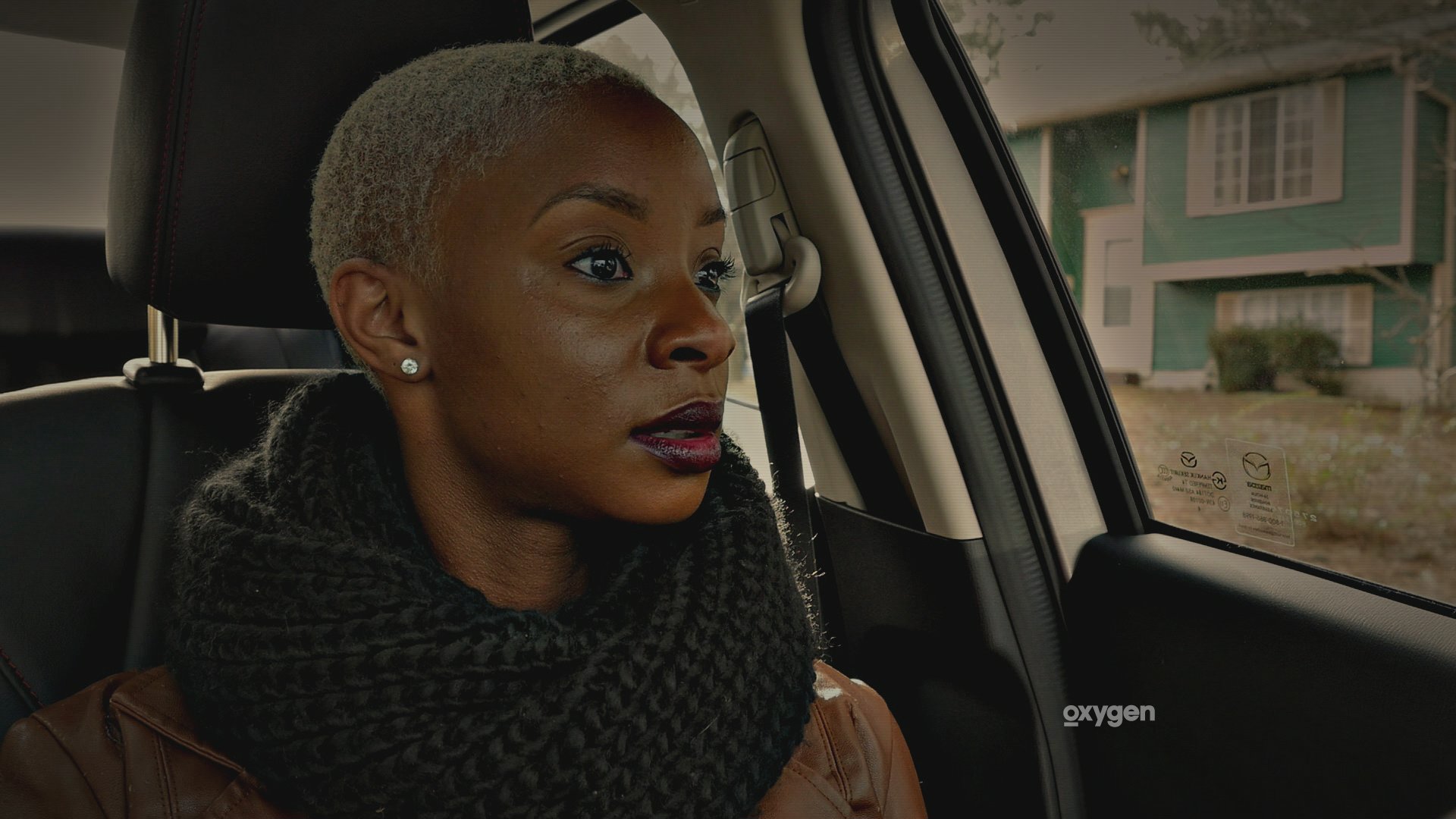 New York, NY – October 14, 2015 – Oxygen Media embarks on a journey of self-discovery with the new family-focused docu-series “Finding My Father,” premiering Wednesday, December 9 at 9pm ET/PT. The eight-episode series follows 16 young women and men taking a leap of faith in the hope of connecting with their biological fathers for the first time. Using social media, distant family connections, and the assistance of private investigators, these bold young people attempt to piece together details about their fathers’ lives and current whereabouts in order to answer key questions and heal the emotional scars left by their absence. The journeys often take unexpected turns, including discovering previously unknown siblings, finding out a father is currently homeless and learning that a dad has lived only an hour away for his biological child's entire life. The series examines the importance of family to young people’s identity and explores the lengths they will go in order to find their fathers—and, in a way, a piece of themselves. For more “Finding My Father” content, check out the official Oxygen Facebook Page and join the conversation on Twitter or Instagram using hashtag #FindingMyFather.

“The brave young people undertaking this transformative experience on ‘Finding My Father’ face endless unknowns, high emotions and challenging obstacles,” said Rod Aissa, Executive Vice President of Original Programming and Development, Oxygen Media. “Even when the outcome is far from what they expected, the risks are worth knowing where they come from.”

Amanda, age 26: Amanda’s passion for helping and healing led her to a career in equine therapy for veterans, as her husband struggled with PTSD. Emotionally distant from her stepfather and abandoned by her biological one in favor of his second family, Amanda hopes to rely on the half-brother she has never met to guide her journey to find her dad.

Ashley, age 22: Ashley is a single mother who is determined to keep her son’s father in the picture, since she grew up without her dad. Alongside her twin brother, Ashley hires a private investigator to track down her father, who was shipped off with the Navy before their mother could tell him she was pregnant.

Alexandra, age 24: Alexandra is a transgender actress and singer who grew up in foster care and was separated from her eight siblings. Her mother passed away when she was nine, and her remaining family is not supportive of her transition. As Alexandra approaches the last stage of becoming her true self, she hopes her father will accept and embrace her.

Alec, age 19: Alec is a college student from Georgia who missed having a male role model in his life. His parents were married and deeply in love, but accusations of infidelity drove them apart when Alec was a baby, and his mother chose to not maintain contact with his father. Alec turns to social media to find his older half-sister in the hope of getting closer to their father.

Avise, age 29: Avise is a talented hair and makeup artist who was raised by her grandmother because her parents struggled with drug addiction. Avise’s ex-fiancé, Amefika, joins her search for her father in the hope that their reunion will help the couple mend their relationship.

Lacy, age 27: Lacy is a successful, newly engaged art director at an advertising agency. Her mother wanted a child, so she intentionally got pregnant while casually dating Lacy’s father, who was not ready for the responsibility. Lacy is overjoyed to unite with her half-sister, Crystal, as they search together for their father and a connection to his heritage.

Kari, age 29: Kari is anactress who grew up with loving and supportive adoptive parents. Her birth mother recently came back into her life, and the two discovered that they have a lot in common, including both being adopted. They decide to take the journey together to find Kari’s father and fill the void he left in both of them.

Angie, age 39: Angie is a biracial entertainment correspondent who was adopted at three weeks of age. Her white birth mother faced familial pressure to put the baby up for adoption because she was half-black. Through Facebook, Angie tracks down her father’s sister, who helps her start the search so she can better understand her racial identity.

Justin, age 26: Justin is a rapper and model who loves entertaining a crowd. When he recently came out as bisexual to his mother, she did not approve and took the opportunity to tell him that the man who raised him was not his biological father. Justin searches for his father, hoping that his dad will support Justin's sexuality.

Blake, age 26: Blake is afull-time law student and fashion blogger. Her mother gave birth to her at age 17 and struggled with addiction and Blake ending up in foster care. Although Blake hasn’t seen her mother in ten years, she knows her mom could be the key to finding her father.

Alyssa, age 30: Alyssa has two children with her longtime boyfriend. Although he has wanted to marry her for years, she is unable to walk down the aisle without knowing her father. She hits a roadblock early on in her journey with her aunt tells Alyssa that there are reasons her father should not be found.

Rebekah, age 24: Rebekah serves in the Marine Corps and has a loving family. She was conceived during a one-night stand between her parents, and until recently she thought her father abandoned her when she was 5. However, during her journey, Rebekah learns the truth that her mother pushed him away.

Lora, age 29: Lora is married with two children.Her half-sister recently reached out to her on Facebook, sparking the realization that her father may not have passed away from AIDS as she had previously thought. Although her mother has always been against Lora knowing anything about her father, Lora is ready to demand answers.

Konisa, age 36: Konisa is a singer/songwriter who recently lost her mother to cancer. She didn’t want to offend her mother by asking too many questions about her father, but now she realizes that life is too short to continue without knowing where she came from.

Danielle (age 30) and Dax (age 25) are a couple who are both searching for their fathers. Danielle is a massage therapist whose biological mother was a prostitute addicted to drugs. She was adopted at age nine by loving parents and hopes her adoptive mother will help her find her father. Dax is a fire performer who was raised in a group home and then by his grandparents after he and his sister were rescued from their mother’s meth lab when he was seven. He hopes his grandmother can give him some insight into his father.

Immediately following “Finding My Father,” Oxygen is giving viewers a firsthand look into the personal journey of Rich and DawnCheré Wilkerson as they strive to change the perception of faith and belief to a new generation of seekers in the series “Rich In Faith,” premiering Wednesday, December 2 at 10PM ET/PT.  Rich Wilkerson Jr. made international headlines when he married his friends Kanye West and Kim Kardashian, but this preacher’s kid is anything but new to the ministry game. Joined by his wife, DawnCheré, Rich is smashing stereotypes about religion with his successful young adult ministry, the Vous. But to whom much is given, much will be required as Rich and DawnCheré must balance the challenges of being young pastors while supporting their marriage and breaking out on their own to start a church. Ready for a new chapter and driven by their love, they are eager to share their innovative and thought-provoking ministry with believers and non-believers alike.

Oxygen Searches For Answers With “Finding My Father,” Premiering Wed Dec 9 at 9/8c

4 years ago
See All Posts