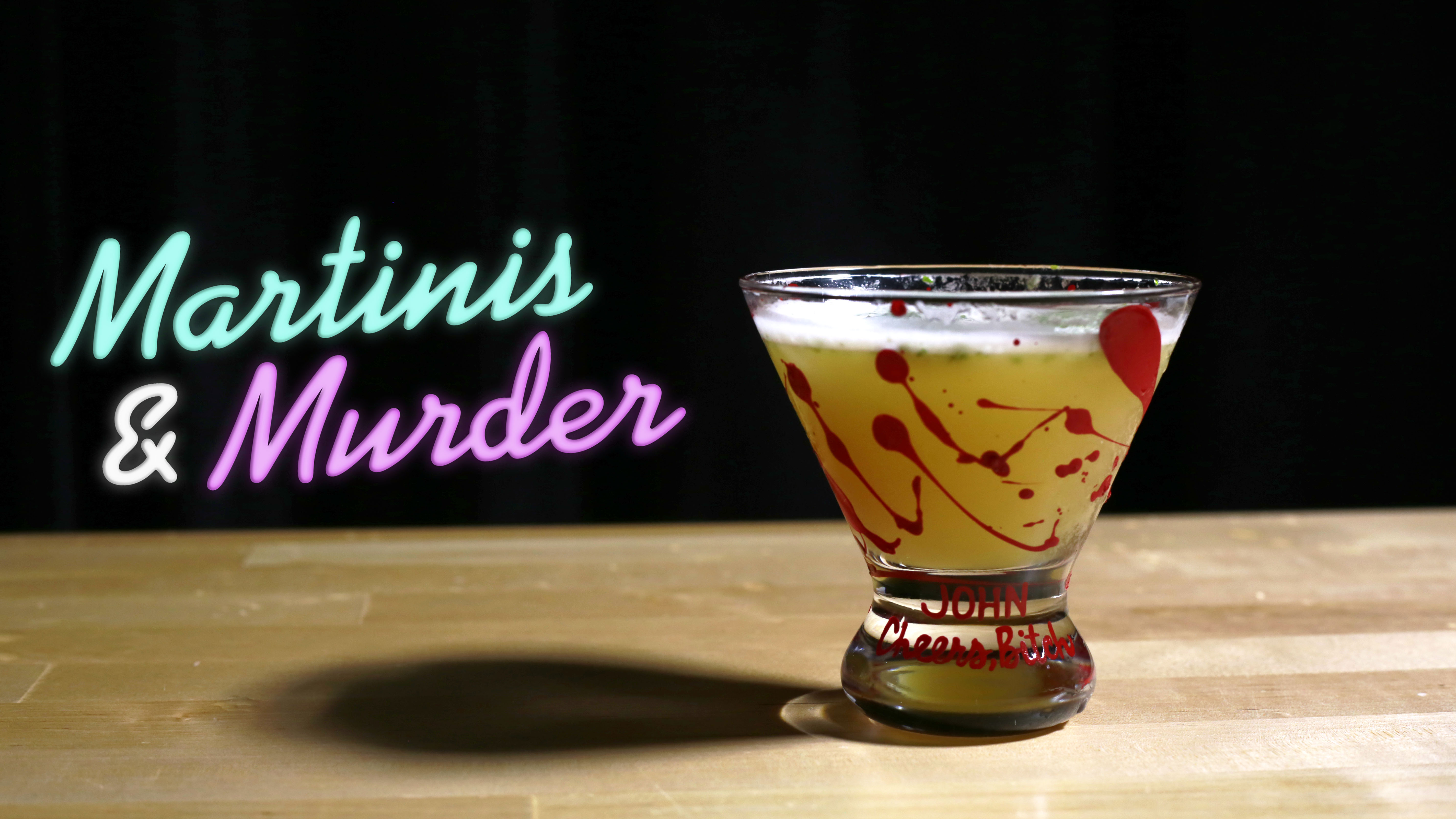 Summertime … and the talkin’ about murder is easy.

OK, maybe that won’t be a good remake of that classic song, but you know what should be a classic? This boozed-up take on lemonade with a hint of mint.

We picked a bourbon drink because, again, our case is based in Kentucky. (What is going on in Kentucky?!)

Here’s how to make it:

Muddle some mint in a glass. Combine bourbon, simple syrup, lemon and orange juices in a shaker over ice and shake until cold. Strain and serve over ice (optional) and top off with club soda.

Sip while listening to the case of the murder of Trent Digiuro, which when unsolved for years until an an anonymous tip drew suspicion to one of his college classmates.

Loyal listeners are in for a treat — or whatever the opposite of a treat is — in the recipe video above. We get dangerously close to seeing Matt the Bartender's face.

Hosts Daryn Carp and John Thrasher chat about creepy crimes and mysterious murders...while mixing up martinis! Each fun new episode of this true crime podcast will focus on a new crime, the crazy details and of course the theories about how it all went down. Be sure to subscribe to Martinis and Murder for new episodes every week!