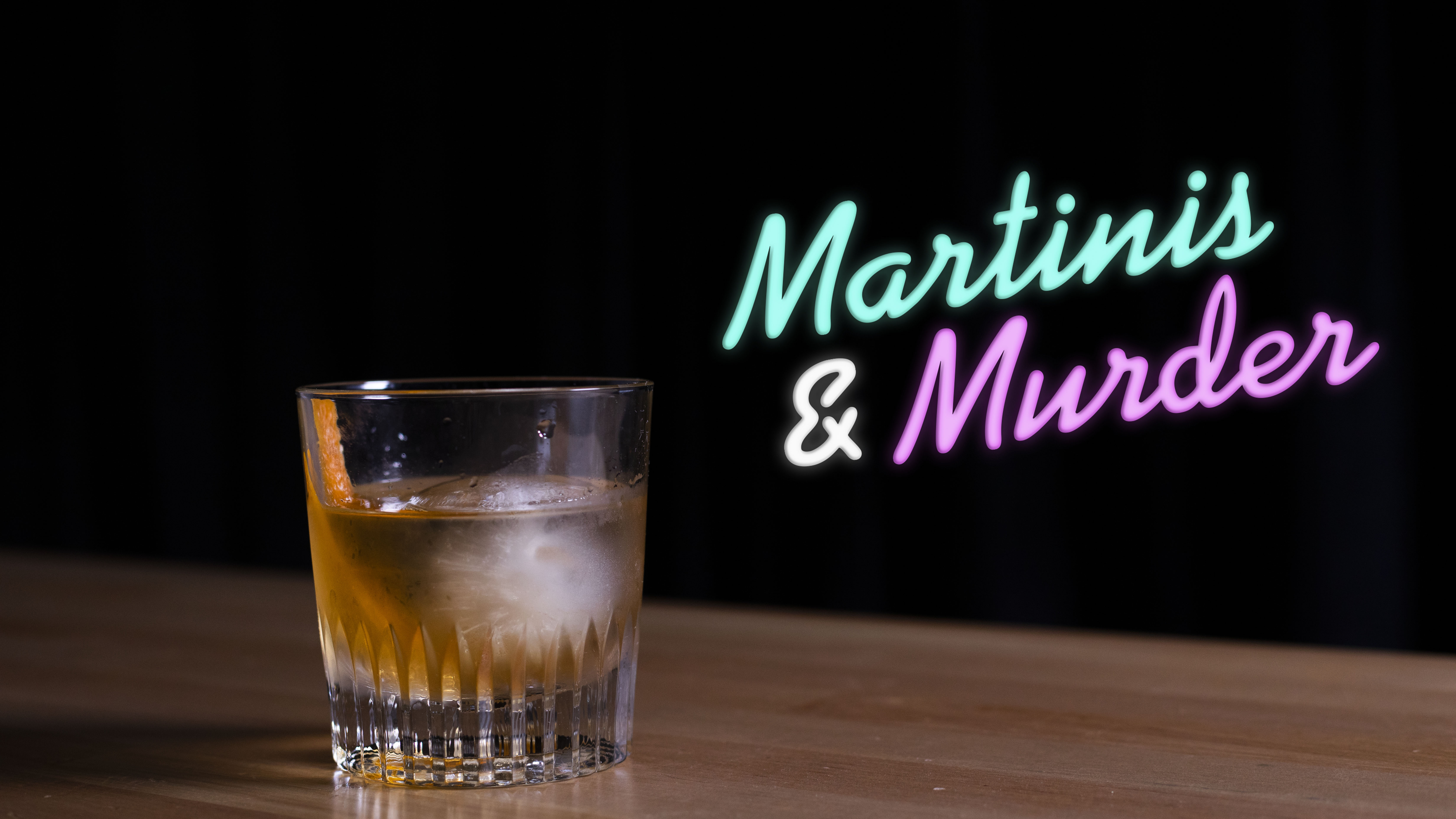 Hopefully this St. Patrick's Day, you have the luck of the Irish, and not, say, the luck John Thrasher has around orange peels.

We whipped up this riff on an old fashioned cocktail with Ballyhoo Irish Whiskey, which is rested on sight at Connaught the distillery in Western Ireland. The distillery, which has been open for three years, is part of a resurgence of Irish Whiskey as more new distilleries open around the country.

The cocktail plays up the caramel notes of the mellow whiskey with a caramelized simple syrup. Here's how to make it:

Method
Stir ingedients with a king ice cube. Garnish with an orange peel.
Optional: Find Martinis & Murder host John Thrasher and throw the peel at him.

*Caramelized simple syrup
Combine one cup sugar and one cup water over heat and allow to boil and caramelize. Remove from heat, add another cup of water. Return to heat and stir until incorporated.

Sip while listening to John Thrasher and Daryn Carp interview Nick Antosca, the executive producer of "The Act," which debuts on March 20, and dramatized the true crime story of Gypsy Rose Blanchard, and her mother Dee Dee Blanchard, who faked Gypsy Rose's ailments for years in order to garner sympathy and donations, until the relationship takes a dark turn.

Hosts John Thrasher and Daryn Carp chat about creepy crimes and mysterious murders...while mixing up martinis! Each fun new episode of this true crime podcast will focus on a new crime, the crazy details and of course the theories about how it all went down. Be sure to subscribe to Martinis and Murder for new episodes every week!

Another Shot #89 - Daryn Is Frankenfurter