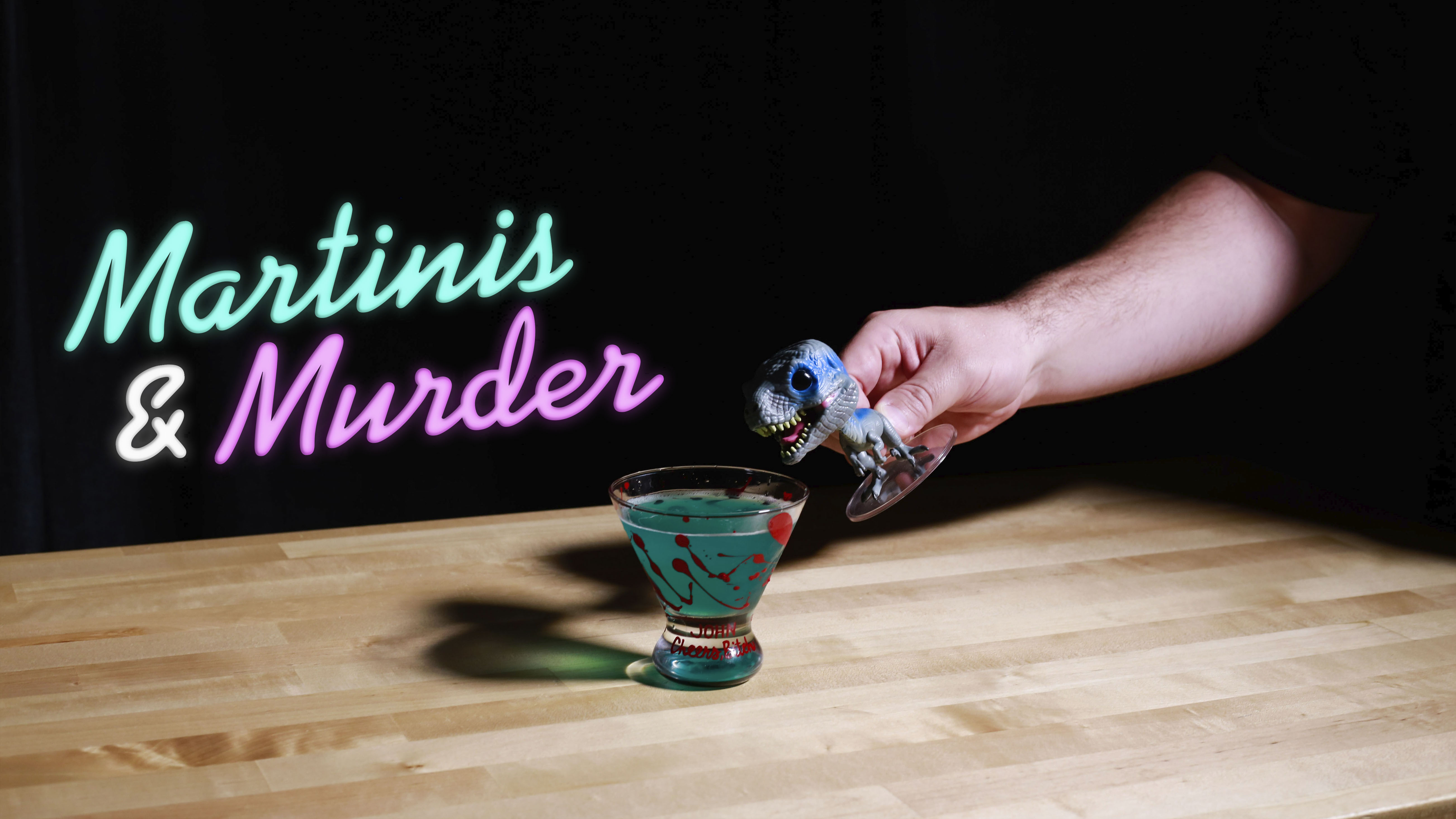 This week, John and Daryn took their martini game to a new level. To promote the upcoming release of Jurassic World: Fallen Kingdom, John was tasked with coming up with his own drink to share with the others on the show. Move over Matt The Bartender, John's coming for your job!

Here's what you'll need to make your own Blue Nublar:

Crushed ice
1 ounce of coconut rum
1/2 ounce Blue Curacao (If you like your drinks on the sweeter side, add 1 ounce instead of 1/2)
2 ounces Pineapple/Orange Juice

1. Mix with ice in a shaker

3. Get tickets to Jurassic World: Fallen Kingdom, in theaters June 22!

But Jurassic World: Fallen Kingdom isn't the only story with a whole lot of drama going down on the big island. This week, John and Daryn discuss the case surrounding Thalia Massie. The murder and all of the tragic details of the case took place in the early 1900s in Hawaii, before it was even a State.

Check out this week's episode and be sure to get your tickets to Jurassic World: Fallen Kingdom, in theaters June 22!

Hosts John Thrasher and Daryn Carp chat about creepy crimes and mysterious murders...while mixing up martinis! Each fun new episode of this true crime podcast will focus on a new crime, the crazy details and of course the theories about how it all went down. Be sure to subscribe to Martinis and Murder for new episodes every week!

Another Shot #89 - Daryn Is Frankenfurter

3 months ago
See All Posts