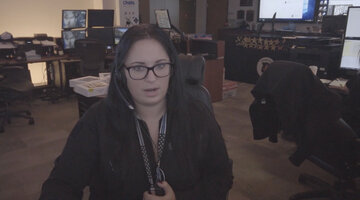 1:01
Preview
A Man Drives Himself to the Hospital After Being Shot 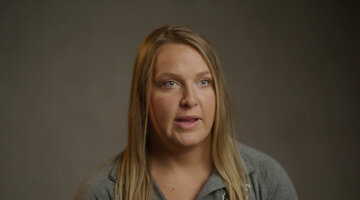 2:10
Preview
Lifeline Company Alerts 911 of an Elderly Woman in Need of Help 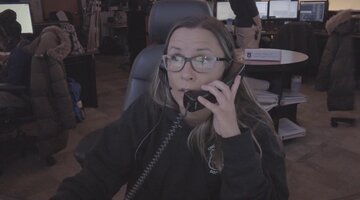 Unpredictability goes with being an emergency dispatcher. Every call can take unexpected turns.

Consider what happened on a recent episode of “911 Crisis Center,” airing Saturdays at 9/8c on Oxygen. Chagrin Valley Dispatch staff encountered a twisty situation while handling a report of a shooting at a fast food drive-thru.

After police were sent to the restaurant, dispatchers learned that there had actually been no shooting. A man had passed out as he was going through the drive-thru and his car hopped a curb, making a noise that sounded like a gunshot.

Dispatchers also spoke with a caller who reported that the car she left running in her driveway was stolen. Operators determined that the vehicle belonged to the caller’s mother.

“They’re not gonna get far,” the caller said, adding that the car used a keyless ignition.

The vehicle was recovered by neighboring police. No suspect was found.

Another caller reported that a fight had broken out near a bus terminal. One of the people involved had a knife, said the witness. The caller added that the person with the knife sped off on a bike. Then, a second related call came in reporting that a man had been stabbed. Dispatchers confirmed that the victim was breathing and advised the caller to keep pressure on the stab wound.

The victim was transported to the hospital for treatment. The case was under further investigation.

It’s non uncommon for 911 calls regarding animals to come in. In this episode, dispatchers also helped reunite a lost German Shepherd with its owner.

“I’m a big animal lover,” said dispatcher Melanie McCavish. “So any time somebody reports that they have their pet back, it’s a big relief.”

RELATED: Why You Should Never File A False Report: ‘911 Crisis Center’ Shares Penalty For Faking Emergency

Jessica Merkosky, a dispatcher with two years of experience, answered a call from a man whose 45-year-old mother had collapsed. He believed that she’d had a heart attack. Merkosky determined that the victim was having trouble breathing. Paramedics were immediately dispatched to the scene, while she guided the caller through CPR chest compressions.

“Lie her flat on her back,” said Merkosky, as she told the man how to do chest compressions until emergency personnel arrived. Merkosky stayed calm and focused, which helped the man aid his mother.

The caller’s mother was transported to the hospital. She had suffered a “widowmaker,” the deadliest kind of heart attack, according to “911 Crisis Center.”

In many instances, dispatchers don’t know what happens to victims after a call ends. But Merkosky learned that the 45-year-old heart attack victim survived the health crisis and was returning to work. For her efforts, Merkosky received a lifesaving pin.

“Knowing that I helped save this guy’s mom … this is one of those calls that I will never forget,” she said.

'911 Crisis Center' On What To During Dispute Between Neighbors

How A 911 Dispatcher Helped Woman About To Deliver A Baby