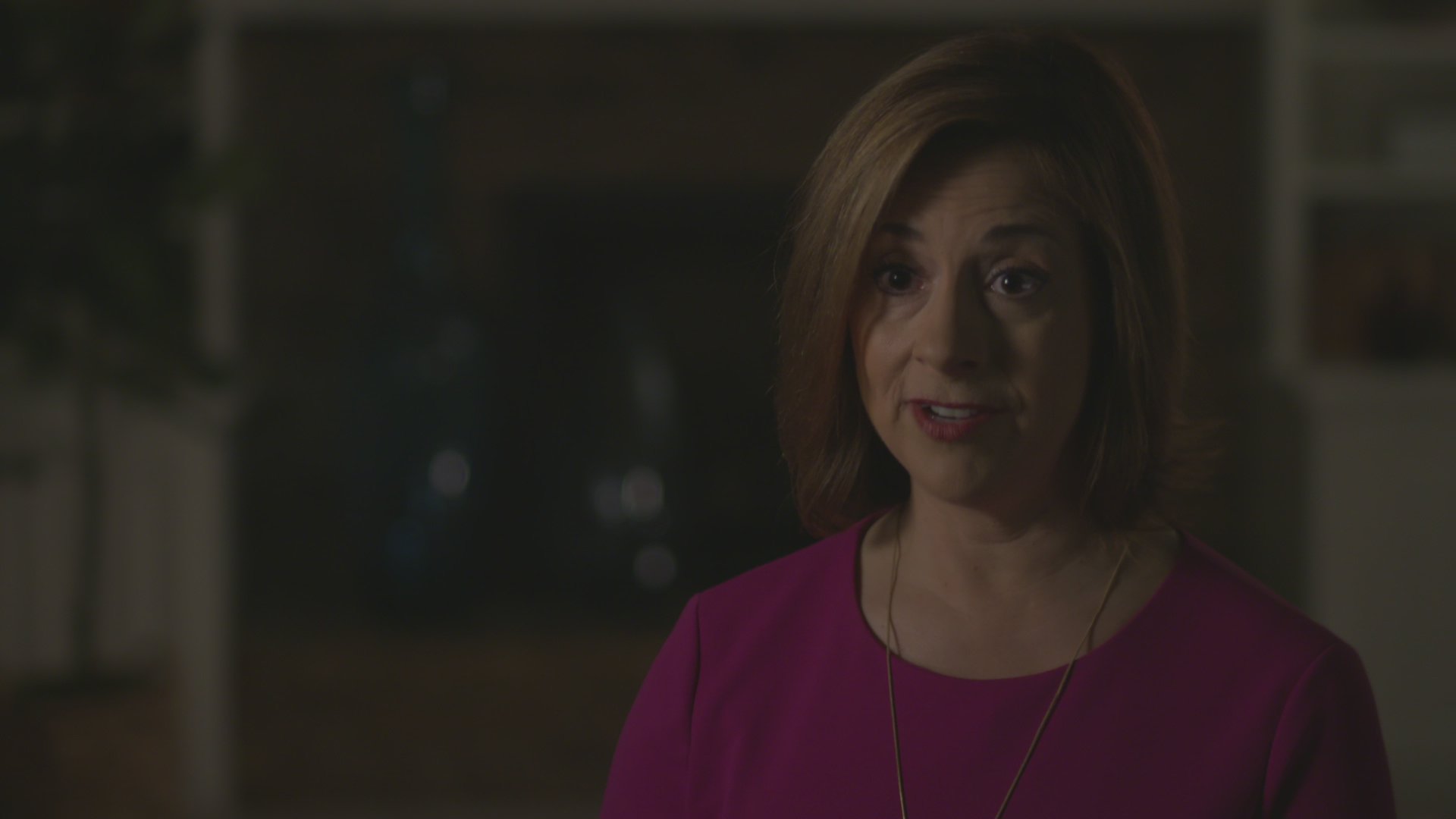 The day of her husband Michael Turpin’s memorial service, Elizabeth Turpin waltzed into the Lexington, Kentucky funeral home acting nothing like a widow.

Instead, the young newlywed wore a bright red dress and laughed with friends and family.

“She thought it was a party,” Michael’s father, Don Turpin, told “A Wedding and a Murder,” airing Thursdays at 9/8c on Oxygen.

This wasn’t the only odd behavior Elizabeth exhibited following the murder of her husband, who was stabbed 19 times in their apartment, then dumped in the spillway of a local golf course.

While speaking with Lexington Police Department Detective Fran Root, Elizabeth shared an unusually detailed alibi for the night of the slaying.

She claimed she left Michael at home around 7:15 p.m. on Feb. 2, 1986, to go out partying with friends from the car dealership where she worked. Elizabeth spent the night at co-worker Karen Brown’s apartment because it was raining, she had been drinking, and she didn’t drive well at night, she claimed.

“That was really the first time my interest got piqued on this young lady because she was telling me too much,” Root said.

Elizabeth also alleged her husband had been a drug dealer who went by the street name “Shark” and worked for an organized crime unit called The Family, while Michael's friends and family disputed the claim.

On Feb. 4, Brown unexpectedly showed up at the police station to corroborate Elizabeth’s alibi — and her stories about Michael’s alleged criminality. He also physically abused Elizabeth, Brown told police.

Investigators decided to dig deeper and learned Elizabeth and Michael’s marriage had begun to unravel. Friends claimed that, six months after tying the knot, Michael wanted to settle down and start a family, but Elizabeth refused to give up her partying lifestyle.

Detectives also learned that, while out at the club on Feb. 2, Elizabeth and Karen had shared a lengthy kiss that “left no doubt there was a relationship between Karen and Elizabeth,” Lex18 News reporter Nancy Cox told “A Wedding and a Murder.”

Believing Elizabeth could have had something to do with Michael’s death, police called his mother and asked her to look into his life insurance policy. Sure enough, days before the murder, $60,000 had been taken out on his life, and Elizabeth was the beneficiary.

“We believe that Elizabeth Turpin had to be linked to the murder, in that she was the only one with the real motive to see Mike Turpin dead,” Root said.

Meanwhile, Brown’s two roommates came to the station harboring their own suspicions about her. The morning after the murder, Brown was seen cleaning her car with co-worker Keith Bouchard, a mechanic from the dealership who was also at the club that night.

One roommate saw bloodstains in Brown’s car after she gave him a ride that morning, and Bouchard later asked him to get rid of his shoes, which had apparent bloodstains on them. Brown’s other roommate said Bouchard had been staying at their apartment, and that she had found a pair of his boxer shorts covered in blood.

Armed with their testimony, police brought in Brown and Bouchard for an interrogation and served a search warrant on her car, which investigators found had been doused in blood and bleach. Under questioning, Brown broke down and named Bouchard as the one who stabbed Michael, herself as the getaway driver, and Elizabeth as the mastermind behind the murder.

In exchange for a life sentence with parole, Bouchard pleaded guilty to murder and agreed to testify against Elizabeth and Brown. Bouchard testified that he and Brown drove over to the Turpins’ apartment and knocked on the front door.

As soon as Michael answered, Bouchard stabbed him multiple times with paring knives, while Brown helped hold him down. The slaying was at Elizabeth’s behest, Bouchard said.

Prosecutors argued Elizabeth wanted Michael dead for financial gain, and that she had manipulated the two assailants to carry out her bidding.

Elizabeth and Brown were both found guilty of murder and sentenced to life in prison without the possibility of parole for 25 years.

Texas Woman Gunned Down Just Days Before Her Wedding