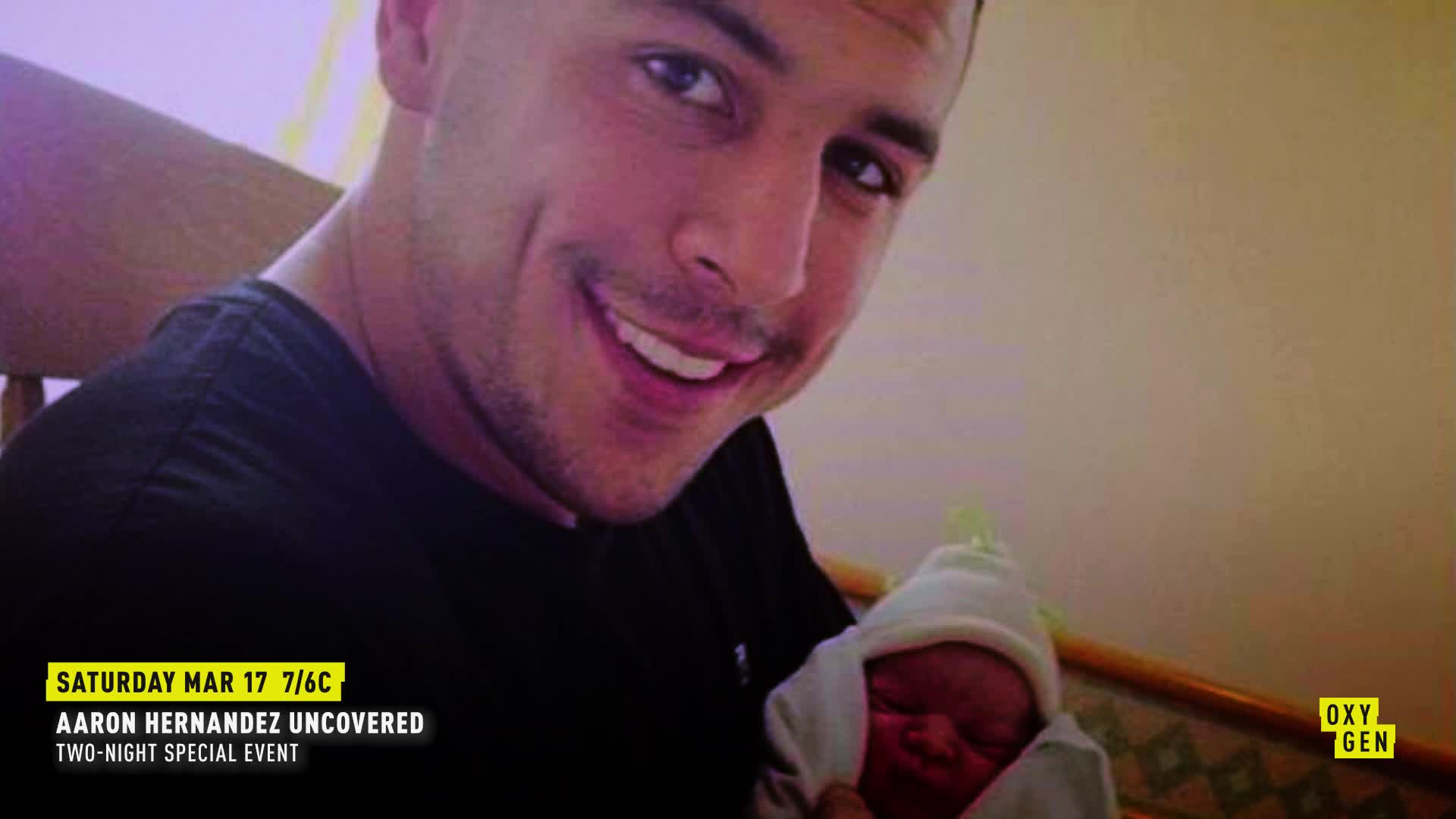 NEW YORK, NY – February 7, 2018 – Oxygen Media, the new destination for high-quality crime programming, premieres the new original docu-series “Aaron Hernandez Uncovered” with a two-night special event on Saturday, March 17 at 7PM ET/PT and Sunday, March 18 at 7PM ET/PT. Aaron Hernandez was a sports phenom who was destined to be one of the greatest tight ends in NFL history. He was adored by millions of fans, had a woman who loved him, and riches beyond his dreams until a series of events led him down a dark path to destruction. This two-part special goes beyond the headlines and takes a deep dive into Hernandez's dual life through never-before-seen interviews, vivid eyewitness accounts, testimony never presented in trial, startling new medical revelations, and a secret that tormented him—a secret that some may have gone to extremes to keep.

“Aaron Hernandez Uncovered” is the untold true story of NFL superstar Aaron Hernandez from the viewpoint of those who knew him best. With unprecedented access to Shayanna Hernandez, Aaron's fiancée and the mother of his only child, along with lead defense attorney Jose Baez, friends, former teammates, detectives, the prosecutor, the sheriff, and the journalists who covered his story extensively, this gripping two-part cautionary tale strips away the layers to answer the many questions left behind after Hernandez’s tragic death.

A detailed look into the world of Aaron Hernandez, a multi-million dollar football player with a beautiful wife and new baby…and a murder conviction. Why would he risk it all? The Massachusetts State Police paint a very dark image of Aaron Hernandez through definitive interviews detailing their strong murder case against him for the murder of Odin Lloyd, as well as damning surveillance footage from Aaron’s home that sealed his fate.  New information and never-before-seen interviews uncover the duality of Aaron’s life, including a secret he held onto until death, and a murky background that led to a life of crime.

Aaron's fiancée and friends discuss their struggles with accepting Aaron's new reality in prison. We then follow Aaron Hernandez’s second murder trial, this time for a double homicide.  Through courtroom footage and interviews with journalists who covered the trial extensively, we watch as one of the country's best defense lawyers, Jose Baez, successfully gets Aaron acquitted of all charges. Just when things are looking hopeful for Aaron, his darkest secret is revealed and his shocking suicide leaves us to wonder why.