Sign Up for Free to View
Who Killed Billie Cunningham? 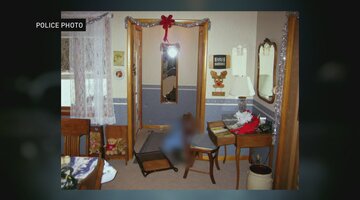 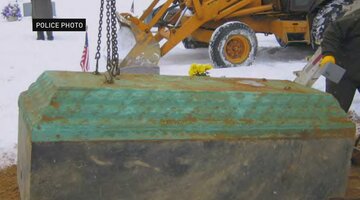 2:22
Preview
What Happened To Billie Cunningham? 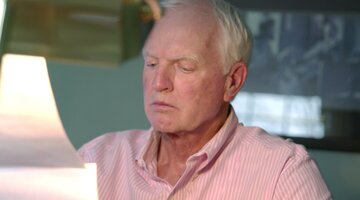 On Dec. 1, 2006, life for the family of Bernita “Billie” Cunningham changed forever.

After neighbors in her Hubbardston, Michigan town became concerned that something was amiss, they called her son to check on her. Upon his arrival, Bill Cunningham and his wife found a gruesome, unexpected scene.

His mother was on the floor, having apparently fallen off a stool and hit her head. But there were aspects of the scene that the family felt didn’t point to a simple accident.

There were copious amounts of blood on the surrounding walls of the foyer where she’d been found, and there was a softball-sized dent in the drywall. A wall mirror had also been broken, sending shards of glass all over the floor, and a step stool that had been knocked over.

There were no signs of forced entry, but Billie was known to keep her doors unlocked.

Investigators’ initial theory was that Billie, who was diabetic but otherwise healthy at 80 years old, was standing on a stool to hang up Christmas decorations when she fell over into the mirror after suffering a seizure. They surmised that the blood on the floor likely came from Billie cutting herself on the mirror glass as she thrashed around after the fall.

Although authorities believed the tragic death was an accident, her family had doubts.

An autopsy revealed that Billie had suffered cuts to her throat and face, a broken cheekbone, and various injuries to her hand and midsection, all of which led the medical examiner to rule her death an accident.

But in addition to finding it unlikely that their mother would risk her safety by using a step ladder in the first place, Billie’s children found several things at her home that didn’t add up.

A figurine of Santa Clause, a favorite of their mother’s that had occupied the same spot in the living room for years, had been left broken on the ground more than 20 feet away from where authorities believed she had fallen.

Food had also been spilled and left on the floor, a red flag for the Cunningham children, who always knew their mother, someone who raised seven children and ran a “tight ship” the entire time, to be an extremely tidy woman throughout her life.

“It just didn't make sense,” her daughter, Julie Cunningham, told Oxygen’s “Accident, Suicide or Murder.” “We knew that it wasn’t an accident.”

The family was convinced that someone had entered their mother’s house and attacked her, and they urged the Ionia County Sheriff's Department to reopen the case and find the killer. Despite several meetings, authorities stood by their initial conclusion and declined to investigate.

Determined to find justice, the Cunningham siblings hired private investigator Don Brooks to look into their mother’s death, and after diving into the case, Brooks soon came to same conclusion as his clients: Foul play was involved in Billie’s death.

“It was very clear. Nothing about this scene seemed accidental to me,” Brooks told producers.

Brooks interviewed Billie’s neighbors and friends, and he learned that although Billie was known to keep money in her purse, it was empty following the murder. Also concerning was a neighbor’s comment that Billie had expressed reservations about a new neighbor, a young man who had moved in across the street with his girlfriend’s family.

Neighbors said that on the day she died, Billie had an encounter with 17-year-old Justin Stephens. He came over that morning and asked to use the phone, and Billie let him inside. Stephens reportedly made a call that no one answered, and he then asked if he could help her hang up her Christmas decorations. Billie said no, and he left the residence.

After hearing the story, Brooks began to investigate Stephens, and he found that the teen had told police he had not been inside Billie’s home since the previous year, when he visited with a friend who was selling cookies for a fundraiser.

With this new information in hand, Brooks was able to convince the sheriff’s department and the Michigan State Police to reopen an investigation, much to the relief of the Cunningham siblings.

Retired detective sergeant Michael Morey, formerly of the Michigan State Police, took on the case, and after combing through the crime scene photos and surveying the house for himself in person, he quickly noticed multiple details that were suspicious.

Billie’s dentures were found on the floor near the body as if they had been knocked out, and there were huge amounts of blood at the scene — not only on the floor, but also on the three surrounding walls. He also zeroed in on the broken Santa statue: A piece of it had somehow managed to get into another room, 22 feet away, and had put a dent in the wall after it was seemingly thrown.

Morey arranged to have investigators with the state crime lab come out and dust the home for fingerprints, and they also collected physical evidence, including hairs that were retrieved from the broken mirror.

Morey, meanwhile, focused on Stephens as a suspect. While investigators found no cuts on his hands that suggested any contact with the broken mirror, he unexpectedly fled the state, moving back to his hometown in Texas, ahead of a polygraph appointment.

Undeterred, Morey continued his quest for the evidence he needed, and he had Billie’s body exhumed. Although it was a hard decision for the Cunningham children, the drastic move proved worth it. A forensic pathologist performed a second autopsy and found evidence of blunt injury — a fractured nose, upper jaw, and bruising on her face and on the back of her left hand — that the local medical examiner’s office had not listed.

Billie had been hit with a blunt object at some point before her death and had died from four deep lacerations to her neck, forensic pathologist Dr. Stephen Cohle told “Accident, Suicide or Murder.” He concluded that her death had been a homicide.

Emboldened, detectives continued their investigation, and they received a break in the case in July 2009, more than two years after Billie was killed, when Morey, who had been keeping tabs on Stephens, was notified that he had been arrested for trespassing.

Morey and his partner on the case, Michigan State Police Detective Sergeant Brian Siemen, flew to Texas the following day to interview Stephens at a county jail. First, however, they stopped to speak with Stephens’ aunt, whom he had stayed with after fleeing Michigan.

She told them that when Stephens arrived, he gave her a bloodied sweatshirt and a knife, both of which she was still in possession of. She said that Stephens had claimed the blood was from a Michigan hunting trip, but unsurprisingly, detectives didn’t buy it.

“My heart started to race. I thought, ‘Maybe this is the smoking gun we’ve been looking for all along,’” Morey told “Accident, Suicide or Murder,” airing Saturdays at 7/6c on Oxygen.

Their interview with Stephens was even more revealing.

Suspecting that Stephens had stolen a $100 bill from Billie’s purse, detectives asked him how he had made money during his time in Michigan. He claimed that his aunt had given him money, but detectives had already spoken to her, and she denied ever doing so.

After that revelation, Stephens stopped talking, and the case took another hit back in Michigan, where the crime lab failed to find any DNA on the sweatshirt, which had been washed numerous times since 2006, or the knife.

Still, detectives Morey and Siemen forged ahead, looking for any details that linked Stephens to Billie’s murder. It ended up being Stephens’ phone records that supplied them with the break they needed.

On the day of Billie’s murder, Stephens was home alone and had been using his phone continuously. The only gaps in the call logs were during the time Billie told a neighbor that Stephens had visited her, and at the time of her murder.

They also found that, despite Stephens having claimed he needed to use Billie’s phone, phone records showed that no outgoing calls were placed from Billie’s home on the day of the murder.

Despite the promising circumstantial evidence, authorities were still hoping for an admission from Stephens to tie the case together. Luckily for them, Stephens was arrested again in Texas (this time for drug possession), and a Texas Ranger agreed to interview Stephens on their behalf.

Although the Texas officer managed to get close to a confession, Stephens, near tears, called his sister, and she instructed him not to say anything more to the authorities.

Meanwhile, the crime lab discovered that one of the hairs on the broken mirror belonged to a dog. Even though Billie did not have any pets, there were three dogs at the home of the family with whom Stephens had been living.

Further testing showed that the dog hair did, indeed, belong to one of those three dogs, and Stephens was finally linked to the case. Shortly afterward, the Texas Ranger who had been collaborating with Michigan police was able to interview Stephens again, and this time, Stephens confessed to breaking into Billie’s home and murdering her.

Michigan detectives flew to Texas and arrested Stephens for Billie’s murder. They then interviewed Stephens again, during which he finally told them what happened that day in December 2006.

Stephens said he waited for Billie to leave her home, and then he broke into her house, hoping to steal some cash. Billie caught him in the act, however, and told him that she was calling the police.

Stephens then panicked and grabbed a nearby object — likely the Santa statue — and hit her with it. He admitted that a struggle ensued, but he glossed over the actual murder, telling detectives that the next thing he remembered was being covered in blood behind Billie’s house.

Finally, nearly four years after Bernita “Billie” Cunningham had her life stolen, Stephens was charged with first-degree murder and stood trial. It took a jury only three hours to convict him, and he was sentenced to life in prison.

“When I finally heard the jury foreman say the word ‘guilty,’ it was three-and-a-half years of investigation finally come to a conclusion that was favorable, and I felt rewarded for all my work,” Morey said.

For more information on Billie’s case, including what Stephens’ sister said on the stand that made a huge impact on the trial, watch “Accident, Suicide or Murder” at Oxygen.com. New episodes air every Saturday at 7/6c.