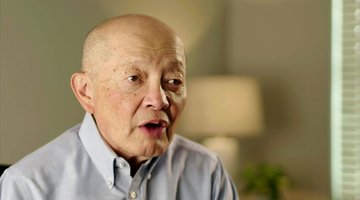 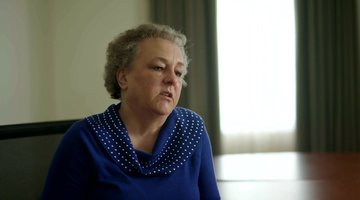 In Rexford, Idaho, David and Lorraine Kaneko and their daughter, Laura, were known in their Madison County community as a family that was intelligent and deeply committed to their Mormon faith.

David had a secure job at the Naval Reactors Facility outside Idaho Falls. Laura dreamed of being a doctor and one day curing cancer, family members told “Accident, Suicide or Murder,” airing Saturdays at 8/7c on Oxygen.

In 1994, the Kanekos began to distance themselves from the community and the LDS Church. At the same time, David became controlling. He wouldn’t allow Laura, valedictorian of her high school class, to deliver a speech at graduation. He squashed ideas she’d had about going to Japan as part of their church missionary program.

Investigators told “Accident, Suicide or Murder” that the women came to the door and told them that they understood the concern but that their lifestyle was by choice. Officials entered the home and confirmed that there was food, running water, and electricity available.

The next welfare check came in 2001. Once again, the mom and daughter told authorities they were all right and could care for themselves.

On June 19, 2004, while David was at work, officers arrived at the Kaneko home with a warrant to enter the home. By this time, Lorraine, 58, and Laura, 33, had been unseen for nearly a decade. Lorraine’s brothers hoped that the two would agree to speak with a psychologist who could evaluate their mental states.

Investigators who entered the home were struck by chaotic clutter they found inside, they told producers. Black plastic covered the windows. There was a strong chemical smell in the house that wasn’t masked by hundreds of air fresheners. Investigators then opened a door and were hit by an overwhelming odor.

Beneath the blankets of a bed, Lorraine and Laura’s “extremely decomposed” bodies were found lying together side by side, said Capt. Travis Williams, former detective for the Madison County Sheriff’s Dept. One body was almost to the skeleton stage. The other body appeared to have been there a shorter amount of time.

“It looked like a mummy. That really shocked me,” said Lt. David Stoddard, a former detective with the Madison County Sheriff’s Department. “I remember thinking, they had to have died right after that last welfare three years ago.”

Detectives had to consider that the two women were victims of murder, and David, they said, was the prime suspect. When David arrived at his home, he told investigators that he needed his attorney present before he could talk with them.

The victims’ bodies were brought to the medical examiner for autopsies. Every item and every scrap of paper was removed for analysis.

Detectives tried to ascertain David’s role in the gruesome deaths. “He didn’t have any concern as to what happened to Laura or Lorraine,” said Williams. Instead he was concerned about what authorities were doing with his property.

David wasn’t charged with a crime but was placed on a $500,000 material witness bond to keep him in jail, according to “Accident, Suicide or Murder.”

Daily food logs and diaries kept by Lorraine and Laura were scrutinized in hopes that they’d hold clues about their deaths. The journal entries by the mom and daughter documented 10 years of progressively deeper seclusion. In Lorraine’s journals, she referred to her husband moving through the house “like a vapor,” according to investigators, and “she call[ed] him a murderer.”

Investigators determined that Laura died first, in May or June of 2001. Her cause of death was dehydration and possibly starvation, according to Dr. William Rodriguez, chief forensic pathologist, U.S. Dept of Defense Medical Examiner.

Lorraine, who had died a year or so before her body was found, starved to death. There were “no signs of beating, stabbing, shooting or poisoning,” reported the Lewiston Tribune.

David had lived with his daughter’s decaying body for three years and with his wife’s corpse for a year.

“I just can’t imagine why you would want to live in the same house with your daughter’s decomposing body,” Lisa Dayley-Smith, a journalist with the Rexburg Standard Journal, told producers. “That’s just straight out of some horror movie.”

Painstaking analysis of the women’s journals shed light on why and how the women died. Both women were mentally ill. Diaries revealed that Laura had a mental illness that started manifesting itself in her early teens. Laura believed she had received a revelation in 1994 that she was supposed to marry an apostle. She and her mother stopped eating as part of a cleansing process to fulfill that vision.

Detectives still needed clarity about David’s state of mind, along with his role in the women’s deaths. He’d continued to work and seek medical attention for his ailments, but never sought interventions for his wife and daughter.

As prosecutors weighed possible charges against David, they requested that he undergo a psychological evaluation. Officials then invoked a special magistrate to force the psychologist to share what David had revealed.

Investigators learned that David explained that he’d discovered that Laura had died and that his wife was determined to fulfill the prophecy. When Lorraine eventually died, he placed her in bed next to Laura.

Authorities considered an array of charges, including murder, but determined that his actions -- and inactions -- didn’t rise to the level of homicide. However, he knew they were sick and didn’t get them help or report their deaths, reported the Lewiston Tribune.

David was charged with two counts of involuntary manslaughter, two counts of abandoning a vulnerable adult, and desertion and nonsupport of a spouse. He was sentenced to four to six years in prison with a six-month mental health rider program. After completing the six month program, he was released on five-year probation.

David then spent the following 11 years living in the same home where Lorraine and Laura had died. In 2014, he made a court request for his manslaughter convictions to be cleared from the record. On June 3, 2016, at the age of 76, he died of cancer.

To learn more about the case, watch “Accident, Suicide or Murder,” airing Saturdays at 8/7c on Oxygen, or stream episodes here.