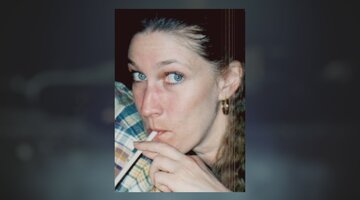 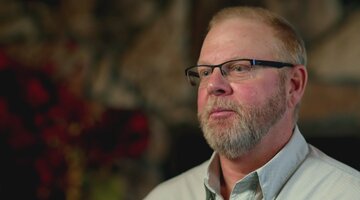 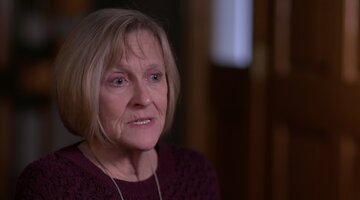 What began as an investigation into a car accident that occurred on a lonely rural highway one fateful night quickly unfurled into something much more sinister.

In March 2002, Steve and Deborah Hollermann were driving home on a stretch of highway in Isanti County, Minnesota when disaster struck. Steve, who was behind the wheel, crashed the car into the back end of an unoccupied vehicle that was parked on the shoulder.

Witnesses who saw the accident said that Steve pulled his wife out of the car following the collision and cradled her in his arms until first responders tore him away. While Steve, who was wearing a seatbelt, was taken to the hospital uninjured, the crash proved fatal for his wife, who was not wearing a seatbelt at the time of the accident.

Although it seemed to be an open-and-shut case, for former Minnesota state trooper Tony Snyder, something just didn’t add up.

Snyder recalled that inside the car, there was “more blood than I had ever seen in any accident,” but the vehicle itself wasn’t totaled and was “probably drivable.”

“How can there be this much blood, this little damage, and somebody is dead?” Snyder told “Accident, Suicide or Murder,” airing Saturdays at 6/5c on Oxygen. “That just seems odd to me.”

To friends, the Hollermanns, who had been married for 14 years, appeared to be the perfect couple. That night at the hospital, however, Steve didn’t shed a tear when he found out his wife was dead, according to Snyder. Friends also recalled that Steve was acting withdrawn and repeatedly said that the accident was his fault.

Hoping to learn more about the crash, Snyder went to the impound lot to take pictures of the Hollermanns’ vehicle. When he arrived, however, he learned he wasn’t the only person interested in the vehicle. The lot owner told Snyder that Steve had called multiple times asking for the car to be released.

“Now, this is two days after the accident. Why would he want his vehicle? It’s coated in blood,” Snyder told producers.

As Snyder photographed the Jeep in the light of day, he found that blood was on the backseat, on the ceiling, and “literally everywhere.”

“There’s way too much blood in this vehicle for this crash to have caused it. That’s when I knew this was not a routine fatal accident,” he said.

By that point, however, the medical examiner had ruled that Deborah’s injuries were consistent with a death from a car crash.

Snyder, on the other hand, remained unconvinced, and his suspicions grew when police received an anonymous tip that Steve had been having an affair with a co-worker at the hospital where he worked.

Snyder shared his hunches with colleagues and the county attorney, all of whom agreed that the Hollermann crash deserved further investigation.

From there, a group of investigators from multiple agencies joined the case, and together, they examined the Jeep. They agreed the amount of blood seemed inconsistent with the damage to the car, and they set up a conference call with the medical examiner to discuss their findings before the autopsy was finalized and the death certificate filed.

The call to the medical examiner, however, proved to be too little, too late. Deborah’s autopsy had been completed the morning after her death, which was ruled an accident.

She had suffered multiple skull fractures and bruising to her brain, and it was determined she had died as a result of blunt force trauma from injuries she sustained during a car crash.

Snyder, who maintained there was foul play involved, wanted a second, more in-depth autopsy performed, but complicating matters even further was the fact that Deborah’s body had already been cremated.

Still, even after the medical examiner tried to reassure Snyder that Deborah had died from the car crash, he continued to dig.

Steve claimed that prior to the crash, the two had gone out to dinner and shopped at several stores in Cambridge. Investigators used the couple’s receipts and store surveillance footage to back up Steve’s timeline, and they noticed there was a two-and-a-half-hour gap between when they left the last store and when the accident occurred.

“He left at around 7:25, and it’s about a 20-minute drive from the store to his home in Princeton. And I got the call for the crash at 10 o’clock at night,” Snyder told producers.

Investigators also learned that the Hollermanns’ vacation cabin, which they stayed at every summer, was the halfway point between Cambridge and Princeton, leading them to believe the couple had possibly visited the cabin the night of the crash.

Authorities were able to secure search warrants for the cabin and the Jeep, and while there was nothing at the house to suggest a violent crime had occurred, the Jeep was another story.

The lever used to adjust the position of the driver’s seat had blood on it, as did the switch used to turn on the headlights. The driver’s side seat had also been pushed back almost as far as it could go.

The small knob used to adjust mirrors, which was located on the passenger side, was bloody and covered with pieces of flesh and hair.

Finally, there was a crack in the windshield on the passenger side with a bloody sweater print, cementing investigators’ belief that Deborah was bleeding before the crash and had already been injured.

By then, the medical examiner’s office had been willing to suspend issuing a death certificate, and the findings in the Jeep were enough for them to change the manner of death from an accident to a homicide.

Authorities believed that Steve played a much bigger role in his wife’s death than they were originally led to believe, and when they brought him in for another interview, Steve began to confirm those suspicions.

While he initially claimed that he and Deborah had been arguing over how to remodel the cabin, he eventually began to reveal a different, more violent story to the authorities. He told investigators that he and his wife gotten into an argument and he assaulted her, grabbing her by her hair and slamming her head into the corner of the vehicle.

Despite the shocking admissions, authorities were not able to arrest Steve until nine days later because “it was a voluntary conversation between law enforcement and him … We had to let him leave,” Snyder said.

They later apprehend Steve at his home, and he was booked into the county jail. There, he agreed to give a more detailed statement about the assault, telling investigators he banged Deborah’s head against the mirror adjuster.

At one point, she attempted to flee, but he brought her back to the car, saying that he needed to get her to a hospital. He claimed she then slipped and hit her head on the outside of the Jeep, and after driving off, the accident occurred.

On April 19, 2002, Steve was charged with second-degree unintentional murder, and he pleaded not guilty.

Investigators spoke with the woman Steve was having an affair with, and she confessed they had been seeing each other for more than a year. The day of Deborah’s death, she said they spent time at the cabin and had sex multiple times.

They also learned that Deborah had plans to confront Steve that night about the relationship.

“After their shopping spree, maybe Deb saw something in the cabin that she was suspicious of and questioned him about it,” Snyder told producers.

By examining a reconstruction of the crime scene, investigators discovered that Steve had only been driving about 40 mph, contradicting his statement that he had his cruise control set at 60 mph.

Based on the car speed and tire marks, they concluded the crash was likely intentional.

“Steve had driven his Jeep almost directly in a straight line off the road to hit the stalled car. He had slid his seat about as far back as he could go and still reach the controls of the vehicle … That was not an accident,” former Isanti County chief deputy Stoney Hiljus told “Accident, Suicide or Murder.”

He was sentenced to 17 and a half years in prison, and he was released on parole in 2014 after serving 11 years. He moved back to Princeton with the woman he was having an affair with.

For more shocking information on the Hollermann case, watch “Accident, Suicide or Murder” at Oxygen.com. New episodes air every Saturday at 6/5c on Oxygen.

See The Shocking Cases Of 'Accident, Suicide Or Murder'