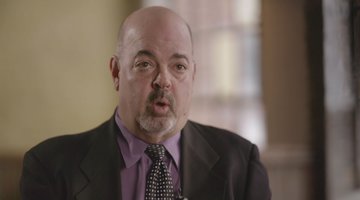 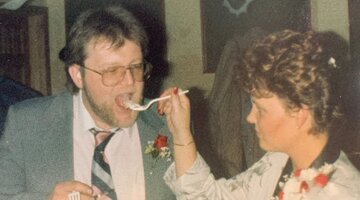 1:04
Exclusive
Ralph Ludvik’s Loved Ones Reminisce About Him 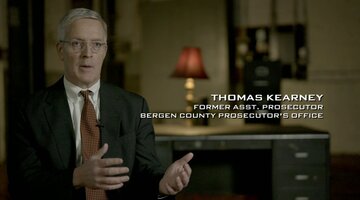 On February 15, 2003, officers from the Garfield Police Department in New Jersey along with medical personnel responded to an early morning 911 call concerning 45-year-old Ralph Ludvik.

His wife, Debra Aquilina, said she had returned home from a trip to the pharmacy. She found him lying on their bed, not breathing. Emergency personnel tried to give Ludvik first aid, but he was already dead.

Aquilina pointed out heroin, cocaine, and syringes in a bedroom dresser to Bergen County PD Det. Michael Latona. The drugs and paraphernalia suggested that Ludvik had overdosed.

Investigators learned that Ludvik, a mechanic with a daughter from a previous marriage, had struggled with alcohol addiction since his 20s. He eventually got sober and moved into a longtime family house with his elderly, ailing Aunt Jane. The living situation was beneficial to both. Ludvik met Aquilina at a 12-step meeting and married her in 2002.

After Aquilina’s son Mark, who used drugs, moved into the home, Ludvik fell off the wagon following more than eight years of sobriety, according to “Accident, Suicide or Murder,” airing Saturdays at 7/6c on Oxygen.

Making matters worse, Aunt Jane’s health took a turn for the worse. She died in the fall of 2002. Four months later, Ludvik was dead from an apparent accidental overdose. But a question nagged at Latona, he told producers. Where was the needle that Ludvik used to inject himself? It should have been near his body but there was no syringe. Aquilina offered no explanation.

An autopsy was scheduled to definitively determine the cause of death. It was found that Ludvik died of a heart attack linked to an accidental overdose of heroin, cocaine, and morphine.

That conclusion shocked Ludvik’s ex-wife, who told producers that he hated needles. Ludvik’s brother, meanwhile, said that he was angry that Aquilina and her son brought drugs and alcohol back into Ludvik’s life. Exacerbating family tensions was what happened at Ludvik’s funeral: Mark was caught stealing wallets from coats that had been checked.

Despite the fact Ludvik’s case was closed, his family continued to question his supposed accidental overdose. Aquilina and her son and James Gerritsin, an Aquilinia in-law, meanwhile, went on with their lives at the late Aunt Jane’s house.

Without Ludvik’s income, Aquilina sold everything in the house that she could to raise money. Then Mark was busted for armed robbery. Aquilina was arrested for credit card fraud. With the mother and son were behind bars, Ludvik’s family stepped up to clean up the home that had fallen into squalor. The house was eventually sold.

In May 2004, about 15 months after Ludvik’s death, detectives learned that a jailhouse informant told authorities that Mark had bragged to another inmate at the Bergen County Jail about getting away with murder. He said it happened on Valentine’s Day. The victim’s name was Ralph. The murder weapon was a lethal drug cocktail that caused a fatal overdose and was passed off as an accident.

Breit and Latona collaborated on the investigation. They looked to Ludvik’s family members for help with building the case and eventually considered whether Aunt Jane’s death was suspicious.

They learned that she had PCP in her system when she died. Investigators believed that Aquilina, who cared for the elderly woman, could have spiked her food with the mind-altering drug. It was a line of investigation that ultimately couldn’t be proven or pursued in court.

While the theory that Aquilina wanted to take the title of the house was compelling, investigators needed to pursue other avenues. Two years after Ludvik’s death, they confronted Mark Aquilina.

On March 4, 2005, he was questioned at the Bergen County prosecutor’s office. His version of the events surrounding Ludvik’s death conflicted with his mother’s account -- and detectives interrogated him about that.

At that point, investigators told producers, Mark opened up and spilled everything. He said that his mother had acquired the drugs that would be used to overdose Ludvik, who was drunk and injected himself with the fatal drug cocktail they cooked up.

He went on to describe the gruesome spasms and seizures Ludvik endured before collapsing. The grisly description helped convince officials that Mark was telling the truth.

The account pointed to Aquilina as the mastermind whose murderous plan was carried out to gain possession of the house, and Gerritsen was implicated with helping to cover up the crime.

Armed with the confession, investigators were able to officially change Ludvik’s cause of death from accident to murder.

At this point, detectives were ready to interview Aquilina, who was in lockup for credit fraud. She refused to cooperate, but the three people in on Ludvik’s death were arrested. Aquilina, 48, and her son, Mark, 21 and Gerritsen, 48, were charged with the murder.

Authorities negotiated with Mark. He’d get a reduced charge if he would plead guilty and testify against his mother. But that plan went up in smoke after a chance encounter between Mark and his mother while in lockup.

During that meeting, according to investigators, she convinced Mark to change his plea deal and refuse to testify against her in court. The cases were severed and tried separately.

In September 2007, Mark was convicted and sentenced to 44 years in prison.

Gerritsen agreed to a plea deal and to testify against Aquilina, said Thomas Kearney, former assistant prosecutor for the Bergen County Prosecutor’s Office. Gerritsen was sentenced to a year of probation.

Aquilina was found guilty and sentenced to life in prison.

To learn more about the case, watch  “Accident, Suicide or Murder,”  Saturdays at 7/6c on Oxygen, or stream episodes here.