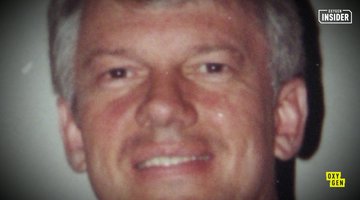 2:40
Preview
An Exclusive Look into the Case of David Stephens 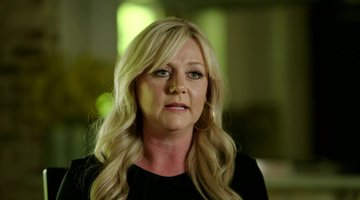 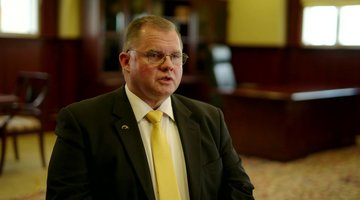 1:03
Exclusive
How Was David Stephens Murdered?

In Hattiesburg, Mississippi, Dr. David Stephens was known as a respected and pioneering heart surgeon. When he died, the tragic event reverberated throughout his community.

Stephanie Stephens, the doctor’s wife, said she awoke May 1, 2001 and discovered that her 59-year-old husband, who was diabetic and suffered from end-stage liver disease, had died.

Investigators on the scene found no signs of trauma or a crime scene. However, Stephanie was allegedly observed removing the battery from David’s insulin pump and taking the device with her out of the room, according to “Accident, Suicide or Murder,” airing Saturdays at 7/6c on Oxygen.

To determine the cause of death, the coroner drew a sample of David’s blood. No autopsy was performed.

Investigators soon learned that the relationship between David and Stephanie, a nurse 25 years his junior who worked in his hospital, began when they were married to other people. In March 1996, David’s first wife, Karen, confronted him about having an affair. Karen grabbed a gun, which went off in her mouth. She survived and went to a hospital rehab unit, where she died after an interruption of her ventilation. Stephanie and David wed in 1997.

Shortly after they wed, David was hit by a series of health crises -- a stroke followed by hepatitis C and diabetes. The setbacks made it impossible for him to do surgery. His monthly salary decreased from about $60,000 to $6,000 in disability, according to “Accident, Suicide or Murder.”

Four days after David’s death, Stephanie inquired about his death certificate. She was surprised to learn that officials were waiting on a toxicology report from the blood that was drawn, investigators said.

When the report came in, it indicated the presence of etomidate, a general anesthesia used in hospitals, reported the Associated Press in 2003.

The drug didn’t belong there, Rusty Keyes, a former detective sergeant with the Hattiesburg Police Department, told producers. Keyes got a court order to have the doctor’s body exhumed for analysis. The autopsy revealed another drug. The cause of death was determined to be laudanosine overdose and also etomidate toxicity.

Stephanie claimed she had no knowledge of the drugs in her husband’s system. She then alleged that her husband, who was mentally and physically anguished over his failing health, killed himself. Could he have died by suicide, considering how the drugs impact the body? Did he ask his wife for help in ending his life? Investigators explored both scenarios.

The top priority was determining how the drugs got into the doctor’s body. “I had a theory at the time that it was the insulin pump,” Keyes told producers. The autopsy confirmed that theory. Because of the drugs’ impact on the body, an individual could not have self-administered them.

While investigators didn’t rule out the possibility of an assisted suicide, they dug deep to learn more about David’s state of mind in the months and weeks before his death.

It was true that he couldn’t operate any more and that his income drastically dropped, but witnesses said David, while disappointed, was generally upbeat. He was on the list for a liver transplant and was looking forward to the future. Detectives also learned that he was planning to leave Stephanie, they told producers.

After determining from multiple sources that David wasn’t suicidal, detectives looked into Stephanie’s background. Fellow nurses told investigators that she wanted out of her first marriage and was set on tying the knot with a doctor. David Stephens became the object of her pursuit, they said. She liked the lavish life his job and salary afforded them.

Investigators were convinced that David’s death wasn’t an accident. But they needed to find the motive for his murder and a way to prove who had killed him. So they followed the money.

David’s daughter told investigators that Stephanie “was infatuated” with knowing how much money David had left and what she was going to get off his death, said Keyes.

“Most people in town considered her a gold digger,” said Dustin Thomas, former assistant DA for the 19th Circuit Court System. He added that “Stephanie didn’t really deny any of that. She’d made it plain that she’d wanted a doctor and everything that that entailed.”

By 2002, Stephanie had married a handyman she’d known for just a few weeks. She was moving on with her life and spending her late husband’s money at a brisk clip, one of David’s colleagues observed.

A break in the case came, though, after detectives subpoenaed all of David’s financial records. Investigators learned that he maintained a deferred compensation plan with MetLife Insurance Company valued at the time he died at $732,000. Each year he had to sign a form indicating whether he was cashing it out or carrying it forward another year.

MetLife sent a renewal form to David on May 1, 2001, the day he died. When he failed to return it they re-sent the form on June 1 and it was returned. It appeared to be signed by David and dated April 30, 2001.

“That was actually the day before they ever mailed the form,” investigators told producers. For Stephanie to receive the payout, the form had to be signed before his death. After his death, the money went to his children. Crime lab experts determined that Stephanie had signed the form.

“Stephanie had committed fraud,” said Keyes. “The lifestyle she wanted was not going to be there much longer. I believe in her opinion, David was dying anyway, but he wasn’t dying quick enough.”

Detectives believed David’s insulin pump was key to the case but reasoned that Stephanie had disposed of it. Investigators nonetheless had a strong circumstantial case. In September 2002, Stephanie was arrested.

In April 2003, she pleaded not guilty as both sides prepared for a high-profile case. Prosecutors laid out their circumstantial evidence piece by piece, and included the startling fact that during a trip to Las Vegas Stephanie had allegedly told an individual that she killed her husband.

The trial lasted about three days, and the jury deliberated for 90 minutes. Stephanie Stephens, 36, was convicted and sentenced to life in prison. She died of pneumonia three years later in prison.