Sign Up for Free to View
What Happened to Laurie Wolfe? 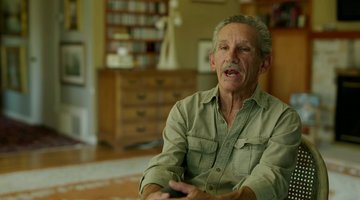 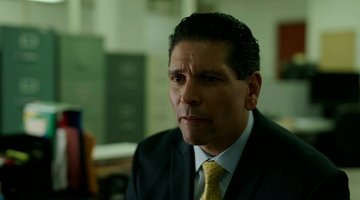 In Oakland, California, Laurie Wolfe, 57, had made a name for herself as a successful businesswoman and property owner. She had a small, tight circle of family and friends.

That day, her locksmith husband, Joseph Bontempo, called 911 at 6:30 p.m., claiming that Wolfe had slipped and fallen to her death down a staircase in their home.

When police and paramedics arrived at the scene, they found that Wolfe’s muscles had already stiffened, which roused suspicions about the timing of her fall. Blood on a wall near the bottom of the steps raised another red flag.

Authorities questioned whether Bontempo had delayed making the call for help, investigators told “Accident, Suicide or Murder,” airing Saturdays at 7/6c on Oxygen.

As they considered the suspicious timeline, authorities evaluated the scene and Wolfe’s injuries to determine if physical evidence was consistent with an accidental fall.

Detectives from the Oakland Police Department and the FBI worked the case.

When Bontempo, who by friends’ accounts was a “meek introvert,” was interviewed by investigators, he admitted that he didn’t immediately call 911 upon discovering his wife at the bottom of the stairs because he had “freaked.”

He also volunteered that he had oiled the stairs, which had no railing, that morning. Bontempo was released and stayed with a family friend because his own home was being investigated.

Friends and family members believed that Wolfe and Bontempo had a good relationship. They had no reason to suspect foul play, they told producers.

Detectives’ suspicions, however, deepened, when they uncovered details regarding Wolfe’s seven-figure estate. She had no will and assets worth more than $4 million. Bontempo was shocked to learn that, according to a friend who took on the role of conservator.

Because Bontempo was the sole beneficiary of the valuable estate, detectives believed they found a possible motive for murder.

A day after Wolfe’s death, an autopsy was performed. It revealed internal and external injuries, including broken ribs. The pathologist was unable to determine that her death was a homicide at that time.

As detectives awaited an official cause of death, they obtained a search warrant for Bontempo’s phone records. These digital clues led investigators to an individual supplying Bontempo with narcotic painkillers, Sgt. Leonel G. Sanchez, investigator with the Oakland Police Dept., told producers.

Friends didn’t know about Bontempo’s pill-popping habit. Authorities recognized that it took savvy and determination to be so deceptive.

“We learned through our investigation that he was spending more and more money on his addiction,” said Laura Passaglia, Deputy District Attorney for Alameda County. “He had the guts to kind of be living this double life, and was successful at it.”

As evidence of Bontempo’s deceptions mounted, investigators realized that the staircase was key to the case. They brought it in its entirety to the crime lab for forensic analysis. They also brought sections of the wall at the base of the steps.

Lower steps of the staircase revealed head impressions that were inconsistent with Bontempo’s story that his wife fell. Hand swipes in blood on the wall also contradicted his version of the events.

Wolfe’s death was ultimately ruled a homicide. “The cause of death in this case was skull fractures from the blunt force trauma to the head,” said Passaglia.

Investigators found another red flag. Security camera footage from Wolfe’s neighbor showed that Bontempo had left the house before calling for help. He had told them he hadn’t left home.

Had he left to discard bloody clothes or other evidence? Authorities were unable to get an answer, but they knew Bontempo had lied to them.

One month after Wolfe’s death, Oakland police arrested Bontempo. Friends were shocked and convinced that authorities had made a mistake.

A year after Bontempo was charged with his wife’s murder, his trial began. Prosecutors said that Bontempo had a financial motive for murder. Defense attorneys called upon witnesses to testify to the couple’s love for each other, reported kron4.com at the time.

But eventually, friends who supported Bontempo were swayed by the evidence against him, they told producers.

During the 15-day trial, prosecutors leaned heavily on forensic evidence. They pointed out defensive injuries on her hands that were inconsistent with a fall. Passaglia emphasized that Wolfe’s head had forcibly struck the staircase 16 times. To drive home the repeated violence, she slammed a book on a table in the court 16 times.

Bontempo was convicted of second-degree murder. He was sentenced to 15 years to life.