Sign Up for Free to View
What Happened To Kaylyn Whitaker? 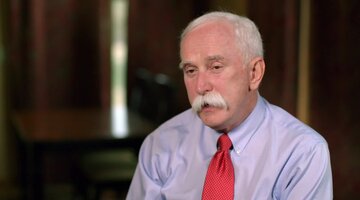 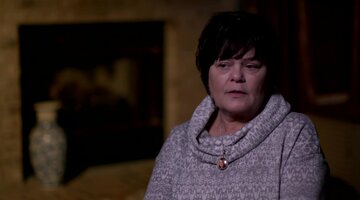 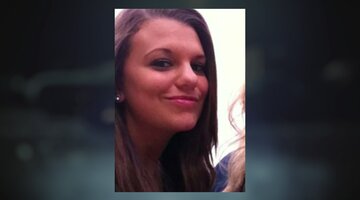 1:02
Exclusive
Who Was Kaylyn Whitaker?

When a distraught man called authorities in 2014 to report that his fiancée had shot herself in the head, authorities initially suspected she had died from a tragic suicide. The investigation, however, soon revealed her death was the result of something much more sinister.

It was around noon when Connor Scott called 911 in Clark County, Illinois and told dispatchers that he had woken up to the sound of a gunshot and found his fiancée, Kaylyn Whitaker, dead in the bed beside him.

Kaylyn was partially under the covers, and a pistol, a Glock that investigators later learned belonged to Scott, was on the floor of the bedroom. There were also fresh holes in the drywall in the room, raising authorities’ suspicion.

“We believed [they had been] put in by someone punching them,” Illinois State Police special agent Holly Finney told Oxygen's "Accident, Suicide or Murder."

Meanwhile, hundreds of miles away, law enforcement traveled to Kaylyn's parents’ house in Indiana to deliver the news of her death to her loved ones. When they heard that Kaylyn had supposedly shot herself, alarm bells went off.

"How could that have happened? I did not believe that Kaylyn took her own life," Leslie Roberts, Kaylyn's mother, told producers.

Her father, Dave Whitaker, also agreed that "Kaylyn would never do that."

Following their suspicions, investigators brought Scott in for an interview that same day, during which he described his version of events. He claimed that he and Kaylyn had stayed up late into the night playing video games before they eventually fell asleep.

When he woke up to the gunshot, he pushed the firearm to the floor and checked Kaylyn’s pulse, finding her dead. He told authorities that although he believed Kaylyn shot herself, she was not, to his knowledge, depressed or suicidal.

As the investigation progressed, several troubling details came to light.

While the bullet retrieved from Kaylyn’s skull was a match to the gun found at the scene, they found no soot or smoke residue. They also found no evidence of stippling, the marks left around the entry wound by burning gunpowder when a shot is fired at close range.

Additionally, the discovered that Kaylyn had died from a gunshot wound to the back of her head, but it's more common for people who die by suicide to shoot themselves in their temple.

At Kaylyn's funeral, Scott was visibly distraught, but Kaylyn's family members were suspicious of her fiancé.

Kaylyn and Scott had first met through a mutual friend and began dating during their senior year of high school. While Kaylyn's family initially believed that Scott seemed like "a pretty good guy," the relationship soon soured.

Kaylyn's mother said that Scott was demanding and controlling, which frustrated Kaylyn. The relationship came to an end after around nine months, when Kaylyn met someone else while working at a department store.

The two high school sweethearts, however, got back together two months later, and they ultimately got engaged. At that point, Kaylyn moved in with Scott at his parents’ basement apartment. The two were living together in the Martinsville, Illinois apartment when she died.

Although things may have seemed normal between the couple to outside eyes, Kaylyn’s family suspected there were issues. The relationship seemed to change after the engagement, and Roberts recalled that her daughter felt like Scott was constraining. Kaylyn said he didn't like her spending time with friends, and she grew depressed.

After considering the previous red flags in the relationship, Roberts grew convinced that Scott had killed her daughter. As the forensic pathologist awaited a ballistics report that would shed light on whether it was possible for Kaylyn to have shot herself, they issued their ruling. For the time being, Kaylyn’s manner of death was undetermined pending further investigation.

Her family, however, wanted answers and were unwavering in their belief that Kaylyn had been murdered.

"Why did this happen to my daughter? Why was her life taken from her?" Roberts said to producers.

As the investigation moved forward, a ballistics expert was hired to work on the case. They carried out multiple experiments with the gun used to kill Kaylyn, and the results validated the hunches of investigators — the gun had not been fired at a close range.

Authorities then knew they were dealing with a homicide, and they began to track down further evidence. A forensics expert who viewed the crime scene photos noticed something new. Small specks of blood were present on Kaylyn's right palm, but there was no blood on the weapon.

Strangely enough, there was also blood on Kaylyn’s arm that was underneath the bedding, a detail that spoke volumes to forensic pathologist Dr. Roland Kohr.

Experts used a computer simulation to recreate the crime scene, revealing that it would have been physically impossible for Kaylyn to have held the gun at the angle needed to shoot herself.

It was enough for Kaylyn’s death to be ruled a homicide.

The state attorney's office, however, delayed in bringing forth charges, instead opting to slowly build their case against Scott and even wait for a potential confession. Meanwhile, Scott maintained his innocence and refused to speak with law enforcement.

The case was then put on hold, outraging Kaylyn’s family.

"This was my child. Her life was taken from her. And then to find out that nothing's being done? That's not OK," Roberts told “Accident, Suicide or Murder.”

Two years after Kaylyn's death, when a new state's attorney was appointed, they reviewed the case and gathered further evidence, but still no charges were filed. The waiting proved unbearable for Kaylyn's loved ones, who, in 2018, went to the media in the hope of getting justice.

The case was then turned over to appellate attorneys, and a special prosecutor decided to try the case.

As prosecutors went to work building the best case they could, other disturbing details came to light. Days before Kaylyn was killed, she was spending time with a friend, who later told police that Kaylyn received multiple messages from Scott, who was keeping tabs on her.

The day she died, Kaylyn had planned to attend a Halloween party, which authorities theorized may have caused Scott to snap and kill her.

In 2019, Illinois prosecutors planned to bring charges against Scott, but he threw a wrench in their plans by unexpectedly confessing to the killing at a police station in Indiana. His admission set off a ticking clock for prosecutors because law dictated that Scott either be charged or have a bond set within 48 hours of his arrest, or else he would be released.

"I killed Kaylyn Whitaker back in 2014. I think it was on Halloween," Scott said to police during a taped interview.

Scott told authorities he used a loaded gun that he kept underneath his bed to kill Kaylyn. After he shot her, he became so upset that he punched the holes found in the wall.

He went on confess that he didn't know why he killed his fiancée, explaining that he was under the influence of meth and marijuana that night.

"If I could take it back, I would. Every single day, I think about her," he told police.

When Kaylyn's parents heard the news that her killer had finally confessed, they were overcome with relief.

"I just cried. Thank you, Lord, for answering our prayers," Roberts told producers.

Scott ultimately accepted a deal from prosecutors and pleaded guilty to first-degree murder in exchange for 37 years in prison with no possibility of parole.

For more information on the case, tune in to “Accident, Suicide or Murder” at Oxygen.com. New episodes air every Saturday at 6/5c.