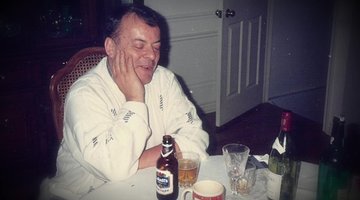 Now Playing
3:43
Preview
An Exclusive Look Inside the Murder Case of Alfred Gloor 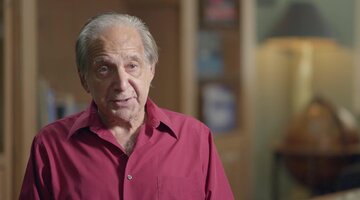 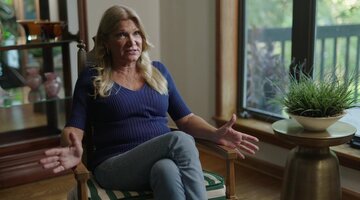 When a man mysteriously died in the ocean, questions arose. Was the drowning an accident, a suicide, or a murder?

On May 30, 1997, a jogger out for an early-morning run in Cocoa Beach, Florida spotted what he believed to be a seal in the surf. But when he looked closer, he realized what he saw actually was the body of a man.

The man appeared to have drowned, possibly the victim of tricky and potentially deadly riptides. He was naked and wore only a watch, Joanna Vitek, a retired detective with the Cocoa Beach Police Department, told “Accident, Suicide or Murder,” airing Saturdays at 7/6c on Oxygen.

That wasn't so strange, as the action of waves and tides can remove clothes from bodies in the water, she said. As police searched the area, a pair of men’s sandals were found about two-tenths of a mile north of the spot where the body was found.

Investigators also learned of a missing persons report made by a guest at a nearby hotel. Maria Sodre, 46, said that her husband, Alfred Gloor, a 62-year-old banker, had gone out for a walk and never returned. Detectives showed Sodre the watch that had been recovered from the body. Almost overcome with emotion, she confirmed that it belonged to her husband.

They reached out to Gloor’s circle of friends to paint a profile of the victim. He was from Switzerland, had been married previously, and had two children. In the mid-1990s, he met Sodre, who was from Brazil. They married, and he bought her a salon in Sarasota, Florida.

Authorities looked to Sodre to fill in the details about the night before he was found. She said that they had gone out for dinner and returned to the hotel around midnight. Gloor wanted to walk on the beach, which he did regularly. She briefly joined him and then went back to the hotel. He continued on by himself, she told officials, adding that she hadn’t at any time gone into the water.

She also told investigators that her husband drank alcohol, sometimes heavily, but that night he had not been drunk. When Gloor didn’t return in a timely fashion, she got in her car and searched the area. She also left a key at the desk for him because he didn’t have one. After waking the next morning to find him gone, she called the Cocoa Beach Police Department and reported him missing.

Officials looked at the case from all angles. Was it a suicide? An accident? Or a homicide? An out-of-the-blue phone call from one of Sodre’s friends changed the focus of the investigation, investigators told producers.

“The witness was concerned that … the drowning of Alfred Gloor was not accidental,” said Vitek. “It looks like we may have a homicide.”

The medical examiner’s report confirmed that the cause of death was drowning, but that didn’t rule out the fact that Gloor could have been held down underwater.

While authorities await results from a toxicology report that could advance the case, they spoke with Gloor’s adult children from his previous marriage. His children reported that their dad had shared that there were troubles in the marriage and that he’d given her a big chunk of money for her hair salon. Authorities also learned that three months prior to his death, changes in his pension and life insurance forms made Sodre a beneficiary. The investigators reached out to experts at the crime lab to determine if the new forms were authentic or forgeries.

Diving deeper into the couple’s past, Vitek and Daniel Gibbons, Deputy Sheriff of the Cocoa Beach PD, also discovered that Gloor could have been Sodre’s seventh husband. After reaching out to some of these men, investigators observed that “there was a lot of sex involved initially,” according to Vitek, “and then after they married that she would cut them off and get whatever she could financially. Then the marriage got so ugly that it went their separate ways.”

There were also instances of violence.

“There was a pattern of behavior,” said Vitek, adding that they considered the possibility they were “dealing with a black widow.”

New details in the case emerged from the toxicology results. They showed that Gloor’s blood alcohol level was .344, way over the limit for driving, and the presence of sleeping pills. The results made it highly unlikely that Gloor was able to go for a walk.

Investigators had the medical examiner take another look at the body. It turned up evidence of bruising and possible foul play. Gloor’s cause of death was changed to homicide, according to “Accident, Suicide or Murder.”

Around this time questions emerged in connection with Sodre’s account of her husband’s disappearance. She’d said that she hadn’t been in the water, but in fact she had been. Moreover, Sodre claimed that her husband had left a suicide note, but a close inspection by investigators of the document revealed it simply to be about estate planning.

After investigators discredited the alleged suicide note, they looked to results of the life insurance documents to advance their case. They also searched Sodre’s hair salon, where they found a book with information about staging a death as an accidental drowning. Investigators said it was a “huge turn.”

In July, about six weeks after Gloor’s death, results of the handwriting analysis on the beneficiary forms for his life insurance and pension were found by the Florida Department of Law Enforcement crime lab to be forgeries, according to Vitek.

“It was conclusive that Maria Sodre had perpetrated these forgeries,” she told producers.

Prosecutors believed that the forged documents were as close as they could come to a smoking gun in this case. Sodre was arrested at her salon in November for the murder of Gloor. She reached out to prominent local defense attorneys, Kepler Funk and Keith Szachacz, who met with her in the Brevard County Jail. The lawyers left the meeting convinced that she was a loving, grieving wife, not a Black Widow. They resolved to show that law enforcement got it wrong.

They systematically poked holes in the prosecutors’ case. They revealed that the friend who claimed Sodre said she wanted Gloor dead was allegedly a fantasist. They pointed out that Sodre wasn’t after her husband’s money and, in fact, was getting only a portion of his death benefits. They discredited the handwriting analysis as “junk science.” Painstaking research into Gloor’s sandals, including where they found, and tides became very significant in their case.

Plus, Gloor’s adult daughter told them that her father struggled with alcoholism, that his handwriting changed over the years, and, moreover, that he had been suicidal. The defense team considered there was a possibility that Gloor may have died by suicide and walked into the ocean to end it all.

Maria Sodre’s trial began in October 2000. The book that police had found at the salon was not allowed in court because prosecutors couldn’t show conclusively that Sodre had consulted the book before her husband’s death.

Eventually, prosecutors brought Gloor’s daughter to stand. She testified in court that her father had had suicidal thoughts. The defense team told producers that it was “like an aha moment” for the jury, said Szachacz.

Once the prosecution rested, the defense asked the judge for an acquittal on grounds that the state had failed to make its case for murder. The judge granted the defense’s motion for a judgment of acquittal.