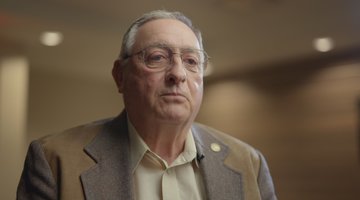 3:25
Preview
An Exclusive First Look In To The Murder Case Of Sandy Schnabel 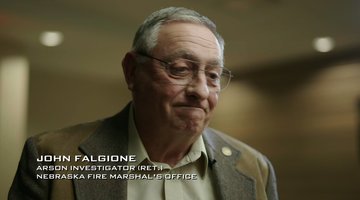 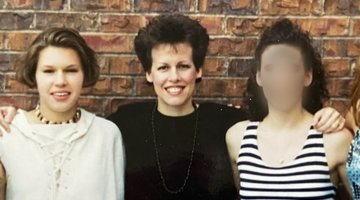 In Yutan, Nebraska, about 30 miles from Lincoln, Sandy Schnabel was known in the community for being a “smart, driven, and caring” high school teacher and coach and a dedicated mother with three children ages 10 to 3.

So naturally, there was a collective sense of shock and grief on May 22, 1999 when Sandy’s charred body was found near a barn on the family’s farm under her smashed and burning minivan.

Flames had engulfed the building and the vehicle. Fire marshal officials told “Accident, Suicide or Murder,” airing Saturdays at 8/7c on Oxygen, that there “was considerable damage to the body.”

In fact, the damage was so extensive that dental records had to be used to confirm that the victim was 40-year-old Sandy, who left behind three children and her husband, Mark, 42, who had a modest landscaping business.

The autopsy also revealed that Sandy had a fractured skull, broken ribs, and bruising on her torso, although ultimately she had died from the fire.

Investigators had many questions about the scene where Sandy was found. How had she crashed into her barn? How had she been thrown out of the minivan? How had she ended up outside the vehicle pinned beneath it?

Investigators questioned Mark, who insisted his wife’s death was a freak accident after she lost control of the van. He appeared distraught during the interview and was unable to clear up any of the puzzles.

Officials then focused their attention on Sandy’s minivan and tire tracks near the torched barn. There was nothing about the vehicle such as damaged fuel lines that would have sparked a blaze. However, two overlapping sets of tracks at the scene suggested that Sandy had been run off the road and pursued. Was her death linked to a theft gone wrong?

They also considered the Schnabels’ marital dynamics and looked for signs of infidelity. But by all accounts, Mark was a grieving husband. He was a devoted Mr. Mom who cared for the kids while Sandy was busy coaching volleyball.

A chip in that picture-perfect veneer emerged, however, when authorities questioned the Schnabel children and the youngest, Sarah, recalled seeing her mother with a bloody nose shortly before she died.

Investigators got a search warrant for the Schnabel home, where an initial search turned up blood droplets on the floor in the living room. The area was then sprayed with Luminol, which makes blood glow under a black light. The living room “lit up like a Christmas tree,” investigators told “Accident, Suicide or Murder.” “There was blood everywhere.”

This was a turning point: Sandy’s death was looking less like an accident and more like a homicide, according to officials. A thorough search of the Schnabel home also turned up photographs showing that a chair was missing from the living room in an area where there was a lot of blood. Officials searched to find it, believing that it had evidence that could inform their case.

They also turned their attention to one of Mark’s utility vehicles that had traces of blood on it. Investigators theorized that it could have been involved in Sandy’s death.

But why would Mark kill his wife? They learned that the family had money troubles stemming from Mark’s lackluster business and financial mismanagement — and Sandy had a life insurance policy worth more than $200,000.

On May 27, undercover troopers arrested Mark at Sandy’s gravesite, where he put up a fight and had to be led away to an awaiting car. He was subsequently charged with first-degree murder.

Some crucial testimony followed: Ten-year-old Trevor Schnabel told investigators that he woke up and saw his father beating his mother. Seven-year-old Courtney, like 3-year-Sarah, told officials that they saw their mom bleeding, according to “Accident, Suicide or Murder.”

But prosecutors braced for a difficult case. Much of their evidence was circumstantial. While their expert said Sandy died in the fire, defense attorneys had their own expert ready to refute that finding and weaken their case against Mark.

However, they got a break when evidence was eventually recovered. The chair that had been in the Schnabel home was located miles away in a wooded area and found covered with Sandy’s blood. In a farmer’s field, rags with Sandy’s blood and bleach on them were unearthed.

Investigators theorized that Mark beat his wife with a blunt object and then staged the minivan accident at the barn. The overlapping tire tracks found there were from her van and Mark’s ATV. Mark then buried the rags he used to clean up Sandy’s blood and hid the chair. He set the fire to destroy evidence and cover up his crime.

Mark changed his plea from not guilty to no contest to second-degree murder to avoid the death penalty. He was sentenced to life in prison, but a district judge failed to set a minimum sentence, making him eligible for parole after 10 years, reported the Fremont Tribune in 2016.

That same year, his request for early release was denied.

To learn more about the case, watch “Accident, Suicide or Murder,” airing Saturdays at 8/7c on Oxygen, or stream episodes here.

Man Shoots Girlfriend To Stop Her From Leaving Him