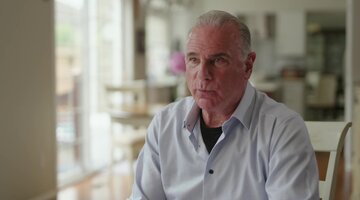 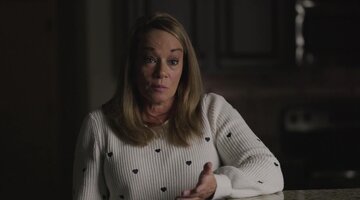 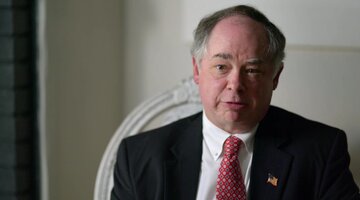 Detectives investigating an apparent car wreck on a desolate stretch of road in Santa Clarita, California discovered there was a sinister side to the fatal mishap.

On July 22, 1987, police and paramedics responded to a report that a black Cadillac had crashed into a telephone pole. Two women were in the car, and neither of them was moving.

The car was registered to Robert Peernock. The victim on the driver’s side, identified by her license, was Claire Peernock, 45. She was already dead. Her daughter, Natasha, 18, was clinging to life and rushed to the hospital.

A whiskey bottle found in the car suggested that the wreck may have been the result of drunk driving. But that theory couldn’t account for the fact that an intense smell of gasoline permeated the car.

The arson squad was called to the scene. A gas can found inside the trunk suggested that fuel had been poured into the car, according to Michael Camello, a now-retired arson investigator with the Los Angeles Fire Department.

“I called and asked for homicide detectives,” said Camello.

Homicide investigators were immediately struck by Claire’s body being under the steering column. In most crashes, the victim is found against the steering wheel or the windshield.

“There was brain matter all over the inside of the car,” said Fisk. “She had head trauma, but there was no indication that she hit anything in the car.”

The car was towed to the police yard for analysis. Investigators tried to interview Natasha but her injuries and sedation made that impossible.

Police went to the home of Robert Peernock, a computer technician and electrical engineer who, according to the Los Angeles Times, had also done pyrotechnical special effects work in Hollywood. They couldn't find him.

He and Claire were in the middle of divorcing, and Claire and Natasha lived at the address. Robert was actually staying with his girlfriend, Sonia Siegel, according to Anthony Flacco, author of “A Checklist for Murder.”

About five hours after the crash, Robert Peernock called police. He’d learned of the crash through a neighbor. Peernock said that he’d been at the house doing some painting and repairs. He claimed his wife and daughter got “sloppy drunk” and then took off in his car, according to “Accident, Suicide or Murder.”

At the police yard, an inspection of the Cadillac undercarriage revealed that it had been rigged to explode upon impact.

“No one can really think this is an accident,” investigators said Flacco. “It’s obvious now. This is a murder.”

Investigators interviewed Siegel, who expressed disbelief that Peernock would harm anyone. She repeated the story he had told about the women taking off in his car.

Peernock had agreed to come into talk with police, and when he failed to show he rose to the top of the suspect list.

Although Peernock failed to appear to talk with police, his attorney delivered a handwritten letter from him to authorities. In it, he again denied any wrongdoing in the staged accident.

He added that he didn’t appear for the police interview because “he was a whistleblower against the state of California,” said Fisk. He feared that he was the actual target of a deadly conspiracy.

Detectives found a shred of evidence suggesting there may be a kernel of truth to Peernock’s assertion. At the same time, Natasha, who spoke to producers under a veil of anonymity, was able to speak to detectives.

The night Claire was killed, she’d come home and her father immediately started complaining about the electric bill. An argument ensued and escalated. Peernock choked her, bound her, and forced a tube down her throat, she said. He poured alcohol into the tube. She heard her mother come home and get attacked.

“I have no memory of the actual car crash or when he hit me over the head,” she said. “I woke up in the hospital.”

Natasha was terrified she’d be harmed. Police guards were stationed at her hospital room.

On July 25, investigators saw that Peernock had made large bank withdrawals, suggesting he was planning to leave town. The burning question: Why would he kill these two people?

Claire’s attorney in the divorce proceeding provided a motive: Peernock was protecting a financial fortune he’d lose in a divorce.

Along with Natasha, investigators realized that Peernock was determined to track down his daughter. “He was like The Terminator,” she told producers. Natasha went into hiding in another state.

Investigators monitored Siegel’s calls. After a month they confirmed she was in communication with Peernock. She was arrested and charged with being an accessory after the fact, according to Richman.

Through evidence and notes and detailed to-do lists Peernock had left behind, investigators pieced together what happened before and during the crime.

“Peernock had them in the car and drove them to the crime scene,” said Flacco, adding that he bashed them repeatedly in the head with some kind of metal bar.

Peernock used a string to slip the car into gear to get it rolling toward the telephone pole, according to “Accident, Suicide or Murder.” The car didn’t explode into a fireball as investigators believed Peernock had planned.

“An understanding was reached that as long as she continued to cooperate with the police she wouldn't be prosecuted on a case,” said Craig Richman, former District Attorney, Los Angeles County, California.

On September 3, Siegel told police that Peernock was at the Vagabond Hotel in Woodland Hills. After a struggle at the hotel, Peernock was arrested. Travel information on Australia and $20,000 in cash were recovered from his hotel room, according to “Accident, Suicide or Murder.”

Detectives learned that Peernock had gotten plastic surgery to change his appearance, according to Richman. But investigators had found no evidence Peernock was being targeted by anyone because of his acts as a whistleblower.

After years of stalling and delays, Peernock’s trial began in October 1991. Natasha was a key witness. The trial turned into a circus. After repeated outbursts during the trial, the judge had Peernock bound and gagged with duct taped, according to “Accident, Suicide or Murder.”

Peernock was found guilty of murder. He received two life sentences without the chance of parole. In December 2021, 30 years after his sentencing, Peernock, 85, died in prison after exposure to Covid-19.

To learn more about the case, watch “Accident, Suicide or Murder,” airing Saturdays at 8/7c on Oxygen or stream episodes here.