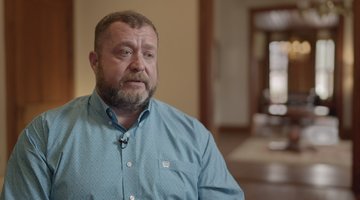 4:05
Preview
An Exclusive First Look at the Case of Pamela Shelley 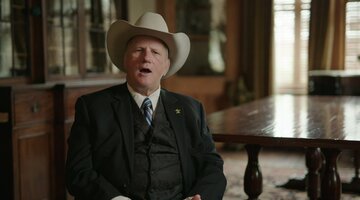 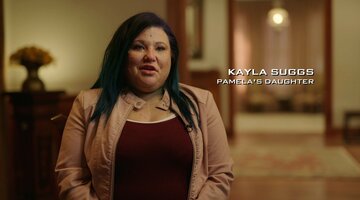 Her boyfriend, Ronnie Hendrick, maintained that she’d put a gun to her head and pulled the trigger, saying he found her in the bathroom of the home they shared. When police arrived at the scene, Shelley was in an ambulance already. Hendrick was in the vehicle as well, which made him unavailable for an interview.

Police observed blood on the bathroom floor and the wall. A pistol was on the counter of the sink, according to “Accident, Suicide or Murder,” airing Saturdays at 7/6c on Oxygen.

The timing of the apparent suicide struck investigators as curious. Shelley was nearly finished packing her car to move back to Arkansas with her two children from her previous marriage, Kayla and Dustin Suggs.

Officers took a statement from Hendrick later that night. He told them that he had been outside when he heard a noise that sounded like a gunshot, raced inside, and found Shelley on the floor bleeding from a gunshot wound to her head.

He said that he shielded 12-year-old Kayla and 9-year-old Dustin from the scene. He also added that Shelley had been depressed about returning to Arkansas. However, family issues, in particular the fact that Hendrick and Kayla didn’t get along, forced the move.

At the hospital, Shelley was declared brain dead and was taken off life support. The medical examiner reported Shelley's contact wound was consistent with a self-inflicted wound. Based on autopsy findings, her death was ruled a suicide.

Despite that official determination, inconsistencies nagged at investigators. Why load up a car with all of your possessions if you’re going to kill yourself? Plus, the portrait painted by Hendrick of a young woman out to take her own life didn’t square with what officials had learned about Shelley,

Hendrick was asked by officials to take a polygraph. He agreed and then missed three appointments. Hendrick either rescheduled or just didn’t show up, and then he went missing, Dewitt County investigators told producers.

The case stalled. But for Kayla, questions about her mom's death haunted her. “It consumed my life,” she told “Accident, Suicide or Murder.”

Shelley's case also stayed in Bowen’s mind as he climbed the professional ladder in Dewitt County. In 2008, he pushed to have the case reopened.

He found an ally in Michael A. Sheppard, former District Attorney for the 24th judicial district of Texas, who assured him that there was no statute of limitations on murder in Texas. But they needed evidence in order to prosecute the case.

A deeper dive into Hendrick’s past revealed that he had a history of abusive behavior with women. He had blackened Shelley’s eye so badly just before they day she died she had to go to the emergency room, according to “Accident, Suicide or Murder.”

The absent polygraph test loomed larger than ever. Officials ended up getting a break when Hendrick was put behind bars on a charge of domestic abuse. They seized his incarceration as a chance to re-interview Hendrick to see if his account now matched his original story about Pamela’s death. Inconsistencies emerged in his retelling, and a polygraph revealed that Hendrick was being deceptive.

In Arkansas, Bowen questioned Kayla, who claimed that Hendrick had a mean streak, especially when he drank, and that he didn’t like her. She added that Hendrick hit Shelley and was verbally abusive.

Bowen outlined to Hendrick his three possible scenarios behind Shelley’s death: she shot herself, it was an accident that happened during a fight for the gun, or she was murdered.

Hendrick refused to engage. He invoked his right for counsel and the questioning stopped. Officials still didn’t have enough evidence to move forward with an arrest.

The case stalled for four more years until 2012, when investigators hoped that advances in forensic analysis could help their case. They sent the gun that killed Shelley out to be tested for touch DNA, which would show who handled the gun.

The analysis revealed that there was no DNA on the weapon, which suggested that it had been wiped down. That helped provide the medical examiner with enough reason to change Shelley's cause of death from suicide to undetermined.

In August 2012, Bowen returned to Arkansas and spoke with Shelley’s former mother-in-law. She revealed that Shelley and her son, Jessie Suggs, had secretly been communicating with a burner phone while she was in Texas.

Shelley had planned to return to Jessie Suggs, who had had a call with her interrupted by Hendrick. who grabbed the phone. He told Jessie that the only way Shelley was coming back to Arkansas was in a pine box. Jessie confirmed this account. It was a shocking revelation — and established a motive.

Officials had what they needed to go to a grand jury. In the fall of 2012, Hendrick was changed with Pamela Shelley's murder.

More than 11 years after Shelley’s death, Hendrick pleaded guilty and was sentenced to 22 years in prison.

To learn more about the case and others like it, watch “Accident, Suicide or Murder,” airing Saturdays at 7/6c on Oxygen, or stream episodes here.