Sign Up for Free to View
What Happened To Tera Chavez? 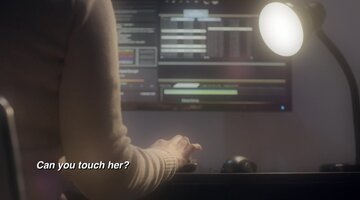 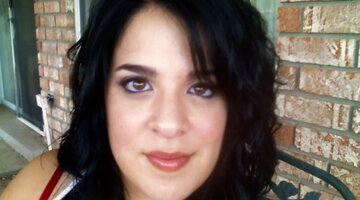 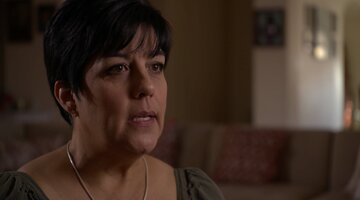 On the night of Oct. 21, 2007, the lives of one couple from Los Lunas, New Mexico were changed forever.

Levi and Tera Chavez were high school sweethearts who married young and were raising two children together. But on that night in October, Levi, a police officer with the Albuquerque Police Department, called 911 to report that he'd found his wife dead in their home.

Tera, then only 26 years old, was found propped up in the couple's bed with blood pouring from her mouth, down her body, and onto the bed. There was a gun beside her, a shell casing, and an open notebook on the nightstand with what looked to be a suicide note that read, "I'm sorry, Levi."

At first, it seemed like a straightforward suicide, and other officers with the APD showed up to support Levi. He was "distraught," Aaron Jones, a former sheriff's detective in Valencia County who was the lead investigator on the case, told Oxygen's "Accident, Suicide or Murder."

Speaking with Jones, Levi said there had been recent problems in their marriage, and the couple frequently argued. He admitted to being unfaithful, saying they mostly kept up appearances for their small children, neither of whom were at home when their mother died.

Levi also said he was not home when Tera died and that he spent the weekend with another woman, an officer whom he had been seeing romantically.

Asked if he believed that Tera could have died by suicide, Levi said she had talked about killing herself in the past. In fact, he said that she had called and texted him disturbing things the entire weekend, including one message that said she was afraid she would hurt herself.

However, the weapon that Tera seemed to have used — a semi-automatic 9mm Glock — stood out to Jones. It was same gun that Levi had been issued as a service weapon.

Confronted about the gun, Levi said that the couples' truck had recently been stolen, and he left the weapon with his wife so that she could protect herself when he wasn’t there.

When Jones informed Tera's parents of her death, they were in complete disbelief. Her father, Joseph Cordova, did not believe his daughter, who had dreams of becoming a hairstylist, would have taken her life. He told Jones that they had even arranged to meet up the following week to discuss plans for her own business.

"I knew this was foul play," Joseph told “Accident, Suicide or Murder.” "There's no way that Tera would've committed suicide."

An autopsy the following day revealed that the bullet had gone through the back of Tera's mouth, killing her instantly in what "seemed to be a suicide," retired medical investigator Dr. Patricia McFeeley told producers.

Still, Jones housed some suspicions and continued to investigate her death. Looking through Tera's journal, he discovered that although Tera had been upset and “wanted to disappear,” her mentality had shifted before her death. It seemed Tera was ready to end the marriage, become independent, and move forward with her life.

In addition to the conflicting evidence found in Tera's journal, the crime scene also gave Jones cause to suspect that Tera's death was not a straightforward suicide.

The blood splatter on the gun suggested that it had been held by someone who was left-handed, but Tera favored her right. Additionally, the magazine had been released, suggesting that the gun had been tampered with after Tera died.

In Jones' eyes, these signs and more pointed to homicide. He went on to speak with the medical examiner's office, leading them to amend the official manner of death from suicide to undetermined.

Meanwhile, Jones focused his attention on Levi, and during the course of his investigation, he found that Levi was having affairs with multiple women, many of whom he worked with on the force.

Despite this new discovery, Levi maintained his innocence, and when questioned by Jones a second time, he said that he was with one of his girlfriends from the force, Deborah Romero, when Tera died. Romero backed up his alibi, and Levi stood by his assertion that Tera likely took her own life.

"I would love to think my wife didn't kill herself. But she probably did," he said during one interview with investigators. "She made threats all that weekend."

A few months after Tera's death, Levi got engaged to a fellow officer, sparking outrage among Tera's family. Tera's mother, Theresa Cordova, told producers that during a past conversation with her daughter, she reportedly blurted out that if anything ever happened to her, "'Levi did it.'"

As Jones continued investigating, he learned that Tera didn’t believe their truck had been stolen and suspected that her husband was involved in an insurance scam, according to “Accident, Suicide or Murder.” She reportedly called authorities about her suspicions, but Levi denied the claim.

Jones, however, suspected that the possibility of being caught engaging in an illegal activity as an officer of the law could have been a motive for Levi to murder his wife.

Despite what Jones suspected, he was facing pushback from some of the police officers, who refused to talk to investigators. The wall of silence from police prompted Jones to suggest to Tera's family that they file a civil lawsuit to keep the case moving forward.

The plan worked. After the Cordovas filed a wrongful death suit against Levi, the city of Albuquerque, and various police officers, they were able to continue digging and received access to records and documents related to their daughter's case.

During a series of depositions, Levi refuse to answer multiple questions, and Romero, who had previously supported his alibi, changed her story, saying she did not actually recall when Levi came to her house.

Another one of Levi's paramours, who was also a client at the salon where Tera worked, testified that Tera had told her about her suspicions about the alleged insurance fraud. She said she then relayed that information to Levi.

No fraud charges were ever filed against Levi.

While the Cordovas continued pursuing their civil case, Jones dug deeper. In 2010, however, he was dealt a devastating blow when the Valencia County Sheriff's Office inexplicably decided to put the case on hold.

Undeterred, Jones continued to work the case on his own for three months.

"After meeting her family, I felt like I owed it to her," he told producers.

Jones was able to gain the support of the District Attorney's Office, which arranged to have the New Mexico State Police review the investigation. Assistant District Attorney Bryan McKay told producers that investigators with the NMSP agreed with Jones that the death was suspicious.

"The thing they kept pointing out is that it just didn't add up," he said.

While the Cordovas reached a $230,000 settlement with the city and members of the police department in 2011, officials denied any liability, and later that year, prosecutors decided to take the criminal case in front of a grand jury.

Nearly four years after Tera was found dead, Levi was charged with first-degree premeditated murder and tampering with evidence. He was baffled by the indictment given the “weakness of the case,” his defense attorney, David Serna, told “Accident, Suicide or Murder.”

“There was nothing that told me it wasn’t a suicide. It looked just like a suicide to me,” Serna said.

Levi was arrested and fired from the force, but it was not until 2013 that he stood trial. What unfolded next was more explosive than anyone could have seen coming.

Prosecutors had their work cut out for them. There was no physical evidence linking Levi to the alleged murder, and the judge ruled that statements witnesses had made — regarding Tera allegedly claiming that if she ever turned up dead, Levi was to blame — could not be used as evidence, nor could prosecutors bring up the alleged insurance fraud.

Their case, then, was largely centered around Levi's infidelity and Jones' claims that the weapon used to end Tara's life could not have been fired by her and was likely tampered with.

During the heated trial, the defense called Levi to testify, and he maintained his innocence.

“I do think Levi’s cruelty and insensitivity drove her to commit suicide,” Serna told producers.

After a six-week trial and two days of deliberation, the jury announced their verdict: Levi, who faced life in prison, was acquitted of all charges.

Tera's family, still struggling with their immense disappointment, dropped their civil lawsuit against Levi in 2013. He maintains custody of the couple’s two children. Although the case is officially closed, Tera's loved ones still believe that she did not die by suicide.

For more details about Tera's case, watch “Accident, Suicide or Murder” at Oxygen.com. Catch new episodes every Saturday at 6/5c.