Sign Up for Free to View
The Vashti Seacat Investigation 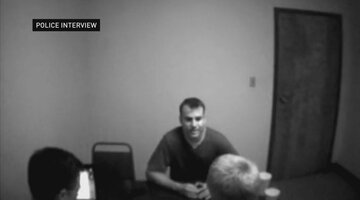 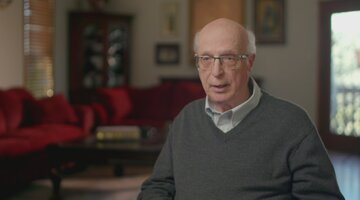 2:50
Preview
What Happened To Vashti Seacat? 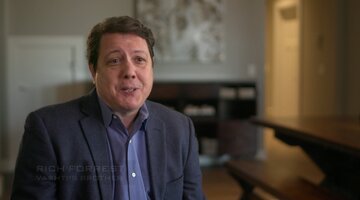 1:07
Exclusive
Who Was Vashti Seacat?

For one Kansas couple, brewing marital troubles turned dark and deadly on a fiery night in the spring of 2011.

In the early morning hours of April 30, 2011, Brett Seacat called 911 to report that his wife, Vashti Seacat, had set the house on fire and then killed herself.

At first listen, his story sounded credible enough to authorities: He’d been sleeping on the couch in their Kingman, Kansas home when Vashti, who had been asleep upstairs, called him on his cellphone and told him to get the children so they wouldn’t get hurt.

He claimed he then heard a loud bang and went upstairs, where he found his wife dead from a gunshot wound and the house set ablaze. Brett said he grabbed their two young children and placed them inside of his wife’s car.

Brett said he then ran back upstairs while on the phone with 911 to try to rescue his wife. The fire and smoke were too strong, however, forcing him to retreat.

When authorities arrived, they recalled that something wasn’t quite right with the way Brett was acting.

“His demeanor seemed to be out of place for the circumstances,” Ron Keefover, public information officer for the Kansas Supreme Court, told “Accident, Suicide or Murder,” airing Saturdays at 6/5c on Oxygen. “There was no perspiration, there was no blood or ashes — and after rescuing the two children from a burning house, and also discovering his wife’s suicide.”

Once the flames were extinguished hours later, firefighters found Vashti dead in the master bedroom of the house. The investigation that followed would reveal a world of turmoil between the couple that ended in an explosion of violence.

Brett and Vashti met in high school, and they were married on the beach in Belize, after which they moved to Brett’s hometown of Kingman to start their lives together. The relationship took a turn, however, after their two sons were born, Vashti’s loved ones told producers.

Brett, a former sheriff’s deputy who taught at the Kansas Law Enforcement Training Center, became more controlling when Vashti, an employee relations representative at a communications company, started to spread her wings professionally and socially.

Although Vashti tried to make the marriage work for the children’s sake, she knew it couldn’t last in the long run, and the two decided to part ways, said loved ones.

The night of the fatal fire was the last time that the couple had planned to live under the same roof. They spent the evening discussing their shared finances, and Brett claimed that Vashti was so depressed that she started a fatal blaze and then died by suicide.

Still, Vashti’s loved ones were not convinced that she would end her own life, despite her husband claiming otherwise.

Authorities also had their doubts. David Falletti, a senior special agent with the Kansas Bureau of Investigation, told producers that talks of divorce often raise a “red flag,” and multiple agencies launched an investigation the following day into the house fire.

The blaze had been concentrated around the back of the home, which is where the master bedroom and Vashti’s body were located. The room itself was badly damaged, investigators recalled, with “a lot of charring” and Vashti’s burned body resting on the bed, which had been burned down to just the metal springs.

But something at the scene sparked concern for law enforcement — underneath Vashti’s left side was a pistol, the one she had presumably used to take her own life, with the barrel pointed downward.

Even more troubling was the trajectory of the shot to the head that killed Vashti, experts explained.

“The trajectory of the bullet is really significant because if you’re holding a gun in your hand and you’re shooting yourself behind your right ear, normally the trajectory is pointed [to the opposite side],” D’Michelle P. Dupre, forensic pathologist, told producers. “But the autopsy report indicates that it is right to left, it is slightly downward, and it is also lightly front to back.”

“To do that trajectory, you have to almost bend your arm around, which is very uncomfortable to do to yourself,” she continued.

The lack of soot and carbon monoxide in Vashti’s airways and blood stream — markers of someone who has died in a fire — also triggered alarm bells for investigators. They speculated that she was likely already dead, and therefore unable to breathe in smoke from the fire, before the fire was set.

Despite the inconsistences between Brett’s story and the condition of Vashti’s body, the medical examiner was unable to pinpoint a manner of death because the victim’s body was too badly burned.

Authorities, however, felt that the evidence was stacking up against Brett. Printed research regarding how to kill someone and make it look like a suicide were found on the kitchen table of the home, but when confronted by authorities, Brett claimed that it was discarded paper that he’d taken home from work at the Law Enforcement Training Center.

Unable to make an arrest, authorities continued to investigate and discovered more disturbing evidence. In the driver’s seat of Vashti’s car was her journal, and the most recent entry seemed to be a suicide note telling her children that she will be “watching over [them] from heaven.” She also seemed to reference the couple’s marital problems, addressing Brett directly and writing, “I can’t do this anymore. I can’t fight it out.”

Later, a handwriting expert ruled that the so-called suicide note had been forged and was not a match to Vashti’s handwriting.

Authorities began delving into the couple’s history and found that they had gone to therapy together. Vashti had also sought therapy on her own and was working on personal changes, like losing weight and being more social.

“She was not suicidal. She was happier than she had ever been, in a lot of ways,” sister Kathleen Forrest recalled in “Accident, Suicide or Murder.”

Investigators also discovered more disturbing leads: A neighbor reported hearing a gunshot at 3:15 a.m., around 45 minutes before Brett called 911 at 3:57 a.m., officials reported. Loved ones also recalled that Vashti had asked them if they believed Brett was capable of killing her.

This was enough to bring Brett in for questioning, but even under police scrutiny, he maintained his innocence and reiterated his original story that his wife was mentally unstable and stressed over their marital troubles and potential custody battle. He claimed he would never hurt his wife.

Authorities did not buy it, and on May 14, 2011, police arrested Brett for first-degree murder, two counts of aggravated child endangerment, and aggravated arson.

A two-year legal battle ensued, and prosecutors argued that Brett went to great lengths to plan and carry out the murder of his wife. His defense team contented that Vashti was struggling with depression and had ended her own life.

The jury took five hours to find Brett guilty on all counts, much to the relief of Vashti’s loved ones. Brett received a life sentence plus six years and three months, and the Kansas Supreme Court upheld his conviction in 2016, reported The Wichita Eagle.

“It was just an immense sense of relief, of ‘They got him,’” Rich told producers. “He killed my sister, and now he’s gonna pay for his crimes.”

To learn more about the tragic killing of Vashti Seacat case, as well as what her family hopes people can learn from her death, watch “Accident, Suicide or Murder” at Oxygen.com. Tune in for new episodes every Saturday at 6/5c on Oxygen.