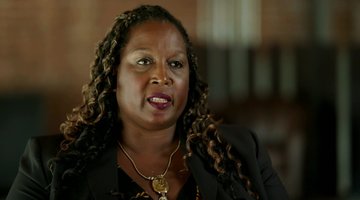 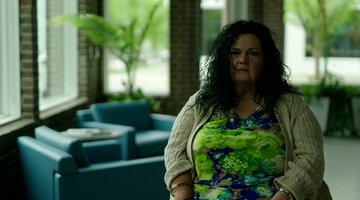 The coastal overlook at Seal Beach in Big Sur, California is known for amazing views. But on April 2, 1987, the spot became the site of a tragedy when a young woman fell 400 feet to her death from the jagged cliffs.

“It seems to happen fairly frequently, where people are on the edge of the cliff, and they fall over the side,” Jess Mason, a retired Monterey County Sheriff Officer, told “Accident, Suicide or Murder,” airing Saturdays at 7/6c on Oxygen.

The 20-year-old victim, Deana Wild, had come to the overlook with Virginia and Billie Joe McGinnis, a middle-aged couple she lived with in Chula Vista, California. They’d come to the spot to show Wild, who was from Kentucky, around the state.

Virginia, a retired hospital worker, told officials that Wild was wearing high heels and may have stumbled along the cliffs, investigators told producers. Photographs taken at the lookout before Wild fell confirmed that.

Wild, whose family friends recalled her as adventurous and “a lot of fun to be around,” met the McGinnis couple after she split from a Navy man stationed in San Diego. She had moved in with the pair in December 1986, just four months before the tragic road trip.

The autopsy report found Wild's injuries consistent with falling from a cliff. Her death was listed as an accident. But Wild’s loved ones in Kentucky questioned whether she really fell or if something else had happened, they told producers.

Investigators soon discovered that Virginia McGinnis, along with her husband and son, who was incarcerated when Wild died, were beneficiaries of a $35,000 life insurance policy taken out on Wild the day before she plunged to her death. Authorities also learned that Virginia sought to collect on the policies days after Wild died.

Authorities opened an investigation into the death of Deana Wild. They reexamined the coroner’s toxicology report. The report indicated the presence of Elavil, which can be used to treat depression and make you sleepy. Wild’s medical records didn’t show conditions necessitating the drug.

Don Smythe, a retired investigator with the Monterey County Sheriff, obtained a search warrant for the McGinnis residence. The search turned up a prescription in Billie Joe’s name for the drug in the home.

Virginia claimed Wild would “take anything” and that she was “a drug addict,” according to investigators. Wild’s mother, Bobbie Roberts, and friends refuted that accusation.

Investigators dug deeper into events preceding Wild’s fatal fall. They learned that she and Virginia and Billie Joe had stopped at a diner along the way. It may have provided an opportunity to spike Wild’s drink with Elavil, investigators reasoned.

Some photographs taken of the trip suggested Wild was struggling to stay awake. A second coroner’s investigation found injuries on the top of Wild’s hands indicating they’d been struck. Those injuries could have helped cause her to plummet, investigators believed.

Between the Elavil in her system and the life-insurance policy, investigators believed they were chasing a homicide. But the evidence was too circumstantial to be moved forward by the Monterey County District Attorney.

Wild’s family attorney sent a memo to prosecutors in San Diego who could possibly pursue the case because the life insurance policy taken out on Wild originated there.

“When I read the entire file, I concluded that this is at least worthy of further investigation, if not ultimate prosecution,” San Diego County Deputy DA Luis Aragon told producers.

Investigators looked into Virginia McGinnis' background and found that she had been involved “in numerous” insurance claims, typically in the amount of $35,000. Before she was 30 years old, she’d collected on at least five claims associated with fires in buildings in which she lived, sources told “Accident, Suicide or Murder.”

They also learned that Virginia had falsely claimed to be a nurse. A former husband and her mother had died while under her care. “In both instances, Virginia McGinnis was the recipient of insurance money,” said Aragon.

Investigators concluded that “insurance was a money-maker for Virginia.” A closer inspection of the policy taken out on Wild the day before she died revealed that the individual who had purportedly witnessed it -- a woman who lived near the McGinnis' -- had never done so. She knew nothing about it.

“We had so much circumstantial evidence, so many pieces,” said Aragon. The San Diego District Attorney agreed. Virginia and Billie Joe McGinnis were arrested for Wild’s murder on September 15, 1989. While awaiting trial, Billie Joe, 52, died  from HIV-related complications.

For two days the trial was moved 450 miles north of San Diego to the Big Sur scene of Wild’s fatal fall so that jurors could get a clearer understanding of where she died. On February, 28 1992, the prosecution made their closing arguments back in the San Diego courtroom.

The jury found Virginia, 55, guilty of murder in the first degree. She was sentenced to life without the possibility of parole. She died in prison in 2011.