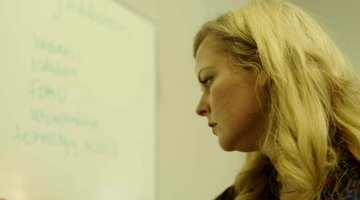 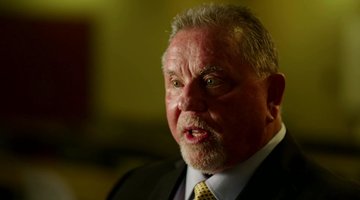 4:09
Exclusive
How Drug Addiction and Video Game Addiction Are Similar

A car bombing outside the Gaylord Opryland Resort in Nashville on July 20, 2004 left one man dead and and federal investigators facing a strange mystery.

The lone victim of the blast, who had been catapulted from the mangled SUV and whose charred license was found near the wreckage, was identified as 43-year-old William Young.

As authorities investigated the blast that occurred around 10:30 p.m. in a parking lot a half-mile from the sprawling resort’s main entrance, they considered various scenarios: Terrorism, murder, and suicide.

“A strong pungent odor … that resembled nitroglycerin” hung in the air at the scene, Rick Pace, a retired bomb squad member of the Nashville Police Dept., told “Accident, Suicide or Murder,” airing Saturdays at 7/6c on Oxygen.

“It was reasonably obvious it was some sort of intentional bombing,” Marvin Norman, a retired bomb squad member of the Nashville Police Dept, explained to producers.

Aided by bomb-sniffing dogs, investigators searched for other explosive devices on the hotel property. None were found, and the area was secured.

As agents worked the case, they did a detailed background investigation into Young to determine what he was like, if he owed anyone money, and whether he was politically active. These details, when put together like pieces of a puzzle, could help lead officials to the reason behind the bombing.

Young lived outside the city in Franklin, Tennessee with his wife and son. He worked in the computer field and appeared to be successful. Friends told investigators that Young was “living a good life.”

Young’s wife, who was with her son in South Carolina at the time of the blast, was stunned by news of her husband’s death. She said that he had gotten a new job setting up a broadband network for a company based in Nicaragua. The family was gearing up for a move.

At Young’s home agents discovered no more explosive devices. They did find his wedding ring and his cell phone on a bedroom dresser, which raised a red flag, as people typically keep such personal items on them.

In another bedroom that was kept locked, investigators found a network of seven computers. “What criminal acts may he have been committing?” was a question that had to be considered, said Doug Riggin, a retired member of the FBI Joint Terrorism Task Force.

Young’s computers were brought to the Federal Bureau of Alcohol, Tobacco, Firearms and Explosives (ATF) forensic lab for analysis. While investigators awaited findings from the search of the computers, they dug deeper into Young’s personal history.

According to friends, officials told “Accident, Suicide or Murder,” Young was a nice guy with some “strange hobbies.”

One odd pastime included regularly participating in an online game wrapped around a fantasy world where players had to portray characters in the virtual universe. At times, a friend said, Young struggled with separating reality and fantasy.

“There is a very dark side to becoming immersed in this world,” Chelsea Gilbert, a certified addiction therapist, told producers. “Live simulation video games are incredibly hard to crawl out of once the user has immersed himself in the world.”

As the investigation continued, the FBI ruled out terrorism as a cause for the bombing. Detectives were left with two explanations: Either Young had been murdered or he killed himself.

Investigators learned that Young had landed in hot water at work because he was playing the virtual game instead of doing his job. He received a warning about his work behavior and turned in his resignation and left.

Young kept his unemployment a secret from family and friends for two years. Detectives sought to find out how Young paid his bills. Had his finances, which they found were in dire straits, played a role in his death?

Investigators floated two questions: Had he borrowed money or earned money through criminal activity? Had he seen suicide as a way out of his situation?

Detectives found no indication from physical evidence and Young’s autopsy that he had been kidnapped and forced into the car before it exploded. There were no gunshot wounds, broken bones, or stab wounds. There were no indications that his hands had been bound or cuffed. Murder as a cause of death seemed unlikely.

A break in the case came from an unexpected source: A letter from Young to his wife. In it, he wrote that if she was reading the letter that meant that he was most likely dead because of people who were after him because of debts. He noted that he loved her and their son and that there was a life insurance policy.

Investigators zeroed on the fact that Young never mentioned suicide and his description of individuals out to get him were very vague. They also looked further into Young’s new job in Nicaragua and found that it didn’t really exist. It was just a story he had told his wife.

They dug into Young’s $1 million life insurance policy, which he bought on July 15. He was notified that it was in effect on July 19, the day before he died.

After decrypting Young's computers, the ATF learned that Young had done internet searches on pipe bombs, other explosives, and how authorities investigate bombings.

Investigators determined that William Young, who was under severe emotional, mental, and financial stress, had committed suicide and tried to make it look like a murder so his family could reap his life insurance benefit.

Did A Woman Fall From A Cliff — Or Was She Pushed?