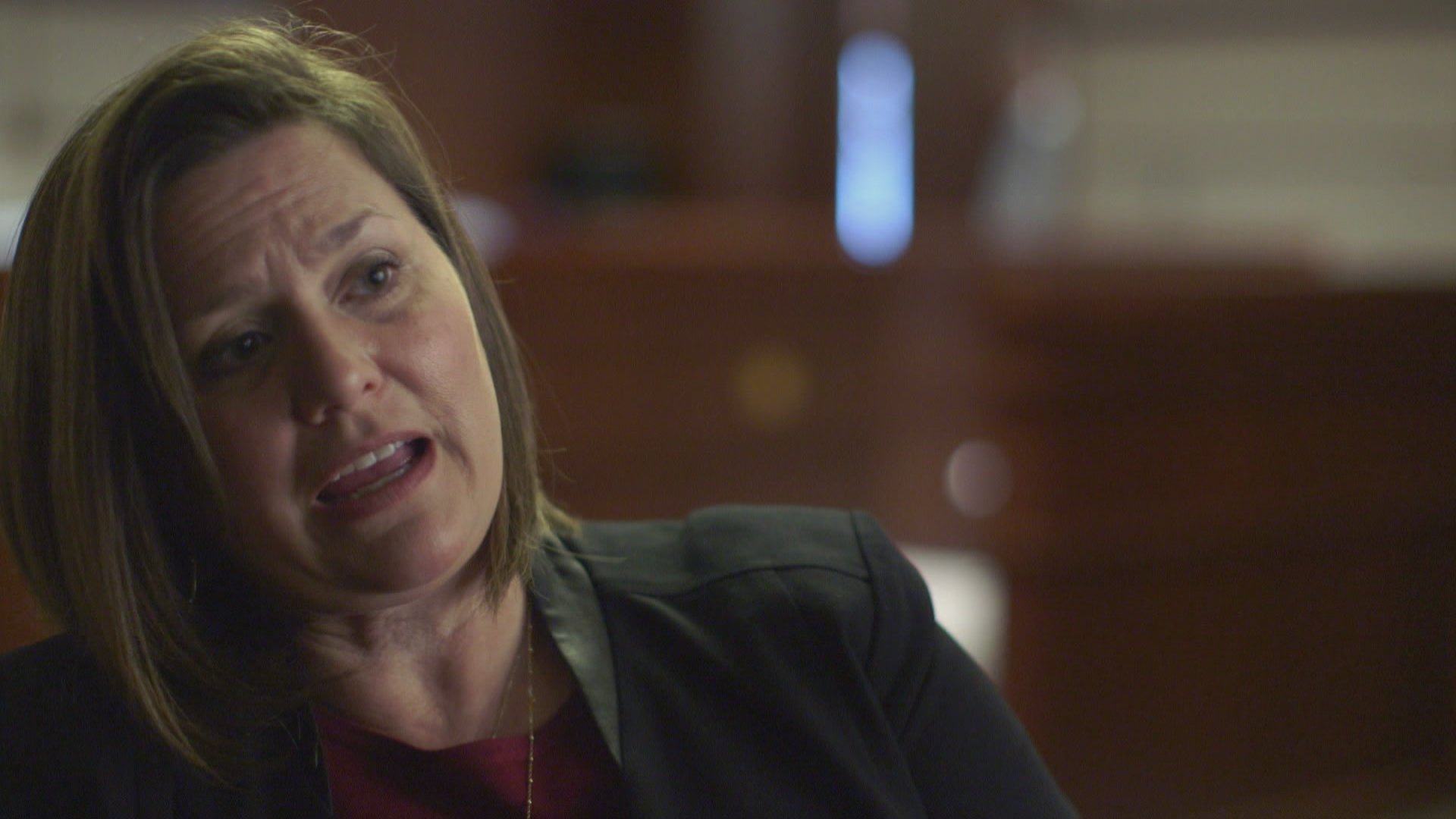 On the night of July 6, 2002, Virginia "Viki" Lozano was found dead from a gunshot wound in the bedroom of her home in Denton, Texas. The night before, she had celebrated her 16thwedding anniversary with husband Robert “Bobby” Lozano, an police detective with the Denton Police Department.

The couple’s story is explored in an episode of “Murder, Accident or Suicide,” airing on Oxygen Saturdays at 7/6c.

Bobby told his fellow officers she shot herself while cleaning his gun. Despite being his friends and co-workers, few believed him, especially those who knew about his womanizing ways.  Yet justice would not come swiftly.

Lozano was indicted for murder in 2002, but the charges were later dismissed by the District Attorney, who claimed a medical examiner determined Viki committed suicide, according to The Dallas Morning News.

When new Denton County District Attorney Paul Johnson took over in 2007, he put prosecutors Cary and Susan Piel on the case. Bobby Lozano was successfully prosecuted in 2009 and sentenced to 45 years in prison, according to ABC affiliate WFAA.

Cary Piel recently spoke with Oxygen.com about the case and how they found justice for Viki.

What was it about the Lozano case that convinced you a crime had been committed?

His written statement to police is what was eye-catching. It was quite possibly the biggest load of crap I’ve ever read in my life. I’m not a huge Shakespeare fan, but I’ve always liked that line from “Hamlet,” “Methinks thou doth protest too much,” and I’ve always used that as a guide. You read Bobby’s statement and you go, “He did it,” because no one talks like that. No one writes like that. Not normal people. He’s hiding, he’s deflecting attention. I remember [Texas Ranger] Tracy Murphree telling me, “I said ‘Bobby what happened?,’ and he started talking about where they went out to eat and what he had for dinner.” That’s just ridiculous.

Did it complicate matters at all that Lozano was a former police officer?

No, not down the road, because he hadn’t been a cop for several years. He was just a guy at that point. The department forced him to resign or they might have fired him when he was first indicted, I don’t know, I wasn’t on the case then. But the fact that he was a serving officer at the time of the initial investigation made everything harder. They just didn’t do a very good job.

Because it was his own police department investigating, they made a lot of mistakes, and I think they’d be the first ones to tell you that. [Denton County Chief Deputy Sheriff] Lee Howell has always said so. They’d just never faced that before, where one of their own officers is involved in a suspicious set of circumstances. They should have kicked everybody out of the house and put up tape and been methodical and they didn’t do any of that. Everyone was milling around the house and people were coming in and out of the bedroom where Viki had been shot and It just wasn’t handled properly. That made it hard, without question.

What do you think about the fact the District Attorney Bruce Issaks dropped the charges against Lozano in 2004?

I didn’t agree with it. But you have to understand, Bruce was the District Attorney in a county of 650,000 people. He is not dealing with these cases as a trial lawyer. He must rely on the advice he is getting from his subordinates. I think he got bad advice so he dropped the case. He was a very experienced trial lawyer before he became the DA. It would be out of the ordinary for him to pick up the file and read every word and make a decision. I think the prosecutors handling the case lost their nerve, and I blame them for that, but I don’t blame Bruce.

How do you build your prosecution in a case like Lozano’s, where the evidence is mostly circumstantial?

Almost all murder cases are circumstantial. No one’s standing there watching what happened. Murders are done in bedrooms and bathrooms and barns and places like that, where there are only two people there and one of them is dead. In that sense they’re always circumstantial. The idea that a circumstantial murder case is somehow unique or daunting is not the view of a professional prosecutor.

There’s two questions in any murder case: why did they do it and why did they do it now? The first why is relatively easy to discover. It’s either adultery or money or divorce or child custody or something like that.  And then the why now, you spend some time fleshing out.

Bobby was a very selfish man. All murders are committed by selfish people. You back them into a corner or they back themselves into a corner and they blame you and then they kill you. One-hundred percent of the murders I’ve worked on were exactly like that. Why do you kill? Because you don’t want to either share the money or go through the process or whatever it is. It’s some really selfish, narcissistic reason, and they kill you.  You know, unless you’re Hannibal Lecter, but that’s the movies. The real world isn’t like that. It’s much more basic and actually fairly easy to understand if you just spend a few minutes giving it some thought.