Sign Up for Free to View
Were Genore Guillory's Neighbors Involved In Her Murder? 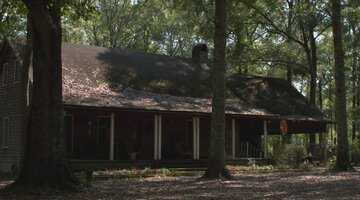 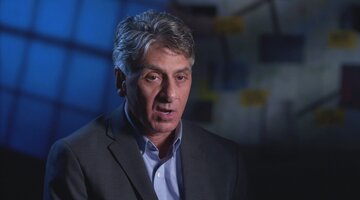 1:43
Show Highlight
Were Genore Guillory's Neighbors Involved In Her Murder?

A year into their investigation of the grisly murder of Genore Guillory, 42, at her home in Clinton, Louisiana, detectives got their first big break.

On July 27, 2001, they received a tip from a neighboring sheriff’s office that claimed a man named Donny Fisher knew who was responsible for Guillory’s shooting, stabbing and bludgeoning death.

When investigators brought in Fisher for questioning, he maintained that he had no knowledge of the murder, but once they confronted him with photographs of the crime scene, his entire demeanor changed.

“He started to break down and cry,” Detective Joel Odom of the East Feliciana Sheriff’s Office told “An Unexpected Killer,” airing Thursdays at 8/7c on Oxygen. “And he looked at it and then he told us basically his confession.”

Fisher said that he had heard a detailed account of the murder from Guillory’s neighbor, 15-year-old John Baillio, who lived across the street with his stepparents, Phillip and Amy Skipper, and their young son. Baillio and Fisher had been hired by Guillory’s family to clean up her house after investigators had finished processing the scene, and it was there that Baillio bragged about the vicious attack.

“Talking to Donny, he described everything that we had put together what we had seen at the crime scene,” said East Feliciana Sheriff’s Office Detective Don McKey.

The testimony came as a shock to detectives, who had learned that prior to her murder, Guillory had become close to the young family and taken them under her wing when they struggled to make ends meet. Guillory had even named the Skippers as the beneficiaries of her $25,000 life insurance policy.

Eager to interrogate Baillio, investigators quickly filed an arrest warrant for first-degree murder and brought the teen to the East Feliciana Sheriff’s Office. An hour into the interview, Baillio confessed to killing Guillory with the help of Phillip, Phillip’s sister, Lisa Skipper Hoyt, and his brother-in-law, Johnny Hoyt.

Baillio claimed the three had formed a white supremacist gang called “The Brotherhood,” and that killing Guillory, who was black, would be Baillio’s initiation into their neo-Nazi group.

“Phillip Skipper had two completely different faces … he had the one he presented to Genore Guillory, which was the nice neighbor, and then behind her back, he called her all kind of names. He hated black people,” said author Chuck Hustmyre, who wrote about the case in his book “Unspeakable Violence.”

On the night of the murder, the four arrived at Guillory’s house around 2 a.m., and Skipper Hoyt knocked on the door, claiming to need money for baby products, said Baillio. When Guillory opened the door, Hoyt hit her with a bat and forced his way inside the home.

“She ran through the house down the hall, screaming for ‘em to leave her alone, and she run into the kitchen and got to the knife drawer, trying to get her knife so she could cut ‘em and make ‘em leave her alone,” Baillio said in the interview.

Guillory then fled to her bedroom, where the group took turns stabbing, shooting and beating her.

“And then, somebody threw the final blow that, according to the medical examiner, killed her instantly. It was a blow with a bat to the head,” Hustmyre told “An Unexpected Killer.”

After Guillory stopped breathing, the group allegedly raped her, but because they allegedly wore condoms, investigators found no DNA linking them to the crime scene. The rape charges were subsequently dropped.

Baillio agreed to plead guilty to second-degree murder in exchange for cooperating with detectives, and he was given a juvenile life sentence to expire when he turned 21. Skipper Hoyt also took a plea deal and was sentenced to 25 years behind bars.

To hear more about the case, watch “An Unexpected Killer” on Oxygen.