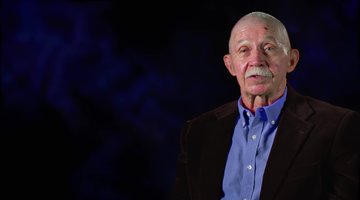 4:12
Preview
An Exclusive First Look at the Murder Case of Karen Strom 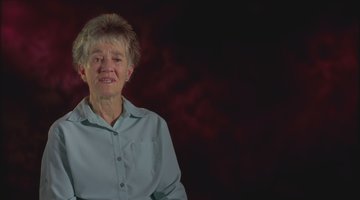 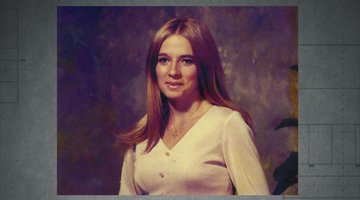 Karin Strom was in the process of ending her marriage and moving on to a new phase of her life. Tragically, Karin was never able to take that step after her life was ended by a cold-blooded killer, one who wouldn't be conclusively identified for decades.

On the morning of June 6, 1980, a frantic Steve Strom called 911 to report that his wife had been murdered. Detectives rushed to the couple’s quiet home in Woods Cross, Utah and found 25-year-old Karin Strom lying dead on her bedroom floor, according to "An Unexpected Killer," airing Fridays at 8/7c on Oxygen.

She had bruises on her neck suggesting that she’d been brutally strangled. There was bruising on her legs and feet, fingernails were torn, and there were broken things in the bedroom, suggesting she'd fought for life. Perhaps most telling, however, was the fact that nothing had been stolen from the home. Detectives theorized that her death was not the result of a robbery, but had been a personal attack.

Authorities turned to Karin’s husband for answers. Steve, who worked an overnight shift at a local plant, said that nothing had seemed amiss when he left for his job the previous night. There were no signs of a struggle, and neighbors told police they hadn’t heard anything amiss. Steve claimed the doors had still been locked when he got home.

When Karin’s sister Coco arrived at the scene, she immediately had one suspect in mind: her sister’s husband.

Karin had married Steve, her high school sweetheart, right after graduation. Their life together had been promising. Karin worked for the state and they’d just bought a new house. But there was also a dark side to their marriage: Steve had a drinking problem and it unleashed a “whole other side of him,” according to Karin’s family. Their arguments would turn ugly and Karin’s loved ones suspected that he was physically abusing her, but Karin would constantly defend him -- until three months before she was killed, when she told Steve that she wanted a divorce.

“There was no doubt in my mind that Steve did it,” Coco Saltzgiver told producers.

Saltzgiver informed police Karin had moved in with her mother after telling Steve that she wanted a divorce, and had only been at her old house with Steve that night out of pity. It was their anniversary and Steve’s birthday.

She also had a new love interest at the time: a man named Buff, who, she said, treated her very well and was very kind. Saltzgiver claimed jealousy was a possible motive.

But seated in front of police, Steve insisted he had never abused his wife and that they were, in fact, in the process of getting back together. The night before, they’d had dinner together and watched TV before he left for work at around midnight, he claimed. He also gave police a list of people that Karin would have conceivably let into the house so late at night. Even though he believed that she and Buff had ended their relationship, Buff was still at the top of his list.

Police let Steve go and were able to verify that he had been at work on the night Karin had been killed. They also talked to one of Steve’s coworkers and friends, Edward Owens, because Steve said that he was one of the people that Karin would have let inside the house because he was close with the couple.

On the night of the murder, Owens had left work at around 8 p.m. for a meal and had spent much of the night drinking, even returning to work and then driving himself home drunk. But what really stood out to police were the injuries on his body: There were scratches on his arms and even on his face. He claimed that the cuts were a job hazard associated with working at a manufacturing plant, and while his boss did confirm that, police were still suspicious. However, once they checked his alibi with his friends, they were forced to move on with their investigation.

Police next called Buff in for an interview. He surprised investigators, though, by telling them that he and Karin had been discussing marriage, and that he was actually the one to convince Karin to go back to Steve so that she could be sure that she wanted to move on with him. He maintained his innocence and he, too, pointed the finger at Steve.

Meanwhile, the results of the autopsy came in and confirmed that Karin had been strangled to death.

Police began to suspect Steve even more as new information began to flood in. The only fingerprints in the house belonged to Steve and Karin, and the time of death was estimated to have been between 10 p.m. and 2 a.m., which meant Steve could have had time to kill Karin before going into work that night.

Investigators brought Steve in for another interview, and this time, he requested a polygraph test to help prove his innocence. When asked about his wife’s murder, he failed.

“We were more and more convinced that Steve was involved in this,” Brad Benson, detective sergeant with the Woods Cross Police Department, told producers.

Police spoke with Karin’s co-workers and they claimed that she’d once told them Steve had choked her to the point where she was lucky to still be alive. It was the final nail in Steve’s coffin. Police tracked Steve to an apartment where they planned to arrest him, but he refused to cooperate and a three-hour standoff ensued before Steve finally surrendered.

Steve’s arrest was a “sigh of relief,” Saltzgiver told producers. But six months later, a wrench was thrown in prosecutors’ plans when a judge ruled they would not be allowed to use the testimony of Karin’s co-workers during the trial. Faced with the loss of key evidence, prosecutors made the decision to let Steve go, lest he be found not guilty, robbing them of another chance to try him for his wife’s murder.

The case went cold for two decades until 2006, when authorities, armed with new technology, were able to delve deeper into the evidence they did have. They sent in material that had been found under Karin’s fingernails for testing. The results were shocking: There was DNA under Karin’s fingernails that belonged to her husband and some that belonged to Ed Owens, her husband’s friend and one of the initial suspects.

Police sent the material from Karin’s fingernails back for more detailed testing, and were hit with yet another bombshell: There was only a small amount of Steve’s DNA present. Most of it was Owens' and the source of that DNA was his seminal fluid.

Detectives reached out again to Owens' co-workers and this time, they said they could not confirm if he’d been at the bar the entire time that night. They also recalled noticing the scratches on Owens the following day and said he’d told them he’d gotten the injuries from playing with his dog -- contradicting Owens' original claims that he’d gotten the scratches at work.

Owens agreed to speak with authorities, but he failed to show up for his interview and they soon learned he’d skipped town and fled to Mexico, even leaving his wife behind.

“An innocent person wouldn’t just up and leave his family,” Benson said.

A warrant was issued for Owens' arrest, and he eventually returned back to the country and was charged with Karin’s murder.

While police and prosecutors felt that they had a strong case, they were surprised by the defense’s claim: Owens and Karin had actually been having an affair, and when Steve found out, he killed her in a rage. Police were left to search for some key piece of evidence that could make their case airtight.

In the meantime, they dismissed the case without prejudice yet again, so that they would have time to build a stronger one.

“We knew Ed Owens did it -- we just wanted to get to the point where we could actually prove it,” Rawlings said.

Police spoke to witnesses again, none who thought an affair between the two was likely. They also had Karin’s underwear tested and found new evidence: Ed Owens’ blood.

Police arrested Owens again and he was re-charged. During the trial, prosecutors laid out their claims: Owens had been at the bar that night and, knowing Steve was going into work, went to his house with the intent of sexually assaulting Karin. When she fought back, he killed her and then went back to the bar so that he’d have an alibi.

Ed Owens was found guilty and a judge sentenced him to life in prison without parole. He later claimed in 2009 Steve had offered him money to kill Karin multiple times and that he’d initially gone to her house that night to warn her, but instead strangled her during an argument, according to the Deseret News.

An investigation later found that Owens' claims were unfounded and that Steve had not been involved, according to Film Daily.

For more on this case and others like it, watch "An Unexpected Killer," airing Fridays at 8/7c on Oxygen.