4:40
Preview
An Exclusive First Look into the Case of Martin Lucas 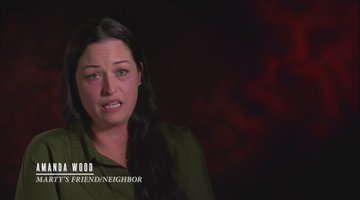 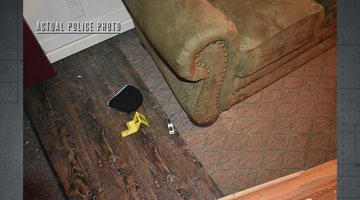 Martin "Marty" Lucas was well-known in Ardmore, Oklahoma for his kindness. Tragically, someone who had benefited from that kindness would end Marty's life.

On November 15, 2019, police arrived at his home to perform a welfare check. They could see through the window Marty was lying on the floor, so they forced their way in, only to discover Marty, then 63, was dead.

All signs pointed to a struggle: Items in the home had been knocked over, blood had splattered everywhere, and Marty’s hands were bruised.

“I think he fought for his life,” Eric Hamblin, captain of the Ardmore Police Department, told “An Unexpected Killer,” airing Fridays at 8/7c on Oxygen.

Blood on the back of Marty’s head indicated that he’d died from blunt force trauma. Police also found pieces of a moss-covered rock, which they traced to the stone pathway leading up to Marty’s front door. His wallet and phone were missing from the scene. But even more disturbingly, police also noticed burn marks, as if from a clothes iron, on Marty’s shirt, introducing the idea of torture into the equation. Had someone not only brutally killed Marty Lucas, but tortured him beforehand? And if so, why?

And who? There was no sign of forced entry in the home, suggesting Marty had been familiar with his killer and let them inside willingly.

Police began their investigation by trying to figure out who would want to harm Marty — no easy task, as he was not known to have very many enemies. He was “such a nice person,” his daughter-in-law Brittany Lucas told producers.

He did, however, struggle with substance abuse, and his addiction led him to commit petty crimes, authorities recalled. It was when he started his own carpentry business that he returned to the straight and narrow. Marty then devoted his life to being a good father and serving as a mentor to others who struggled with substance abuse by providing work for them.

Authorities spoke to Marty’s son Michael Lucas, who informed them that his father’s beloved truck was missing from the scene. It was a crucial lead for investigators. “We knew that this truck was a key to solving this homicide,” Brice Woolly, a detective with the Ardmore PD, told producers.

They were also able to track where Marty was last seen alive: He was known to visit a nearby gas station every morning to pick up coffee, but surveillance footage recovered from the scene showed that he’d last been there on Tuesday morning, three days before he was found dead on Friday. However, his truck was captured on surveillance footage being driven by someone on the road some time after that.

As the investigation continued, police scoured surveillance footage of the nearby gas station for any strange activity and soon spotted footage of a lone man walking from the direction of a motel toward Marty’s home. While investigators got to work trying to find the identity of the man, they also spoke again with Marty’s family in an effort to find out who Marty may have been spending time with before he was killed.

His family reported that Marty was not only known for giving jobs to people who were trying to get their life back on track, but he paid them in cash. He’d also had to fire a number of people after they were caught stealing from him. With that information, a new theory began to emerge: Could one of Marty’s workers, who would have known that he regularly carried large amounts of cash on him, have robbed him?

Police eventually received the autopsy report, which shed disturbing light on what happened in Marty’s last moments: It confirmed he’d died from blunt force trauma to the head, and revealed there were also burns on his back and his arms, and that they'd been inflicted onto him after he was already dead.

Still investigators were at a standstill, clearing all possible suspects that emerged until one phone call reignited the case. Marty’s truck had been found hundreds of miles away in Springdale, Arkansas. Someone had called police to report a man named Jack Latham was in possession of the truck. An investigation of the behicle revealed blood had recently been cleaned from the interior.

“This was the break that we needed,” Woolly said.

Police learned from Marty’s family Latham had been one of the men that Marty had hired to work for him. He had a criminal history filled with misdemeanors, but he was a trusted worker and was not known to be violent. He also hadn’t been seen for months, and had ties — an ex-wife and daughter — in Arkansas.

Police went to the jail to interview Latham, where they immediately noticed that he had a black eye and other bruises, which they suspected were sustained during Marty’s murder. But after detectives read him his rights and informed him that he was a suspect, he refused to talk, prompting them to instead seek out his daughter and ex-wife. They said that they’d seen Latham a couple of days before the murder and that on Tuesday night, he’d called Marty and asked for work but was denied due to his drug use.

Surveillance footage from the hotel that Latham was staying at showed him leaving the premises in the same clothes as the person who was caught on surveillance video in Ardmore walking toward Marty’s house before the murder. Security cameras also captured Latham driving Marty’s truck into the parking lot of the motel where he was staying, and then throwing something into the dumpster: likely the rock that was used during the murder, police theorized.

Police charged Latham with murder and he was extradited to Oklahoma to face charges. There, Latham began his confession: He told investigators he’d been desperate to get money for drugs and knew that Marty would have cash. Marty had refused to give him any money because he knew he’d use it for drugs and a physical fight occurred. Latham admitted to using a paperweight from a nearby table to hit Marty, at which point he panicked, took the money and the truck, and fled.

He denied using a rock from outside or an iron to attack Marty, leading police to suspect that the drugs he’d been on at the time had significantly altered his memory of the event.

“It was absolutely senseless, over a few hundred dollars,” Woolly concluded.

Jack pled guilty to second-degree murder and was sentenced to 25 years behind bars.

Marty’s family is now focused on honoring his memory by continuing to help others in their community, KTEN reported last year.

“It didn't matter who you were, or where you came from… he'd help you. And so we all help each other, we help everyone,” Brittany Lucas told the outlet. “I want to give back to my community just because of the person he was.”

For more on this case and others like it, watch "An Unexpected Killer," airing Fridays at 8/7c on Oxygen or stream episodes here.