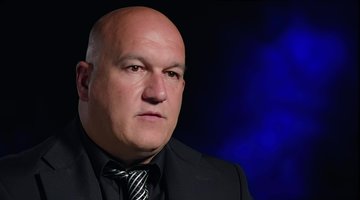 5:52
Preview
An Exclusive First Look into the Case of Megan Sharpton 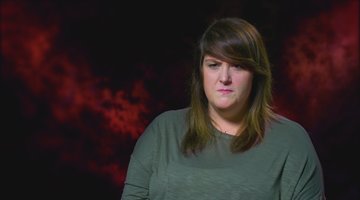 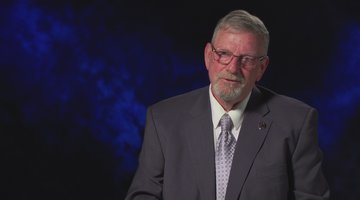 Tullahoma, Tennessee, isn’t the first place that comes to mind when considering a murder, but in the early morning hours of July 2, 2012, a grisly discovery would be made.

Near 1:30 a.m. that morning, investigators discovered a fire on the side of a rural road was actually a young woman’s body set ablaze.

“It was like something you’d see off a movie,” George Dyer, Franklin County Sheriff’s Office detective, told “An Unexpected Killer,” an Oxygen series.

Investigators suspected foul play soon after first responders extinguished the fire, revealing an unidentified woman with stars tattooed behind her ears, wearing the burnt remnants of a nursing school shirt. The female was in her 20s and undressed from the waist down; the fire seemed concentrated to her pelvic region.

Most glaring to those on the scene was the blunt force trauma to the woman’s head.“You could actually feel the broken bones in the skull,” said Detective Todd Hindman.

The victim was identified as 24-year-old Megan Sharpton of Tullahoma, Tennessee. Megan was a goal-oriented woman who’d worked her way through school and was just two months shy of graduating college. With her sights set on a promising career in the nursing field and with her boyfriend, Chris, at her side, it seemed she had everything going for her.

According to her mother and sister, Megan was due to have dinner with her family on the evening before her body was found. But soon after making plans, Megan called to explain that a last-minute job interview had come up and that she’d meet with them whenever she was able to. Relatives weren’t that concerned about the sudden change of plans. Hours later, Megan’s body was discovered burning on the side of the road.

Authorities quickly put a BOLO alert out for Megan’s car, as they had yet to account for it. Her sister, Carrie Taylor, immediately voiced her suspicions to police, pointing the finger at Megan’s boyfriend of three years, Chris. According to Taylor, Megan and Chris had an “up and down” relationship.

But while waiting to interview Chris, Bedford County personnel called detectives with a lead: they’d found Megan Sharpton’s vehicle parked on a country road, about 15 to 20 miles from the crime scene where her body was found in Franklin County.

Police shifted their focus back to the boyfriend. According to Chris, Megan told him that she’d accepted a job offer a friend from nursing school had recommended her for. Megan promised to be back later, while Chris went to work at a local department store from 5:00 p.m. to midnight.

Though Chris initially described a good relationship with Megan, his story soon started to unravel, and he admitted that their relationship became strained near the end. Despite this, Chris denied ever hurting Megan.

Investigators brought their attentions back to the job offer that Megan told friends and family about on the evening of her murder. According to the boyfriend, the recommendation for the new job came from a former nursing school classmate of Megan’s named Naomi. Via school records, police found a woman named Naomi Jones.

It seemed to be a dead-end, as Naomi Jones said she wasn’t close with Megan. The two were classmates the year before, and Naomi said she didn’t care for Megan, although she noted on one occasion, her husband drove them to clinicals. Naomi claimed not to know about the job offer.

The case seemed to hit a wall, but then the autopsy report came back and revealed a shocking detail: it was a gunshot wound to the face that killed Megan. The fire was started after someone raped and murdered her. A time of death placed the murder occurring before midnight. There was DNA recovered, which was sent to the crime lab for testing, offering investigators a glimmer of hope

Detectives circled back to the boyfriend, Chris. Now, with an official time of death in place, they were able to determine through surveillance video that Chris was, in fact, working at the department store when Megan was murdered. But Chris put them on a new investigatory path when he offered a new lead: While detectives couldn’t locate Megan’s phone, the call about the job interview came through on an older phone of Megan’s, which Chris had in his possession.

Police discovered that the phone used to lure Megan with a job interview was an unregistered burner phone. Though they couldn’t trace the number back to an owner, Detective Hindman did trace the phone to a local department store where someone had purchased it. Authorities pulled 11 or 12 surveillance videos of burner phone sales around the time of the murder, and one of them caught their eye, a man with an off demeanor who clearly already had a phone and was buying a burner phone.

Through surveillance footage, investigators followed the unknown man’s movements to the store’s exit and out to the parking lot, where the customer approached a red pickup truck. Detective Hindman circulated the man’s photo around the sheriff’s department and found out, within minutes, that the man on the video was a local drug dealer named Timothy Gifford.

Gifford was brought into the station for questioning but seemed eager to defend himself: He said he purchased the burner phone for a man named Donnie Jones. Investigators recognized the name right away.

Donnie Jones was a police informant with a long rap sheet that included crimes related to theft and drugs. Jones had also been accused of rape in the past. Most importantly, he was the husband of Naomi Jones, the former classmate of Megan’s.

Donnie Jones initially denied any involvement in the case. “I ain’t ever, I had no contact with her,” he told authorities. “I knew of her.” In addition, he denied ever talking to Megan outside the time he drove Megan and his wife to school and denied ever receiving a burner phone from Gifford. “I’m with my kids all the f--king time. That’s all I f--king do.”

But then the results of the DNA collected from Megan’s body came back to detectives: It was a match to Donnie Jones.

When confronted with the DNA evidence, Donnie switched gears and alleged that he and Megan had a consensual sexual affair. Unable to disprove this, authorities had no choice but to let Donnie walk.

Frustrated and running out of leads, investigators looked to a GPS analysis of the phones belonging to Megan Sharpton, Donnie Jones, Timothy Gifford, and the burner phone. While police waited for the results, which would take weeks, they arrested Donnie Jones on gun charges related to a rifle they found in his vehicle’s trunk.

The GPS data from the phones came back with telling results: The burner phone moved along with Donnie’s cell phone, and the burner was used to make contact with Megan. Then their communication stopped where police later found Megan’s car. Next, the GPS data mapped Donnie’s phone, Megan’s phone, and the burner to the location where authorities believed Megan was raped and killed, and then finally to the site where two people found Megan’s body burning.

“Donnie’s family owned several farms in that area,” said Sheriff Fuller in regards to where they found Megan’s car. “And that’s where we felt like she was murdered.”

After searching the property, police found a burn barrel. Inside were the burnt scraps of a purple scarf with stars printed on it, later determined to be a gift to Megan from her sister, Carrie.

The investigation into Jones and the phone revealed that he was on the prowl, trying to lure other potential victims before Megan Sharpton.

“If Megan hadn’t lost her life, I feel very confident that Donnie Jones would still be out, trying to trick young women,” said Megan’s sister, Carrie. “Megan put him behind bars for life. She sacrificed her life to keep everybody else in our community safe.”

“[Jones] essentially killed them both,” said Detective Dyer. “Sure did.”

For more on this case and others like it, stream episodes of "An Unexpected Killer" here.

Watch A New Episode Of 'An Unexpected Killer'

Murder Suspect Posted Theories About The Case On Facebook