Sign Up for Free to View
Who Could Have Killed Ann Branson? 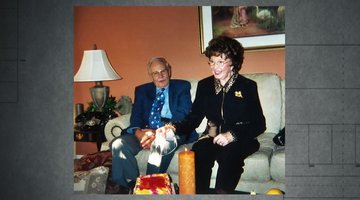 5:04
Preview
An Exclusive First Look into the Murder Case of Anna Mae Branson 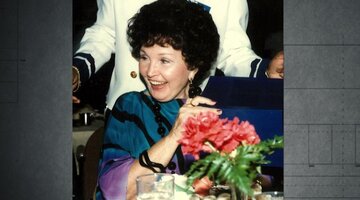 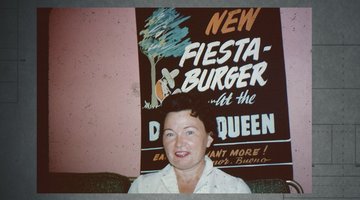 1:59
Exclusive
Ann Branson Was a “Kid at Heart”

85-year-old Anna Mae Branson was a multimillionaire businesswoman, described by those who knew her as glamorous and generous. She was beloved in the small community of Madisonville, Kentucky. Who could have wanted to murder her, and in such a vicious manner?

On January 13, 2003, an elderly man contacted Madisonville authorities to request a wellness check on his fiancé, Anna Mae Branson. When they searched her home. they eventually found her -- dead on the basement steps.

"It appeared first she could have fallen but then upon seeing all the injuries to her body it was obvious Ms. Ann had been murdered," Kelley Rager-Sawyer, an officer with Madisonville PD, told "An Unexpected Killer," airing Fridays at 8/7c on Oxygen.

She had many stab wounds in the back as well as defensive wounds, and she had been hit multiple times in the head until it changed shape. There was no sign of forced entry, and the place hadn't been ransacked like a burglary gone wrong. The viciousness of the 85-year-old's death horrified those who knew her.

Branson was a beloved local businesswoman who made her millions by owning a Dairy Queen in town, which was a local teen hangout spot. She was known to be generous with her money, lending it to those who needed it, as well as glamorous and effervescent. Recently, she had become engaged to a retired eye surgeon known as Dr. Bob.

The autopsy came in, revealing her time of death was somewhere between 7 and 7:30 p.m. It also confirmed the attack was as brutal as authorities suspected.

"She was stabbed 97 times, and she was beaten so badly lot of the stab wounds would have been inflicted post-mortem," Kathy Senter, commonwealth attorney, Madisonville, Kentucky, told producers.

So who could have killed her? After clearing her fiancé through his phone records, investigators considered an array of suspects, including as handyman who borrowed money from Branson and a tenant with psychotic tendencies. Through a polygraph test and an ironclad alibi, respectively, the two men were cleared.

Then, a tip emerged that changed everything. A call came in from someone who suggested Russell Winstead, Branson's nephew, had killed her.

Winstead was a coal mine worker who regularly attended church and had a wife and children. However, the tipster said, he also had an extreme gambling problem and owed Branson quite a bit of money.

After searching Branson's residence again, they found her ledger and discovered it was true: Winstead owed Branson close to $100,000. The day before her murder, there was a note adding that he had written her a check for $1,200. They also learned Winstead had visited the casino 236 times in one year, losing hundreds of thousands in cash.

When questioned by police, Winstead proclaimed innocence and used his wife as an alibi. She backed his story up, but was shocked to learn the extent of his gambling problem. Investigators also got a warrant to comb through the WInstead residence, finding a burner phone that confirmed Winstead was cheating on his wife with a casino waitress.

Still, cheating and gambling doesn't mean someone is a murderer.

"When we found out Russell had been living a literal double life, we were shocked, but we felt there was no way Russell had done this. We believed it with all our hearts," Branson's niece-in-law, Mary Branson, told producers.

But then Winstead's wife came forward to reveal Winstead coerced her into giving him an alibi and that he actually hadn't come home until later the night of the murder, meaning he was unaccounted for between 7 and 7:30 p.m., the time of the killing.

Police went to arrest him, but at this point Winstead had already fled the country.

Desperate to find him, the family had him featured on "America's Most Wanted." He was eventually located in Costa Rica, but extradition between U.S. and Costa Rica is tricky.

As authorities plotted their next move, they discovered Winstead's father, Earl, had been wiring his son money from Branson's estate so he could live comfortably in Costa Rica. This devastated the rest of the Branson family -- and Earl Winstead was found guilty of seven counts of hindering apprehension and given seven years probation.

Finally, in May 2005, Winstead was arrested at a casino in Costa Rica and sent back to the United States, although the U.S. had to agree not to seek the death penalty in the case.

In July 2007, the case went to trial. Prosecutors argued Winstead realized he couldn't afford the $1,200 check he had given Branson, had gone to her home to ask her to tear it up, and when she refused, he had simply snapped, stabbing her and hitting her over the head repeatedly.

Russell Winstead was found guilty of murder and first-degree robbery, and was sentenced to life in prison with the possibility of parole.

For more on this case and others like it, watch An Unexpected Killer," airing Fridays at 8/7c on Oxygen or stream episodes here.