Sign Up for Free to View
Was Terri Brooks Killed by Someone She Knew? 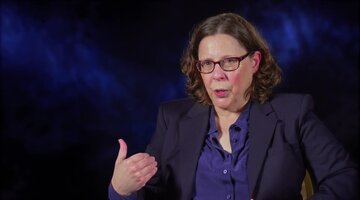 Now Playing
1:27
Exclusive
Was Terri Brooks Killed by Someone She Knew? 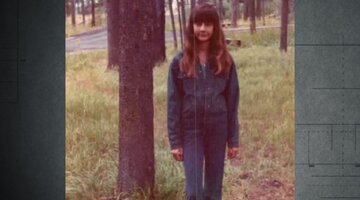 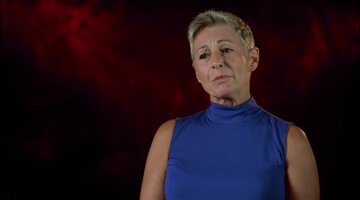 When Terri Brooks' fiancé, Scott Keefe, knocked on her father and stepmother's door in Falls Township, Pennsylvania early on the morning of Feb. 4, 1984, he told them he was worried.

“We heard a banging on the door and it was Scott Keefe standing here," Terri's sister Vicki Bartolino told “An Unexpected Killer,” airing Fridays at 8/7c on Oxygen. "And he’s like, ‘Terri’s car’s not in the driveway.’”

Terri's parents, George and Betty Brooks, hadn't seen her since she'd left for her job as the night shift manager at a local Roy Rogers restaurant the evening before. And Scott, who normally went by the restaurant after closing to sit with his fiancée as she finished up, hadn't gone that night because he was supposed to be working the early shift on Saturday morning.

The Brooks looked in their 25-year-old daughter's room, and it was clear that she hadn't come home after her shift. Her father decided to call the restaurant.

“And he goes, ‘This is George Brooks, Terri Brooks’ father, you know, she didn’t come home last night, is she OK?’" Bartolino said. "And they said, ‘No, she’s not. She’s been murdered.’"

Terri had been found by her manager near the kitchen inside the locked restaurant when he went to open up at 6:00 a.m

“Her body was positioned near the kitchen," Falls Township Police Det. Tim Stefan said of the scene he saw that morning. "There was a butcher knife sticking out of her neck, she had black and blue marks and bruises everywhere and it looked like hand marks around her neck, like she had been strangled. It was thought that she was still alive until the bag was put over her head because of the moisture in it from her breath."

Terri was wearing her winter coat and her purse lay near her body, its contents spilled out — but her shoes were a bit away from her body, up against another wall.

“To my mind, that was probably the first act of violence that took place, that she was literally pushed right out of her shoes, that a scuffle had taken place right there," Falls Township Police Officer Nelson Whitney told producers.

Terri's manager explained to police that the drive-thru window had been partially opened when he arrived and that there was around $2,500 (or nearly $7,000 in today's dollars) missing from the open safe.

Police interviewed Terri's coworkers and discovered that she'd recently gotten one of the cooks, a former Marine named Steve Daley, fired after he threw a temper tantrum in the kitchen and called her "a bitch" — but that he'd kept coming to the restaurant as a patron to "annoy" her.

Watch More Episodes Of 'An Unexpected Killer' In Our Free App

The coworkers she was with the night before were all interviewed too; all had alibis.

Terri's autopsy report came back and highlighted the brutality Stefan initially observed at the scene: Terri had been strangled, she had a brain hemorrhage from her head having been banged on the concrete floor repeatedly, and a bone in the back of her neck was severed from the stab wound. Because of the stab wound, the coroner said, she was likely paralyzed but conscious when she was suffocated with the trash bag, which was what ultimately killed her.

Because the crime was committed in 1984, the material found under her fingernails and near a defensive wound on the bottom of her right ring finger couldn't be tested for DNA.

But just two weeks later at another nearby Roy Rogers, another female assistant manager was attacked by an unknown assailant coming out of the bathroom. And a week after that, in Scranton — about 130 miles northwest of Falls Township — a lone female employee at a different restaurant was attacked by a man who waited until she was alone after closing and attempted to rob her. When she couldn’t access the safe, he took her money and stabbed her to death.

Scranton police had a suspect, Steve Duffy, who refused to answer questions in Terri's murder. Falls Township investigators got his prints, but they weren’t a match to anything at their scene.

The case eventually went cold — and stayed that way for 14 years.

But in 1998, a new police chief, Arnold Conoline, ordered a new look at the case and assigned Lori Markle in the local prosecutor's office to lead the investigation.

“One of the primary reasons that the police chief put this renewed focus on this case was that there had been developments in DNA technology during the 1990s," Markle told producers

Markle and Whitney went through all the physical evidence to try to develop a DNA profile of the killer and to look more closely at the victim, knowing that, despite the thinking at the time, the murder may not have been a robbery gone bad.

That's when they interviewed Terri's friend — and a coworker from her previous job — Cindy Bradney, who'd never been asked about the case before.

“I proceeded to tell them that, the week before Terri had been murdered, she wanted to call off the wedding,” Bradley told producers. “She just realized that’s not what she wanted.”

That had not been the impression Terri's family had given of Albert Scott Keefe, who had been 22 at the time, to police after her murder.

“To her parents, Scott was this loving, caring fiancé who would check on Terri and drive by to make sure she was safe and give her rides,” said Whitney.

Bradney, however, said the relationship had soured after Terri took the job at Roy Rogers, which was owned by the Marriott Corporation and represented a steppingstone to bigger and better things.

“His jealousy became an issue,” said Bradney. “He was very possessive. Scott would not let Terri stay alone ... She was afraid to tell him she didn’t want to be married."

To Whitney, the case suddenly made sense: how the killer got into the locked restaurant even though staff swore the drive-thru window was barred shut; where the kind of rage that would match the brutality of the crime came from.

Keefe had since gotten married, had a kid, gotten divorced, and moved back in with his parents, where he'd been living at the time of the murder. (Investigators knew this because he'd recently been arrested for driving under the influence in another jurisdiction, the New York Times reported at the time.)

Forensic investigators had managed to develop a DNA profile from evidence on the knife and on Terri's ring finger. In order to determine whether it matched Keefe, they surveilled him at his parents' house and discovered that he smoked Newport cigarettes, which no one in the house did. Then, when he curbed the family trash, investigators took it and harvested DNA from the cigarette butts they found.

(According to the Times, they also recovered cigarette butts from Scott Keefe's brother, Charles, at a separate time and ruled him out.)

Police invited Keefe to an interview about the crime and he agreed; they scheduled it for the 15th anniversary of Terri's murder in 1999. He initially told the same story as he had in 1984, so Whitney moved slowly through the more probing questions and asked him to take a polygraph.

The polygraph indicated he was lying.

“Scott started to say things like, ‘I didn’t mean for this to happen,’” said Whitney. “But then he caught himself and said, ‘But I didn’t do it ....  Over time, that culminated at one point in him saying ‘She came at me first’" Whitney added. "And that was the first time he put himself at the scene.”

Eventually, he admitted she had wanted to break up and he became furious. He said he punched her in the face, choked her, and stabbed her.

"Then, in his words, he bent over to make sure she was dead, saw that she was still breathing, so he grabbed the trash can liner to wrap around her face to make sure that she would in fact die," Whitney added. "And he said he didn’t want to look at her face.”

Keefe additionally admitted that he'd staged the robbery ... and set himself up to look like the innocent fiancé.

“Scott told us the reason he went to the Brooks family home the morning of the murder was to make him look innocent,” said Whitney. “So he’s surrounded by her family when the crime is supposedly discovered. It was completely a misdirection, a diversion that worked for 15 years for him.”

On the 15th anniversary of Terri's death, her fiancé, Scott, was arrested for her murder.

He was eventually charged with first-degree murder, pleaded guilty in 2000, and was sentenced to life in prison. He remains incarcerated at the State Correctional Institution at Albion in western Pennsylvania.

For more on this case and others like it, watch "An Unexpected Killer," airing Fridays at 8/7c on Oxygen, or stream episodes here.

Why Would A Beloved Nephew Murder His Aunt's Fiancé?

A College Student's Murder Leads Cops To One Of Their Own