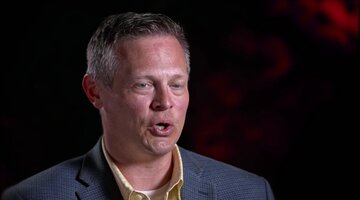 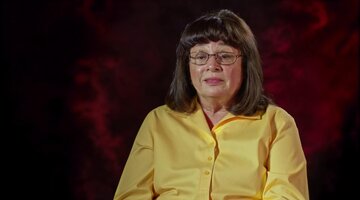 The sleepy town of Germantown, Wisconsin was rocked to its core by a frantic 911 call made on the morning of May 28, 1999.

Someone had found a young woman lying on the side of the road. When authorities arrived, they found blood in the street and on the grass, The victim, 22-year-old Theresa Wesolowski, was lying face down on the ground next to her car. She’d been stabbed multiple times on the front of her body and in her neck, and there was blood on her hands. Evidence indicated she’d been stabbed in different locations — the street, the grass, and against the car.

“I do believe there was rage in this case,” Michael Yogurst, a detective with the Germantown Police Department, told “An Unexpected Killer,” airing Fridays at 8/7c on Oxygen.

Tire marks suggested another car had been present in front of Wesolowski's and had sped away, likely taking the murder weapon with it. However, when investigators found money left behind in Theresa’s purse, they quickly ruled out a robbery.

Wesolowski's loved ones were shocked when authorities notified them. She was well-liked by those who knew her and no one could think of a reason why anyone would want to hurt her, especially in such a violent manner. The results of the autopsy showed that, due to the lack of defensive wounds, Wesolowski was likely taken by surprise, and the assailant, likely holding her face down at some point, stabbed her 47 different times.

The last time Wesolowski had been seen, she’d been leaving her second job at a box factory at around 11 at night. Interestingly enough, police soon received a tip that workers had seen a man at a local Department of Public Works who arrived covered in blood. He asked to use a bathroom to clean up and then left promptly. Police had a sketch artist create a likeness of the suspect and released it to the public.

In the meantime, they interviewed Wesolowski’s friends and family and found out at the time of her murder, Wesolowski had been dating a man named Charlie. The two were said to argue frequently.

Seated in front of investigators, Charlie seemed nervous, but claimed he’d been home all night with his mother on the night of the murder, an alibi his mother backed up.

Police turned their attention back to her place of work, as the murder occurred within miles of the building. One co-worker, Mark Libecki, worked the same shift as Wesolowski. The two were close friends, he said, and he explained she seemed like she was having a bad day before she was killed.

Others at the factory reported seeing Wesolowski arguing with another co-worker, Isaac Alvarez, at her car before leaving that night. This piqued police’s interest, as Alvarez was known for carrying a knife at all times, but during his police interview, Isaac maintained his innocence and the results of a polygraph test were inconclusive.

Police moved on to their next suspect, a man named Jerry Kirkpatrick who worked as a delivery person at the sandwich shop where Wesolowski worked. He had pursued her romantically, but Wesolowski wasn’t interested. Wesolowski's friends were especially suspicious because they thought the police sketch of the blood-covered man at the factory resembled Kirkpatrick.

However, Kirkpatrick ended up having a solid alibi as well.

As weeks and months passed, Wesolowski's case began to grow cold. It was especially hard for her loved ones: Police suspected Wesolowski had been killed by someone close to her, but without any evidence pointing toward a culprit, mistrust began to grow within her circle.

“I alienated myself from people because I just didn’t know who I could or couldn’t trust,” Wesolowski's best friend, Michelle Oostenbrug, told producers.

As years passed without answers, Wesolowski's family kept her case alive by holding a yearly vigil. It was at one of those vigils in 2005 that progress was finally made. The family noticed flower arrangements had been left at her grave, but no one knew who had left them. It was police’s first clue perhaps someone was feeling guilty for Theresa’s death.

That same year, a new type of DNA testing became available. Tanks to Y-STR DNA testing, researchers were able to find trace amounts of male DNA in large amounts of female DNA, described as “finding that single grain of salt in a bag of sugar," DNA analyst Patty DoBrowski told "An Unexpected Killer."

It was the break investigators needed. Analysts who re-tested the blood from Wesolowski's hands were able to extract male DNA from it. Investigators gathered DNA from their top suspects and even from people vaguely related to the case, only to find a match they never expected: Mark Libecki, Wesolowski's friend at the factory.

Speaking to Libecki's co-workers, authorities learned he was a quiet but generally likeable guy who was known for showing off pictures of his daughters. Unbeknownst to his co-workers, however, was that Libecki did not actually have any children and had never been married. He lived with his parents in a mobile home in a rural part of town, and authorities theorized that he lied about his life in an attempt to fit in.

"He had this pretend life," Yogurst said.

However, Libecki’s attorney would later claim that he lied about having children to get out of going out with co-workers, using having to save money for child support as an excuse, the Milwaukee Journal Sentinel reported in 2009.

Police also learned from another co-worker that Libecki had asked her what he could do to increase his chances of Wesolowski going out with him, proving Libecki actually did have romantic feelings for Theresa. They also gathered other evidence: His shoes were a match to the type that left the bloody footprints found at the crime scene, and the type of car he drove matched the acceleration marks on the road.

Finally, authorities called Libecki in for questioning at the station. While he initially seemed confident and comfortable, that all changed when he learned about the DNA evidence against him. He began changing his story, telling detectives he and Wesolowski may have hugged at some point. He then pointed to another co-worker, a man named Tom Thompson, and claimed he’d been with him the night of the murder buying and doing cocaine in his car, and that Wesolowski had been there with them. She’d gotten into a fight with Thompson in Libecki's backseat and Thompson had stabbed her, Libecki claimed, and then threatened him to stay quiet.

Thompson had died three years before Libecki’s interview with police, so police were unable to question him. Still, those who knew Wesolowski said she had no interest in drugs.

Investigators, still convinced Libecki was their killer, tracked down the car he’d been driving at the time of the murder and had it deconstructed, only to find traces of blood beneath the perforated leather of the seats. Testing showed the blood was Wesolowski's, and officials charged Libecki with her murder.

Although he maintained his innocence and claimed it was Thompson who did it, authorities believe Libecki had been lonely and built up a relationship with Wesolowski in his mind. On the night of the murder, he’d made his move, and when Wesolowski turned him down, he brutally murdered her.

“He was a monster that night,” Kim Skorlinski, a special agent with the Wisconsin Department Of Justice, told producers.

Libecki was convicted of Wesolowski's murder. A judge sentenced him to 30 years in prison without the chance of parole.

For more on this case and others like it, watch "An Unexpected Killer," airing Fridays at 8/7c on Oxygen, or stream episodes any time on Oxygen.com.

Is A Serial Killer Behind The Colonial Parkway Murders?