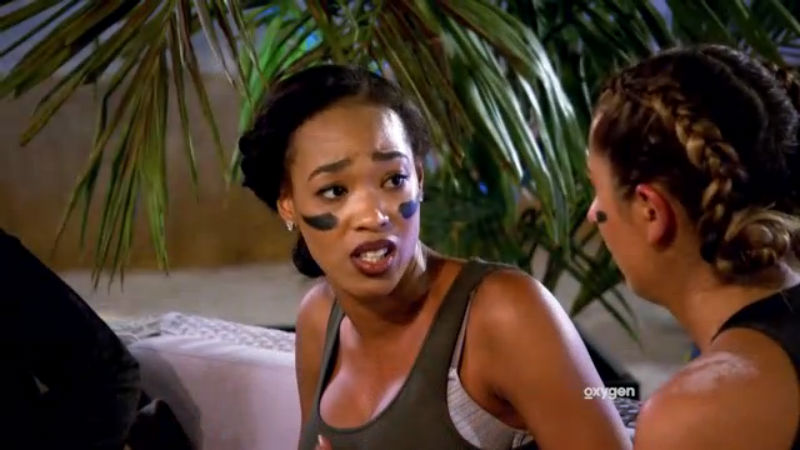 NEW YORK – December 16, 2015 – BGC returns with a new twist as four sets of feisty sisters move into the mansion on “Bad Girls Club: Twisted Sisters” premiering Tuesday, March 15 at 8PM ET/PT on Oxygen. These fierce alpha females are eager to improve their relationships with each other and confront their issues head on.  The girls will not only face tension with family, but will also have to tackle the clashing personalities of their other housemates.  Life coach Laura Baron will work with the sisters in hopes to tame their tempers and strive to strengthen their bond with one another.  Catch a casting special on Tuesday, March 8 at 8PM ET/PT to meet the ladies before they officially move into the house.

Angela and Kristina are trust-fund party girls with bad attitudes and short tempers.  After their parents divorced, the sisters chose sides and Angela lived with their mother while Kristina moved in with their father.  They have not always had a close relationship and did not speak for a couple years after an intense argument.  Angela is a self-proclaimed princess who obsesses over all things fashion and beauty while younger sister Kristina is a proud tomboy who isn’t afraid to get dirty. The competition is always stiff between these Jersey girls and although they both agree they will own the house, they hope to learn to control their anger and create more friends than enemies.

Olivia and Diamond are half-sisters who share a love of pranks and the ladies. They didn’t grow up together and only found out about each other when their father was released from jail. From teasing men in the clubs to catching the attention of straight women, Olivia craves attention and is a huge flirt.  Diamond always wants to be in charge, yet her controlling ways creates tension between her and her older sister.  These lesbian ladies are looking forward to working with a life coach to help deal with their rough upbringing.  Olivia also hopes to find ways to cope with the loss of her mother.

Annalisa and Jessica are feisty Italian twins from Staten Island who share everything from outfits to men.  This duo enjoys scheming and revenge, a threat to anyone in their cross-hairs.  Although heavy into the latest styles, the girls detest being called materialistic and know there is much more to them than their looks. The sisters however do not have many friends and often separate themselves from others. They are open to improving their communication and social skills in the house.

Amber and Asia are best friends and half-sisters who bring the party with them wherever they go.  Thanks to her military background, Amber is one tough cookie, both physically and emotionally.  Asia is a bubbly free spirit who is guilty of always getting herself into drama-filled situations. The sisters have only known about each other for a number of years and hope their time under the same roof will help them resolve their trust issues and short tolerance of others.