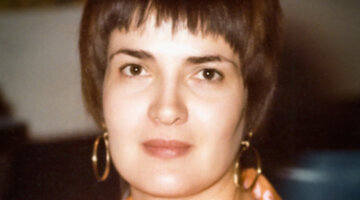 Now Playing
1:31
Preview
A First Look at the Chilling Story of Jill Coit 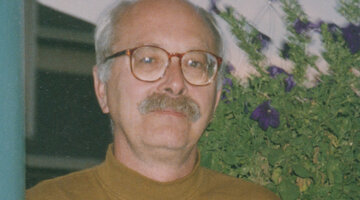 1:44
Preview
What Happened to Gerry Boggs? 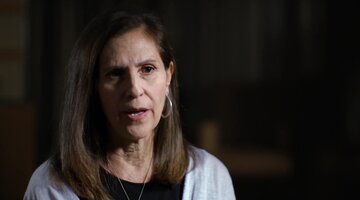 4:23
Preview
Was There Justice in the Gerry Boggs Case?

A serial bigamist, alleged con artist, and killer was undone by one of her ex-husbands.

In Steamboat Springs, Colorado, Gerry Boggs, 52 was known as a creature of habit. He kept to the same schedule and diet without fail. So, when he was a no-show for work at his family hardware store on October 22, 1993, his brother, Doug, checked on him at his home.

He found Gerry’s dead in the kitchen. He’d been shot three times with a .22 caliber gun and beaten with a shovel, according to “Black Widow Murders,” airing Sundays at 7/6c on Oxygen. Doug was convinced his brother’s ex-wife was behind the murder.

Gerry and Jill wed after a whirlwind romance and her revelation that she was pregnant. But only seven months later, the marriage soured. Gerry learned she never divorced her last husband, and he suspected she faked her pregnancy.

The marriage was annulled, and he filed fraud suits against her.

“He wanted to expose her for what she was and what she had done so it wouldn't happen to someone else,” said Thaine Gilliland, Gerry’s friend.

Six days before the trial was set to begin, Gerry was killed.

Witnesses reported seeing two individuals near Gerry’s house who looked out of place. Who were they? Unidentified marks were on Gerry’s cheek. What made them?

As detectives searched for answers, Gerry’s family urged them to look into Jill’s past. Two years earlier, Doug had hired Judy Prier-Lewis, Gerry’s friend and a private investigator, to do some digging of his own.

“It just developed into such a story,” Prier-Lewis told producers. “I was shocked.”

It turned out Jill had three social security cards, four birth certificates, and at least 15 aliases going back 25 or 30 years, as well as a slew of husbands, according to “Black Widow Murders.”

Born in Louisiana, Jill moved in with relatives in Indiana when she was 15. In 1961, when Jill was 18, she married her first husband, Larry Inhen, an apprentice bricklayer. Months later, she left that relationship and headed back to Louisiana. While taking acting classes at Northwestern University, Jill met Steve Moore. They married in 1965 and had a son, Seth. They split within a year.

While living in Texas, she met William Coit Jr., an engineer, in 1966. He was unfazed by Jill’s previous marriages, and the couple tied the knot. He even adopted Seth as his own son. Jill and William, who was unaware his wife hadn’t divorced her last husband, then had two sons of their own. But by 1972, Jill was spending her husband’s money and having affairs. He filed for divorce and custody of their children.

Three weeks before the divorce was finalized, William was fatally shot three times with a .22 caliber firearm.

Jill went to New Orleans, hired a lawyer, and checked herself into a psychiatric hospital to avoid questioning. Detectives were unable to prove Jill’s involvement in William’s death. No one was ever charged in connection with the case.

In 1973, Jill left the hospital and moved with her three sons to California. There, she persuaded Bruce Johansen, a man in his 90s, to legally adopt her. After he died, she had claim to his estate.

She married her fourth husband, U.S. Marine Corps Major Donald Brodie, the same year. The relationship soon unraveled and she and her sons moved to Louisiana.

But Jill found a way to get money from Brodie. “She used the ruse on him of a false pregnancy providing a false birth certificate to collect child support,” said Singular.

She later told him the baby died. But there were no signs there ever was a child.

In 1976, Jill married Louis DiRosa, the lawyer who’d helped her divorce William Coit. They had an on-off relationship — and wed each other twice.

RELATED: Louisiana Church Lady Preyed On Men And Poisoned Them With Arsenic

During an “off” period in 1978, she married spouse number six, Eldon Metzger, even though she wasn’t legally divorced from DiRosa. The union was short-lived. Jill divorced Metzger, and in 1983 she met and wed Carl Steely. He was the headmaster of an Indiana prep school that two of her sons attended. Like her other relationships, it soon ended.

Although she had finally managed to divorce DiRosa, she was still married to Steely when she met and tied the knot with Gerry Boggs.

Jill’s checkered past with men and marriage all came out as investigators worked Gerry’s homicide. Similarities between the murders of William Coit and Gerry Boggs were noted. Besides the murder weapon, in both cases, there were legal proceedings that were underway.  Plus, as with Coit, Jill stood to gain financially from Gerry’s death.

When investigators questioned Jill about Gerry's murder, she had a strong alibi. She claimed that on October 21,1993 she and her boyfriend, Michael Backus, had gone camping about 150 miles west of Greeley.

Jill’s alibi was supported by analysis of Gerry’s stomach contents that established his time of death. But upon review of the medical evidence, investigators determined that Jill actually did have ample time to commit the crime.

Police got a warrant to search Jill’s car, where they found a map of Mexico, wigs, and a stun gun. Investigators believed the suspects were wearing the wigs when Gerry’s neighbor saw them. Tests with the stun gun helped identify the mysterious marks on Gerry’s face.

Police tried to arrest Jill and Michael, but they’d skipped town. Eventually, though, Jill and Backus returned to Colorado. On December 23, 1993, they were arrested. They were both charged with first- degree murder, and the trial began in 1995.

Various witnesses testified that Jill and Backus solicited them to kill Gerry Boggs, according to “Black Widow Murders.” Prosecutors made the case that when no one stepped up, they were forced to kill Gerry themselves.

Seth testified that his mother called him on October 22, 1983 and told him that "'it’s over, and it’s messy.' And in his mind, there is no doubt that she's talking about the murder of Gerry Boggs,” said Stephen Singular.

Both defendants were convicted of first-degree murder and conspiracy. They each received a life sentence and an additional 48 years, according to court documents.

To learn more about the case, watch “Black Widow Murders,” airing Sundays at 7/6c on Oxygen.

Why A Baltimore Woman Was Labeled A ‘Black Widow’