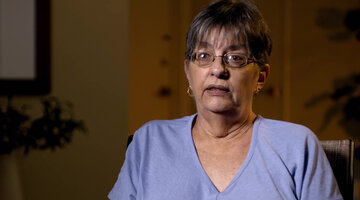 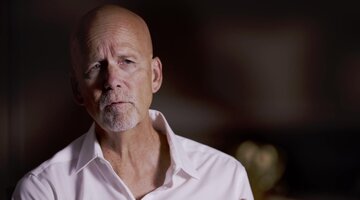 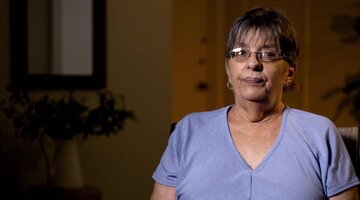 For several lonely elderly men seeking companionship, she presented herself as a sweet and charming retired woman. But, according to authorities, that was all part of a devious disguise.

Melissa Ann Shepard “went by several names and she went through several men,” according to “Black Widow Murders,” airing Sundays at 7/6c on Oxygen.

One of them was Alex Strategos, a divorced man in his 70s in Pinellas Park, Florida. He and Melissa, who was living in Canada, met via an internet dating site. After clicking online, she came to Florida.

In December 2004, they returned to Alex’s home after going out for dinner. Later, Alex, 73, who’d had a series of mini strokes in the past, suddenly passed out and Melissa called 911, according to "Black Widow Murders."

By the time he was discharged from the hospital, Melissa had moved in to care for him. His son, Dean, said in the episode he “thought it was a little bit too much too quickly.” But he acknowledged that his father needed help and liked her attention.

The situation took a dark turn, though. Alex’s mysterious episodes sent him to the hospital eight times in two months, as seen in the series. Doctors ran a full battery of tests and found significant traces of benzodiazepines in his system. Alex suspected that Melissa was putting the drugs into ice cream, which she served him nightly, according "Black Widow Murders."  Alex went to a skilled nursing facility where he could be monitored as he regained his health.

As his father mended, Dean was shocked to discover that Melissa, who’d known his dad for a short period of time, had obtained Alex’s power of attorney, according to "Black Widow Murders." She claimed she did it to be able to pay Alex’s bills while he recuperated.

Alex’s friend Judy Frock was alarmed, too — doubly so when law enforcement friends spelled out what Melissa could do with that legal document.

According to the show, Melissa had drained out his father’s savings and checking account, worth $18,000 total.

Investigators launched a probe into Melissa’s background. They found that she had more than 30 convictions and various aliases.

There were more disturbing discoveries, including that she “had multiple husbands that have died under mysterious circumstances,” criminologist Michele Wood told producers.

In 1985, Melissa had spent time in jail for multiple frauds, according to "Black Widow Murders." When she was released she and her husband, Russell Shepard, moved to a new town to make a fresh start.

The first marriage didn’t last. It was over soon after she met 41-year-old Gordon Stewart, an ex-serviceman, said Barbara McKenna, a former journalist with The Guardian in Charlottetown, Canada.

Melissa and Stewart eventually wed, but the marriage soured. Authorities allege in April 1991, Melissa ran over Stewart. She claimed it was an accident and that he’d tried to rape her.

“They knew Gordon had a drinking problem. But the toxicology reports show that he had a lethal dose of benzodiazepines in his system,” said Wood.

Prosecutors believed greed was the motive for Stewart’s death, as his armed forces pension became hers. But attorneys couldn’t convince a jury of premeditation. Melissa was convicted of manslaughter and sentenced to six years behind bars. She then became an outspoken advocate for battered women, according to "Black Widow Murders."

Melissa left Canada when her parole was up, eventually landing in Florida.

In April 2000 at a religious retreat, she met Robert Friedrich, a retired widower and devout Christian in his 80s. She wrote to him saying that she’d seen him speak at a prayer meeting and that God had told her that they belong together, according to McKenna.Within a week they were married.

In 2002, Dennis Friedrich and his two brothers received a disturbing phone call. During the 18 months that their dad had been married, his financial accounts had been drained, Dennis told producers. Not long after Robert’s financial adviser told his son what was going on, Melissa had her husband’s will changed so everything was left to her. Less than a month later, Robert died. The official cause of death was cardiac arrest.

Although Dennis suspected foul play, there was no autopsy because a doctor signed his father’s death certificate over the phone, Dennis told "Black Widow Murders."

Years later, in Pinellas County, Florida, police and loved ones were determined to find out what was happening to Alex. Melissa was brought in for questioning, while a search was conducted at Alex’s condo. Police found bags of different pills as well as e-mails on her computer to several different men.

“She had about three or four new dates and she was ready to go on,” said McKenna.

Melissa eventually pleaded guilty to an array of charges like fraud and abuse of the elderly. Her sentence added up to five years.

On April 4, 2009, 74-year-old Melissa was released after serving four years and deported to Canada. Three and a half years later, 73-year-old Fred Weeks fell ill during a trip to Nova Scotia with his wife — Melissa.

Investigators discovered that Weeks’ system was filled with tranquilizers. When they searched his room, they found that it was full of tranquilizers, all in Melissa's name, according “Black Widow Murders.”

Melissa was arrested and charged in Canada with administering a noxious substance by poisoning Fred Weeks, who survived the ordeal. She pleaded guilty to all charges. She spent nearly three years in a Canadian prison, The Washington Post reported.

Paroled in 2016, Melissa’s release came with conditions — she couldn't date or use the internet. But months later, she was allegedly found at the library in Halifax on the internet trying to date, said McKenna.

On April 11 2016, 80-year-old Melissa was arrested and charged with breaking the terms of her release. The charges were eventually dropped.

The allegations of her drugging Robert Friedrich and Alex Strategos were never proven. Melissa is still a free woman living in Nova Scotia.

To learn more about the case, watch “Black Widow Murders,” airing Sundays at 7/6c on Oxygen or stream episodes here.

Breaking Down The Deadly Web Of A 'Black Widow'