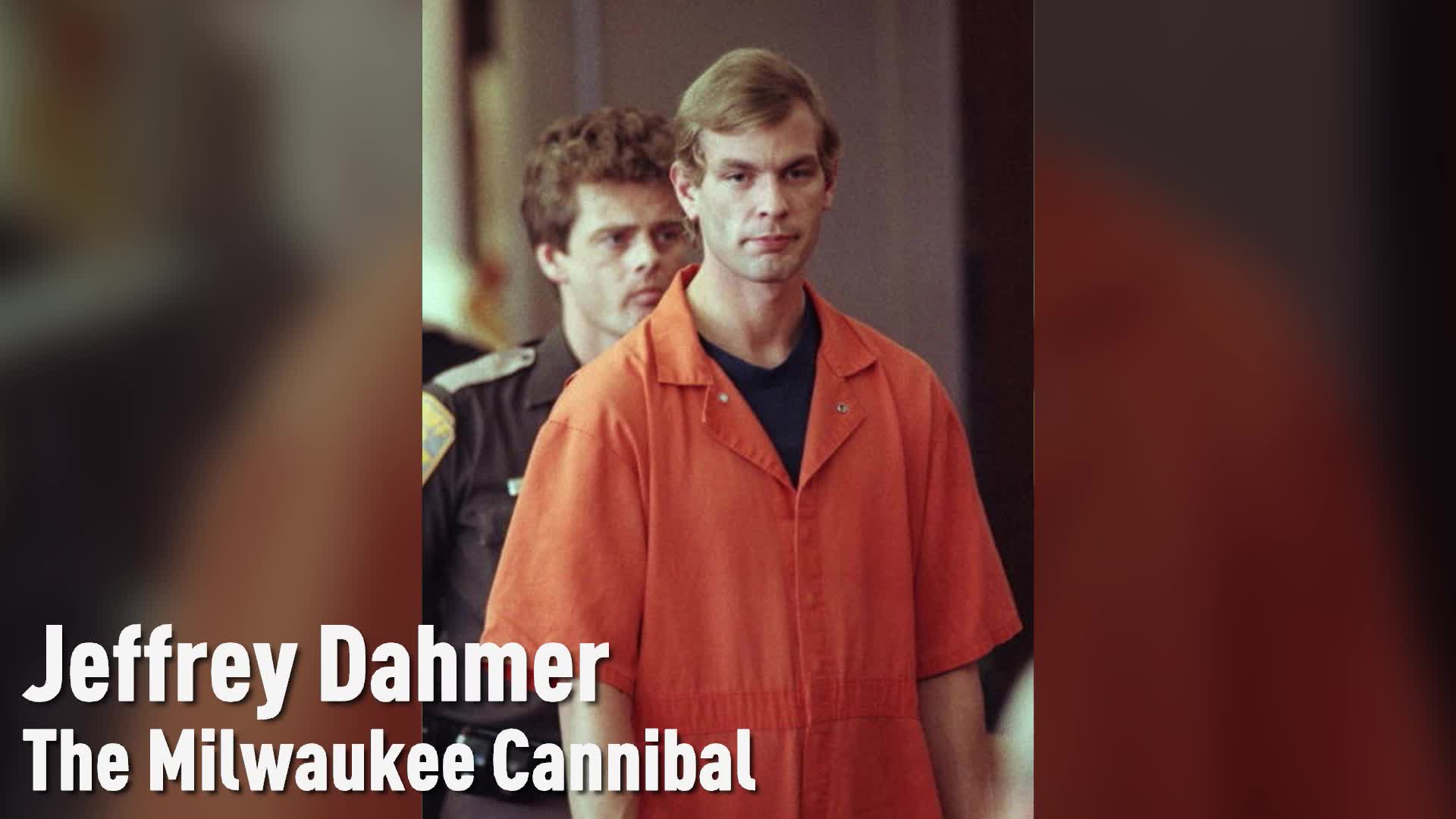 On July 22, 1991, police made a gruesome discovery while searching the apartment of Milwaukee serial killer and cannibal, Jeffrey Dahmer. Officers were led to apartment 213 after finding Dahmer’s final victim, Tracy Edwards, who had managed to escape and run down the street with a pair of handcuffs dangling from one of his wrists. According to the Los Angeles Times, Edwards, 32, told police Dahmer restrained him and threatened him with a knife. When police entered the apartment to question Dahmer and find the key to the handcuffs, they also searched Dahmer’s room to find the knife.

But what the officers found was much more disturbing than a weapon. Close to 80 Polaroids of naked, posed and dismembered bodies were discovered in Dahmer’s open dresser drawer. After arresting Dahmer, a search of the apartment revealed a grisly collection of severed heads, bleached skulls and a 57-gallon vat of acid for dissolving human flesh, according to the documentary “Dahmer On Dahmer: A Serial Killer Speaks.” In his fridge, officers found neatly packed body parts ready for consumption, and forensic evidence later revealed the remains were from 11 different victims.

The crime scene photographs taken in apartment 213 at 924 North 25th Street in Milwaukee, WI show the unbelievable horrors committed by a seemingly quiet and “charming” man. Scroll down to see what officers uncovered the night of Dahmer’s arrest.

Former neighbor Pamela Bass stands outside Dahmer's apartment. In "Dahmer On Dahmer: A Serial Killer Speaks," Bass recounted a time she helped Dahmer clean his home after the landlord threatened to evict Dahmer for horrible smells, saying, "I went in to help him clean up, and he told me, 'It's the freezer over there. My grandma had sent me some meat, and I put it in there and I went back to her house and I forgot to plug it in.' I haven't been around no dead people; I don't know anything about how they smell. He had a very good disguise — that's what it was."

Dahmer's fish tank. The serial killer once blamed the death of his tropical fish for the horrific smells coming from his apartment.

Dahmer's living room. The night of his arrest, Dahmer had invited Edwards back to his apartment to watch "The Exorcist III" and drink beer.

Polaroids of Dahmer's victims. After the officers found Dahmer's photographs, Bass remembered, "Officer yelled, 'Get the cuffs on him,' or something like that. The other one came out in the hallway, and I was running down that way to get out the way because I said, 'I don't know what they're doing. I don't know what they found.'"

Dahmer's dishes. Dahmer admitted to eating the flesh of his numerous victims. In 1993, he told "Inside Edition," "I was branching out, that's when the cannibalism started, eating of the heart and the arm muscle. It was a way of making me feel that they were a part of me. At first it was just curiosity, and then it became compulsive."

Dahmer's saws and tools. Dahmer regularly used to decapitate and dismember his victims in order to dispose of or preserve their bodies.

Dahmer's kitchen. Homicide detective Patrick Kennedy said in an interview with radio show Rover’s Morning Glory, “The word surreal is used quite a bit. But it really was surreal here. [...] When I looked into the refrigerator it was a clean and empty refrigerator except for an open box of Arm & Hammer soda in the back and this box in the middle containing this freshly severed, bloodless, human head. It was a black male with his eyes and mouth open with an expression of almost excitement or surprise so when I saw it, I can say that I had been a police officer for many years and seen some horrendous things. [...] But I can tell you that the sight was so weird that everything in my whole being told me, ‘Man you need to get the hell out of here.'"

Vat of acid. Officers first came to Dahmer's apartment in May 1991 when they returned a partially naked and drugged 14-year-old boy they found wandering the street. Dahmer convinved the officers he and the boy were just lovers having a spat, and that the boy was safe with him in the apartment. According to The New York Times, Dahmer said he killed the boy after the officers left, and that "if officers had looked in the next room they would have found skulls, frozen body parts, severed heads, torsos in an acid-filled vat and preserved genitals."

Sketch of altar. On photographing his victims, Dahmer told "Inside Edition," "If I couldn't keep them there with me whole, at least I felt that I could keep their skeletons. And I even went so far as planning on setting up an altar with the 10 different skulls and skeletons."

The prosecuting attorney in Dahmer's trial, E. Michael McCann, explained in "Dahmer On Dahmer: A Serial Killer Speaks," "The altar was not of any religious ritual involved; it was [built] as a memory of the people that he had killed. There just seemed to be an absence of any moral compass in the man at all. He was an evil man."