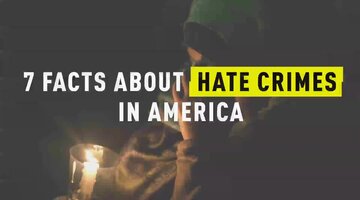 Nearly three weeks after he became the victim of an alleged racist and homophobic attack, actor Jussie Smollett says that he’s pissed off — not just about the assault itself, but the personal attacks he’s received in the weeks since he came forward with his story.

Smollett was allegedly beaten while leaving a Subway restaurant in Chicago at around 2 a.m. on Jan. 29. He says two unknown assailants, who are still at large, got his attention by using racist and homophobic slurs, then beat him, threw a chemical that may have been bleach on him, and left a noose around his neck.

In an interview Thursday with “Good Morning America” — his first since the attack — the 36-year-old “Empire” star not only recounted what happened that night, but addressed the controversy surrounding the incident. Despite his claim that he has been “100% factual and consistent” when working with police, some on social media (and in his own neighborhood) have accused him of fabricating his story, which has left him feeling “pissed off,” Smollett told host Robin Roberts.

Smollett told police that his attackers said, “This is MAGA country,” during the attack, according to initial reports. The actor transported himself to a hospital after the attackers fled, where he was treated for minor injuries.

Smollett recounted the night of the attack during his “GMA” interview. He was out getting food when he first heard someone trying to get his attention, he said.

“I heard as I was crossing the intersection, I heard ‘Empire,’ and I don’t answer to ‘Empire.’ My name ain’t ‘Empire,’ and I didn’t answer,” he said. “I kept walking, and then I heard ‘[Homophobic slur] ‘Empire’ [N-word].’ So, I turned around and I said, ‘[What] the [expletive] did you just say to me?’ And I see the attacker, masked, and he said, ‘This MAGA country, [N-word].’ Punches me right in the face, so I punched his a-- back.”

Smollett said that he then picked up his phone, which had fallen out of his pocket during the attack, and found that his manager was still on the line. He told him that he’d been “jumped,” and shortly afterwards realized that the attackers had put a rope around his neck at some point during the attack. He didn’t notice it before because everything happened “so fast,” he said.

Smollett said that he was not able to give a thorough description of his attackers because of how quickly everything happened, coupled with the fact that at least one was wearing a ski mask.

“I can’t tell you what color their eyes were, I can’t tell you, and I did not see anything except the second person I saw running away. And the first person, yeah, I saw his stature. I gave the description as best as I could,” he said. “You have to understand also that it’s Chicago, in winter. People can wear ski masks and nobody’s going to question that.”

Chicago police are currently investigating the incident, and released surveillance photos earlier this month of two people believed to be people of interest in the case. Smollett said on Thursday that he believes that the two unidentified men in the photo are his attackers. However, no arrests have been made thus far.

Amid controversy surrounding Smollett’s phone records from the night of the attack, the actor’s representatives confirmed this week that the records have been turned over to the authorities. However, police said that the information Smollett provided them with was not “sufficient” for a criminal investigation into a possible hate crime.