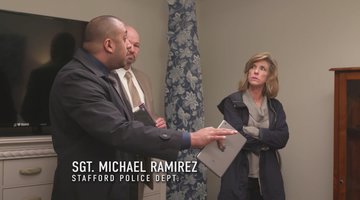 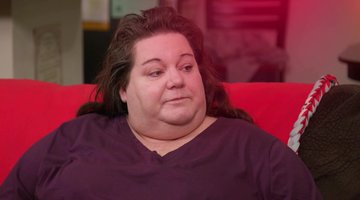 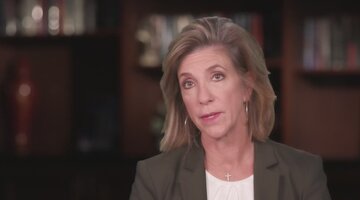 1:22
Preview
What Happened to Jerry Humphrey?

For more than 17 years, Jerry Don Humphrey’s sister, Rita, has kept a constant watch on her brother’s murder investigation.

On December 22, 2003, Humphrey, who ran a tow truck and repo operation in Stafford, Texas, was shot to death as he slept in his bed. The case has never been solved.

In an episode of “Cold Justice,” airing on Saturdays at 8/7c on Oxygen, veteran prosecutor Kelly Siegler and investigator Abbey Abbondandolo head to Stafford, a city outside Houston, to look into Humphrey’s brutal slaying.

They’re joined by Stafford Police Dept. Chief Richard Ramirez, who welcomed other sets of eyes and ears to clear the case, along with Lt. Henry Garcia and Sgt. Michael Ramirez.

Humphrey, 40, lived with his wife and their two young daughters. He was found dead in his bed by his father-in-law, who lived across the street and had gone to Humphrey’s house to wake him up. Humphrey’s odd work hours meant that he slept during the day.

There were no signs of a struggle at the crime scene, nor any viable DNA evidence or fingerprints, according to the original investigation. An autopsy showed that the three gunshots that killed Humphrey had been fired from a .357 or .38-caliber revolver.

The 2003 investigation found Humphrey kept firearms, including a .38-caliber, in his truck. No guns were found in the vehicle. It's possible Humphrey was killed by his own gun by someone who knew him and his unusual sleeping patterns.

With scant physical evidence to review, the “Cold Justice” team counts on witnesses to fill in the gaps in the long-stalled case. “Hopefully after 17 years they’ll be more willing to tell us what they know,” Abbondandolo says.

After witnesses talk to investigators, several suspects emerge, including ones related to the victim. Jerry and his wife, Jody, had a troubled marriage to the point that Jody had even accused Jerry of abuse. She never filed a police report.

Humphrey had allegedly made a comment to a family member that he was “worth more dead than alive” and that “if something happens to me” Jody would be well-off.

Although Jody was at work with her daughters when Humphrey was shot, Siegler reasons that she could have gotten someone to help her commit the crime. The “Cold Justice” team’s deep dive into Jody’s background reveals that she was “having affairs with two other men,” says Siegler. Those two men are cleared as suspects.

Humphrey’s recently deceased father-in-law, JD, is also reviewed as a possible suspect. If he believed that his daughter was being beaten by her husband, that could have been a motive for murder. That he sometimes gave his son-in-law a wake-up call for work could have provided an opportunity.

Investigators also consider the possibility that JD’s wife, Jan, who worked alongside Jody in Humphrey’s family business, may have helped JD with the murder to protect their daughter. Another possible motive comes to light when Humphrey’s sister recalls a 2002 conversation she’d had with him.

“My brother came to me and told me a significant amount of money was missing,” she claims. Jan and Jody were the ones who did the company books for the cash-based towing business.

In addition to Humphrey’s family members, Angel Amescua, an employee, is looked at as a possible suspect. Humphrey fired the worker and got into a brawl with him after learning that Amescua had a 14-year-old girlfriend.

Months after Humphrey’s murder, Amescua’s relationship with his underage girlfriend came to light, and he ended up going to prison for sexual assault of a child. While in prison, his phone calls were recorded.

In an angry taped conversation between Amescua and his sister, he threatened her life. She responded by bringing up Humphrey, suggesting that she suspected Amescua was somehow linked to Humphrey’s murder.

When asked by investigators about the taped conversation, Amescua’s sister says she doesn’t remember anything and doesn’t want to be involved in any way in the case.

“You never expect a family member to turn on their own,” says Siegler. “Maybe she’s scared of her brother.”

After interviewing the suspects alone and together, the team prepares for a meeting with District Attorney Brian Middleton and Assistant DA Mark Hanna. Investigators sort out their suspicions from what can be proven in court.

The strongest evidence, including the eyewitness account of Amescua being at the Humphrey home on the day of the murder, makes him the focus. Prosecutors decide to move forward with the case.

On March 25, 2020, Angel Amescua was arrested by the Stafford Police Department and charged with Humphrey’s murder.

What To Know Before ‘Cold Justice’ Returns

What To Know Before ‘Cold Justice’ Returns