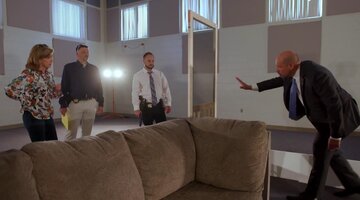 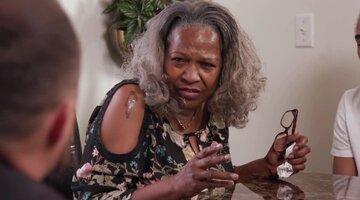 1:05
Preview
Who Was Tyvon Whitford? 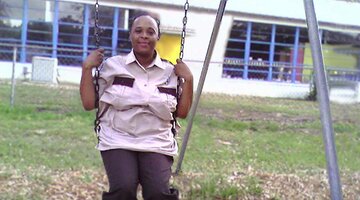 Whitford was shot twice while she was in her home with her 5-year-old son, Larry Jr. Her son was from a previous relationship and Whitford was pregnant with her second child at the time of her death. She and her unborn child died at the hospital, reported news4jax.com.

The gun was never recovered, and  even though Whitford’s boyfriend at the time, Terrence “Trouble” Brown, was a suspect, he was never arrested, according to Siegler. The case has lingered without answers for years.

In a war room, Siegler and Abbondandolo reviewed the case with Captain Dominic Piscitello, Detective Klatyon Usina, and Detective Jason Theed from Putnam County Sheriff’s Office, focusing on the timeline in particular, which provides key evidence. Whitford was shot through her screen door around 11:12 p.m. and she called 911 at 11:13 p.m. She was disconnected and 911 tried to call her back.

At 11:18 p.m. Trouble then called 911, claiming that he’d just arrived at the scene — he had previously stopped at a gas station to buy Tylenol for Whitford. Trouble told the dispatcher Whitford was bleeding and struggling to breathe. The dispatcher tried to guide Trouble through giving CPR, but the recorded call reveals he was actually outside the house and not at her side as she was dying.

The events suggest “he didn’t attempt to save her life,” said Siegler.

Trouble left the scene at 11:22 p.m. as officers arrived — a curious move, the team noted, because Larry Jr. was then left alone. Trouble drove to inform his girlfriend’s parents of the fatal shooting, and they all returned to the scene.

When interviewed by investigators, Whitford’s parents said Trouble was more concerned about finding his wallet than Whitford.

Trouble, authorities learned, had previously served time for robbery. They also discovered he was married. His wife, Hope Brown, had found out about his relationship with Whitford a few months before the murder, a witness said. Was Whitford’s murder motivated by jealousy?

“We can’t prove that [Trouble] was at the house before Tyvon was shot and Tyvon’s son never saw him with a gun in his hand,” said Abbondandolo, adding that if you just shot someone you probably wouldn’t let them call 911.

Teaming up with local detectives, the “Cold Justice” team spread out and spoke with the victim’s friends, family members, former co-workers, and patrons of a bar near Whitford’s house for leads.

“What we’re looking for is a witness who saw one of our suspects at Tyvon’s house before the gunshots,” said Siegler.

Patricia High, a woman at the bar the night of the murder, told investigators that Trouble left Whitford’s house after she heard “two pops.” That may have been Trouble racing off to Whitford’s parents’ house, though, said Abbondandolo.

A number of witnesses claimed Trouble had a violent streak. One even told investigators that Trouble “was known for beating women. He beat the crap out of me.” But when asked who she thought committed the murder, this woman named Hope.

Tamar Leak, Whitford’s former colleague at Gainesville Correctional Center (GCI), told investigators that Whitford was well-liked by inmates and cautious at home. She wouldn’t answer the door to strangers, which made the theory of an unknown killer seem less likely. Leak also said that she noticed bruises on Whitford and suspected she was in an abusive relationship with Trouble.

Whitford’s own words pointed at Trouble. In a report on file, Whitford had told a few people at work, “If anything happens to me, he did it.”

Cordale Whitford, the victim’s brother and also a friend of Trouble's, told investigators that Whitford had confronted Hope about her pregnancy. Trouble “was furious,” said Siegler. “So furious that Cordale had to get in between Tyvon and Trouble.”

Although Trouble told Cordale that he didn’t kill his sister, Trouble’s behavior cast down on his sincerity, Cordale said.

Siegler and Theed spoke with Scotty Moore, a corrections officer who worked with Whitford at GCI. Moore said Whitford became “depressed and down” when she realized Trouble wasn’t likely to leave his wife.

“I also remember the last fight,” Moore said, adding that Whitford had bruises from it. “Prior to that incident, she had put him out. He wasn’t going to let her go.”

For additional insights into the murder, investigators went to the crime scene to reconstruct the slaying. From the house they could see the nearby bar — and vice versa.

“After our crime scene mock-up it seems unlikely that someone other than Terrance could have shot Tyvon and fled without him seeing them as he arrived,” said Siegler.

Investigators interviewed Hope, and informed her that Trouble had tried to shift blame to her. She adamantly denied guilt and raised a key point: Trouble had gotten other women pregnant.

“Tyvon wasn’t the first person Terrance cheated on her with and wasn’t the only baby mama in the picture,” said Siegler. “Hope never had any other violent confrontations with any of the other women. So why would she have started with Tyvon?”

Then, in a key break, Terrence Keenon, who was outside the bar the night of the crime, placed Trouble at Whitford’s before and after the gunshots.

When investigators spoke with Trouble, he denied guilt and dodged inconsistencies in his account of events. “You’re barking up the wrong tree,” Trouble said before pulling the plug on the interview.

Putnam County sheriffs made a plan to present the case to the State’s Attorney, as Whitford’s still-grieving loved ones took solace in the dedicated efforts.

The case is still ongoing, and no one has been arrested in connection with the case.

To learn more about the case, watch “Cold Justice,” airing Saturdays at 8/7c on Oxygen or stream episodes here.

How To Watch All Of 'Cold Justice' Before New Episodes