Sign Up for Free to View
Cynthia Smith's Sons Remember Her: 'She Is Definitely Missed' 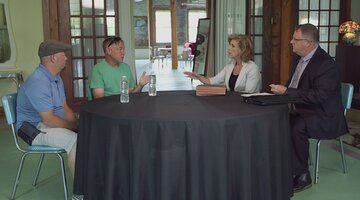 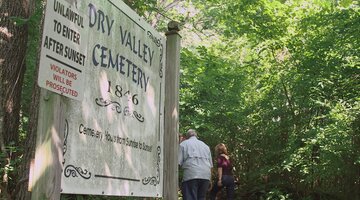 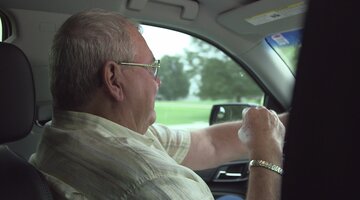 In Lawrence County, Missouri, a night out at the bar ended with the brutal death of a 31-year-old nurse's aide with two young boys and left behind both a nagging mystery and a void in the young men's lives for three more decades.

That is, until Kelly Siegler and Oxygen's “Cold Justice” caught wind of the Cindy Smith case and teamed up with the Lawrence County Sheriff's Department to help solve the case once and for all.

Smith was reported missing on July 28, 1988, after she failed to pick up her two boys from the sitter after a night out at local watering hole Checkers with her girlfriends.

Eleven days later, authorities found her in the Dry Valley Cemetery, about 25 minutes away from the bar. A cause of death could not be determined immediately and advanced decomposition had set in. Her head was separated from her body, on the ground.

Last year, Siegler and retired homicide investigator Johnny Bonds of “Cold Justice” teamed up with  Lt. Chris Berry and Sgt. Melissa Phillips of the Lawrence County Sheriff's Office to re-examine the case. It was Phillips’ first official homicide investigation after a recent promotion, she said.

In 1988, investigators had two chief suspects: Louis Smith, Cindy's estranged husband, and Larry Timmons, a local laborer with several violent crime convictions in his past.

Louis and Cindy were in the process of a divorce at the time of her murder, according to “Cold Justice.” Timmons, meanwhile, had a 1976 kidnapping conviction involving an 11-year-old boy, for which he served four years.

“Cold Justice” reunited Cindy's now-grown sons, Shawn and Jason. They were 8 and 4 when she was killed and were then raised by their respective fathers; Shawn remembered camping with his mother and how much “fun” she was.

The team spoke with witnesses from that fateful night in 1988, including Marilyn Chambers, who drove Cindy to Checkers that night. Chambers recalled that, that night, Timmons was asking a lot of girls if they would dance with him.

“I was afraid he was gonna come over to me,” she said. “I wanted to leave.”

However, she remembered Cindy telling her at the end of the night that Timmons was going to take her home. Chambers added that she stopped drinking eventually after Cindy's murder — every time she did, it would bring back the memory of what happened.

Timmons had a wife named Deborah, who died in 1994. The team tracked down a friend of hers, who told them that Deborah was convinced her husband had murdered a girl and left her body in the cemetery. The friend recalled Deborah telling her about Timmons coming home late one night and washing his clothes immediately, then giving his pickup a full cleaning the next day, which was unusual.

Siegler pointed out that the friend's statements about what Deborah saw might be considered hearsay in court, but it kept the team pointed in the right direction as the case unraveled.

Another witness from the night of the murder recalled Cindy sitting in a pickup truck with a man he didn't recognize — he did note the man's “strange eyes,” however. Although the witness couldn't ID Timmons, he did remember the color and size of the pickup, which matched Timmons.'

Eventually, Lawrence County Sheriff's personnel presented their case to Lawrence County District Attorney Don Trotter. The witnesses and circumstantial evidence were strong enough that Timmons was charged and arrested while in jail on unrelated charges on Sept. 6, 2019.

Johnny Bonds said that Timmons is an “evil, evil man” in an interview with the Springfield News-Leader.

Siegler broke the news to Shawn and Jason on “Cold Justice,” and said that, although they may wonder why the murder happened, she had one important thing for them to remember.

“Some people in this world are just born broken and evil and mean,” Siegler said. “It's not that your mom did anything wrong. She just ran into a man that night that was a predator.”

Timmons is set to be back in court in May, according to the News-Leader. His attorney, Adam Woody, maintains that he is innocent of Cindy's murder.

For more on the Cindy Smith case, including the moment “Cold Justice” investigators tracked down Timmons himself, watch “Cold Justice” at Oxygen.com and airing Saturdays at 6/5c.

5 Cases Solved With The Help Of ‘Cold Justice’