Sign Up for Free to View
Will Tiffany Holbert’s Text Messages Reveal Her Killer?

1:54
Preview
What Happened to Tiffany Holbert? 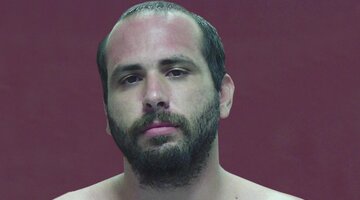 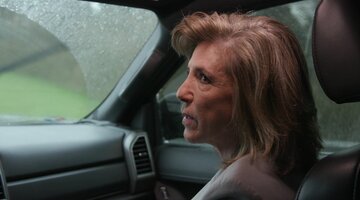 In Dunlap, Tennessee, an ATM camera caught the last images of 42-year-old Tiffany Diane Holbert before she disappeared without a trace.

That was over four years ago. Did this single mother supporting her daughters and grandchildren flee an unhappy life? Or is something more sinister at the root of her disappearance?

By all accounts, Holbert was a loving mother of five daughters. Around 6 p.m. on June 13, she went on a walk around her neighborhood, which she often did. She took her cell phone with her.

When she failed to return home and didn’t answer her phone, her children worried. They called 911 the next day and reported Holbert missing.

An ATM video caught sight of her in a parking lot getting into a red Pontiac sedan.

“That car belonged to Geramie Campbell,” said Cunningham, adding that he was Holbert’s 25-year-old boyfriend.

The night that she disappeared, investigators questioned him. He said he hadn’t seen Holbert in three months, but when he learned of the ATM video, he changed his story. He said she did get in his car, but they began arguing and he let her out of the vehicle. He then went home.

Investigators asked Campbell to show them where he dropped her off, and he said they’d have to speak to his lawyer.

Campbell gave authorities a hand-written note allegedly from Holbert telling him where to pick her up on June 13, but police questioned its authenticity.

“If it was forged, that could go along with that Geramie was involved in trying to cover his tracks,” said Spingola.

Investigators also considered Campbell’s mother, Gloria Paulet, whom he lived with when Holbert vanished, as a possible suspect. Paulet had disliked Holbert, and the two women had even gotten into a physical brawl on June 8 at a car wash and were both arrested. The court date for the women’s altercation was June 15.

Other potential suspects included Mark Charles Coots, one of Paulet’s neighbors, as well as Charles O’Rafferty, Holbert’s ex-husband and the father of her five children.Campbell had alleged that O'Rafferty and Holbert had domestic situations in the past, according to investigators.

Investigators decided to look into the state of Holbert’s relationships when she vanished. Holbert’s agonized daughters spoke with them and alleged their mother’s relationship with Campbell was physically violent.

Charles Lee Wynn, Holbert’s former coworker, also claimed Campbell had a violent streak. He told investigators that Holbert never picked up her last paycheck, which cast doubt on the theory that she ran away — starting a new life usually takes money.

Dawn Gray, another coworker, claimed she observed bruises on Holbert, who said they were from a man she was dating. Wayne and Danny Holbert, Tiffany’s father and brother, also told investigators that her marital and dating relationships were abusive.

Heather Weaver, Holbert’s cousin, said she was a great mom and grandmother: “She would not leave and not come back. That is not her,” she said.

O’Rafferty acknowledged to detectives that he and Holbert fought about money but said that it never turned physical.

He denied any involvement in what happened to her.

Detectives turned to handwriting expert Grant Sperry, who analyzed the note Campbell claimed Holbert wrote to him on the same day she went missing. Sperry determined that what was on the front of the note didn’t match what was on the back.

Meanwhile, digital forensics expert Eric Devlin analyzed messages between Campbell and Holbert, including ones that had been deleted the day she went missing. The messages indicated they were discussing breaking up.

Holbert had sent a message telling him where to pick her up and saying that she couldn’t go to work with bruises and black eyes.

Spingola and Phillips decided to interview Coots, who became hostile to police when they tried to search Paulet’s residence when Holbert first went missing. Four years later, he had a different attitude. Coots told the detectives that Campbell had said Holbert got out of his car and into a white pickup driven by a man on June 13, 2018.

Coots also reported that Campbell was controlling with women.

Siegler and Cunningham spoke by phone with Paulet, who was in California. In the taped interview Paulet said that Holbert “had wanted to leave … just completely get away from all that," adding, "There’s no proof we did anything to her.”

After reviewing evidence they’d collected, investigators eliminated the theory that Holbert walked away from her life. They also deleted O’Rafferty, Coots, and Paulet from the list of suspects, determining instead that evidence pointed toward Campbell. Cunningham then met with prosecutors to go over the case.

No arrests have been made in Holbert's disappearance to date.

Meanwhile, Holbert’s daughters, Allison Castleberry and Chelsea O'Rafferty, took solace in the fact that witnesses all stated that their mother would never have just left them.

“Knowing that they feel good about the case … I’m happy,” said Castleberry. “I just want whoever did something to her to pay for it.”

To learn more about the case, watch “Cold Justice,” airing Saturdays at 8/7c on Oxygen or stream episodes here.