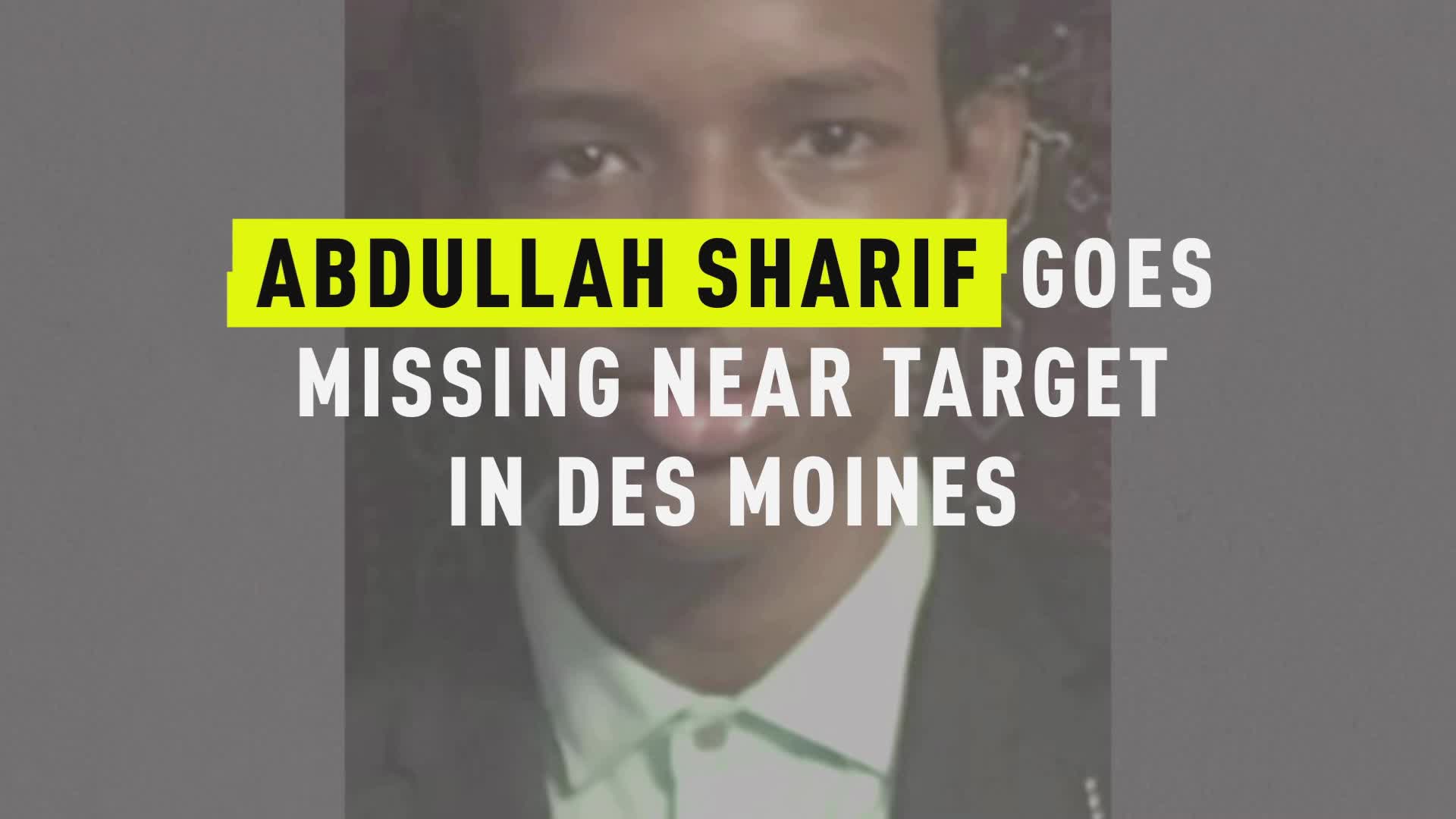 The family of an Iowa teen who vanished after sending out a cryptic Snapchat is desperate to know if he is okay.

“He was walking east away from Merle Hay Mall,” Parizek said.

The cellphone store is located just across the street from Target, where both Sharif and his sister Ifrah Mohammad, 22, have worked for about two years, according to NBC Dateline.

Parizek told Oxygen.com that when Sharif didn’t show up for a Target shift the next day, his employer became concerned.

Police have been talking to Sharif’s friends and family and have been looking into his phone and social media records, Parizek said. He said that after talking to Sharif’s loved ones, regarding breakups or possible suicidal issues, “we weren’t really able to check off any boxes for a bona fide explanation for an 18-year-old kid just walking off.”

There are no persons of interest at this time, the officer said.

Investigators were able to get a phone ping in an area where Sharif’s phone was powered off a few hours east of the mall, Parizek told Oxygen.com — but added that searches of that area have not yielded any productive evidence.

Additionally, Parizek said that investigators have received a lot of leads and tips, all of which they “treat like it’s the tip that will crack the case.”

One prevalent rumor was that Target had video of someone “running into Sharif with their car, getting out, beating him, getting out and throwing him in the trunk.” Parizek called that rumor “absolutely false.”

Parizek confirmed that Sharif put out a message on Snapchat shortly before he vanished referring to "bad, bad news.” However, he said investigators haven’t been able to verify what he meant by that.

“I’m not sure what that meant or if it had anything to do with why he’s missing,” his sister told Dateline. “My brother and I are close. He’s a great brother. But I don’t know all his secrets. I just don’t know what it means.”

Since Sharif vanished, his family has hired a private investigator who has organized two search parties. As the weeks have gone on, his family is getting more and more desperate for answers.

“Just call us, Abdi. Just get in touch with me ... or someone, and let us know that you’re OK,” Mohammad told Dateline. “My mother is especially worried. She prays every night. Even when I tell her she should get some sleep, she continues to pray. We just want to know that Abdi is safe.”

Sharif stands at about 5' 4'' and weighs about 120 pounds, according to police. He was last seen wearing a dark-colored winter coat, khaki-colored pants, and tennis shoes.

Anyone with any information regarding Sharif's location, or anyone who believes they may  have seen him, is asked to call 515-283-4811. There is a $5,000 reward being offered by the family for information that leads to his location.

Stepfather Of Missing Idaho Kids Claims They Are 'Safe'