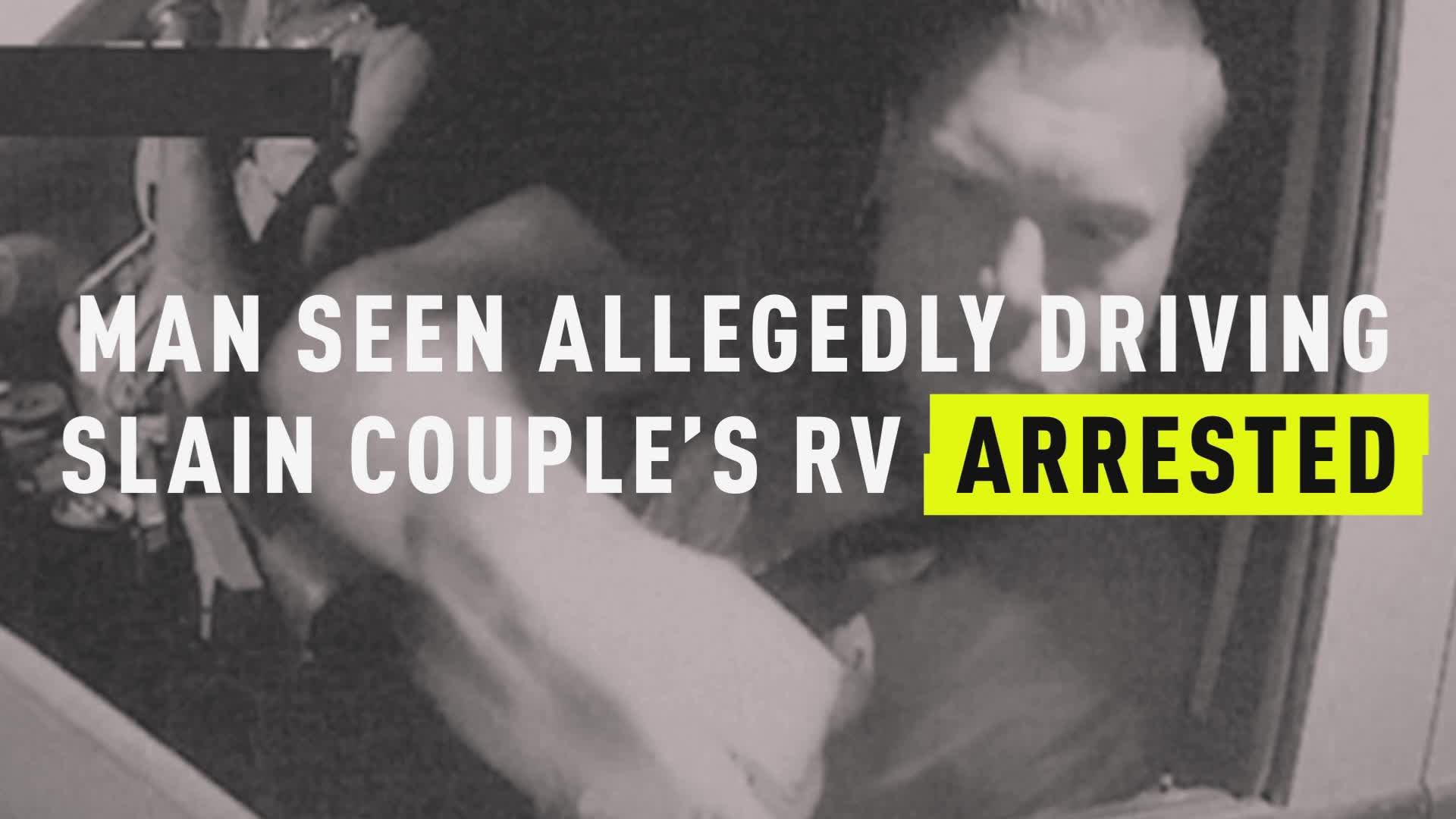 A man allegedly spotted on surveillance footage driving a murdered couple’s RV and truck has been arrested in Mexico and extradited back to Texas, where the couple was found slain.

Adam Curtis Williams, 33, was captured by authorities in Jalisco, Mexico on Wednesday and extradited back to Kleberg County, Texas where he faces a felony theft charge, KIII-TV in South Texas reports. A female companion named Amanda Noverr, who is being called a person of interest in the case, was also found by Mexican authorities. Noverr remains in custody in Mexico along with a child, according to KIII-TV.

Williams and Noverr, both of Utah, were allegedly spotted on surveillance footage crossing into Mexico in the RV and truck belonging to New Hampshire couple James Butler, 48, and Michelle Butler, 46, who last week were found dead and buried in a shallow grave on Padre Island, near Corpus Christi.

The Butlers' deaths are being investigated as homicides. A deputy found Michelle's body buried in the sand on Padre Island; James was buried directly underneath her. Investigators are withholding their exact manner of death for now.

"At this point, we just know that they [Williams and Noverr] might have come in contact with the victims, and because of that we want to talk with them, but we've got no indication as to their role at this point," District Attorney John T. Hubert said during a Monday press conference.

The slain couple had been driving around the country working odd jobs here and there, and posting photos of their travels to their family's delight. The Butlers were last heard from on Oct 16. Their vehicles were spotted crossing the U.S.-Mexico border between October 20 and 21, allegedly with Williams and Noverr inside.

“We are glad to hear the arrest has been made and await what's next," Debbie Van Loon, James Butler’s sister, told WMUR in Manchester, New Hampshire.

It’s not clear if either Williams or Noverr have obtained lawyers who can speak on their behalf at this time.

Man Wanted In Connection With Killing Of N.H. Couple