Sign Up for Free to View
Notorious Celebrity Freak Accidents 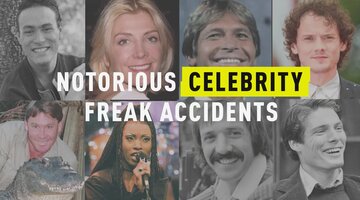 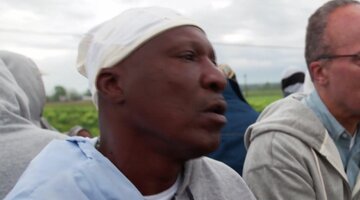 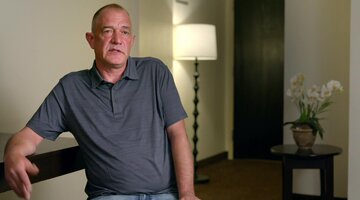 An actress, whose character in an upcoming horror flick blasts someone away, is actually accused of fatally gunning down her uncle in real life.

Aisling Tucker Moore-Reed, 30, has been charged with murder for the death of her 63-year-old maternal uncle Shane Moore back on July 26, 2016, which she has pleaded not guilty to.

She was originally charged with manslaughter and released on bail, but the charges were upped in January after police recovered footage of Moore's death.

Her uncle's death was allegedly captured on a cell phone video recording filmed by Moore-Reed. It appears to show a woman, believed to be Moore-Reed, rushing to her unwelcome uncle with a gun as he enters her family's home, according to The Oregonian.

The footage, showing the actress and her family discussing details of a will before the man enters the home, was played in open court when Moore-Reed’s charges were upgraded from manslaughter to murder.

In the footage, a gun appears in one frame, and in a matter of seconds, a man can be heard moaning in agony, although the actual shooting cannot be seen.

An upset woman believed to be Moore-Reed is heard claiming she had intended to fire a warning shot. “I didn’t mean to shoot him,” the woman says. “I wanted to shoot by his ear.”

Moore-Reed was arrested on a manslaughter charge in August 2016, but posted bail. During the January 2019 hearing, Jackson County Circuit Judge Lisa Greif withheld bail because Moore-Reed hadn't come forward with the video footage evidence herself — and also because Moore-Reed allegedly showed no remorse while her uncle was dying before her.

Instead, the woman believed to be Moore-Read swears in the footage when told the man isn't dead yet and wonders what would happen if he survives — "Is he going to kill us all?" she asks, according to the Oregonian.

“It was almost like she was angry that he wasn’t dead,” Greif said, according to courtroom video from Medford, Oregon television station KOBI-TV. “To me, that kind of nailed down the evidence for me."

The uncle, who was convicted back in 2004 for possession of methamphetamine and hashish, lived with his mother, Lore Moore, and had allegedly been leaning on her to leave him the home and farmland in her will, The Mail Tribune reported. But his sister Kelly — Moore-Reed's mother — who was a former civil attorney, pushed back against him.

After the shooting, Kelly claimed her daughter was protecting her just as the gunfire erupted. "I'd hate the people to think my daughter is a killer, because she's not," Kelly said told the publication.

She added that her daughter lived in "terrible" fear of Shane Moore at the time. "In my opinion, Shane did it to himself," she concluded.

While out on bail after the initial manslaughter charge, Moore-Reed shot the indie film “From the Dark,” written by Justin Talbot and Matthew Spickard and directed by Patrick Dolan, billed as a “thriller about a young woman's last day of work at a lodge in the isolated mountains of Oregon,” according to a video introducing the creators and some crew.

Moore-Reed, who co-wrote a couple of young adult novels "Amber House" and "Neverwas" under the pen name Tucker Reed, played “Valerie” in the horror movie  — under under the pseudonym "Wyn Reed" — according to the film company’s IndieGoGo page and first reported by The Mail Tribune.

Filmmakers at the Oregon-based Siskiyou Productions, which describes itself as a “small micro-budget film company,” admitted to being blindsided by the revelation that Wyn Reed was actually Tucker Reed, aka Aisling Moore-Reed.

“In September of 2018, after principal photography was completed, the person we came to know and respect as a performer and cast member, Wyn Reed, was discovered to be Tucker Reed, the aforementioned manslaughter suspect,” the filmmakers posted on the company's IndieGoGo site. “Shortly thereafter, she was rearrested on the increased charge of murder.”

Eerie parallels are now being drawn as film crew members have come forward to discuss the allegations against one the leads of the film.

The movie ends with Moore-Reed's character involved in a deadly shooting, according to the Mail Tribune.

“There’s a key scene where she shoots somebody in a similar fashion,” another crew member told the station.

Moore-Reed is currently being held at Jackson County Jail in Medford, Oregon without bail as she awaits the start of her murder trial next month.