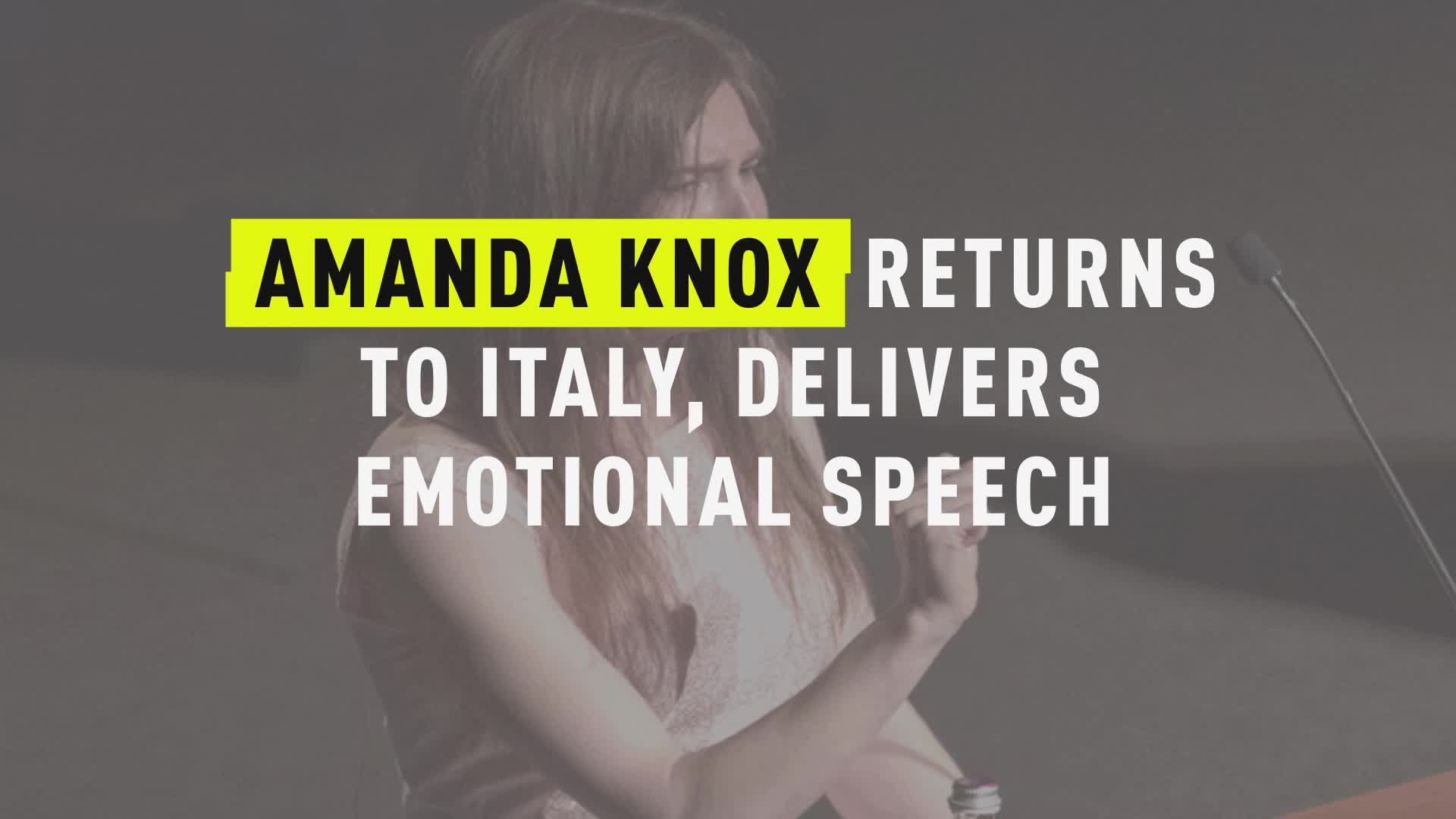 While preparing for her upcoming nuptials, Amanda Knox paused for a walk down memory lane.

Knox, 32, was famously tried for the murder of her British roommate in Italy in a case that sparked international attention, even more so when she was eventually, after years of captivity abroad, acquitted. While that part of her life may be long past, she posted a photo of herself preparing for her upcoming wedding while wearing an outfit she described as the same “prison uniform” she donned during that pivotal time in her life.

“40 days left until the wedding and 267 tasks left on the wedding To Do list.. I've locked myself in the craftroom and I'm wearing my old prison uniform,” she wrote alongside a photo of herself posing in a sweater and sweatpants. “Literally the very same sweatshirt and sweatpants I lived in in Casa Circondariale Capanne, Perugia.”

40 days left until the wedding and 267 tasks left on the wedding To Do list. I've locked myself in the craftroom and I'm wearing my old prison uniform. Literally the very same sweatshirt and sweatpants I lived in in Casa Circondariale Capanne, Perugia.

Knox became entangled in the Italian legal system while studying abroad in Perugia, Italy. Her British roommate, fellow exchange student Meredith Kercher, was found dead in her bedroom in the fall of 2007, and Knox — as well as her Italian boyfriend, Raffaele Sollecito — were both charged for the killing, sparking a years-long legal battle with repeated convictions and appeals. Knox was acquitted for the final time in 2015, and left Italy to return home to America after spending years in an Italian prison.

Following her release, Knox became a journalist and podcast host, and is a well-known advocate for the wrongly convicted. She returned to Italy to much fanfare for the first time in June, where she drew on her own experience as a true crime media sensation while speaking at the Criminal Justice Festival in Modena.

While Knox seems to have tried to fly under the radar following her return to the states, she drew widespread criticism last year after news spread that she and her fiancé, author Christopher Robinson, set up a wedding website to ask their loved ones to help fund the ceremony and reception.

In response to criticism online, Knox lambasted the general public for caring, writing in one tweet, “To those hating on us all day, you've been duped by the outrage machine. You gave ad $ to tabloids that profit by making you angry about things that don't matter. Our wedding will be crazy & fun & barebones if it needs to be, but in the grand scheme of things, it doesn't matter.”

However, outrage only grew after outlets began reporting that Knox and Robinson had already been legally married when they began asking for donations.

In response to that news, Knox again seemed baffled by the public’s interest in her personal life, writing in a press release, “We filed paperwork to be legally married in December of last year to simplify our taxes and insurance. But we have not yet celebrated our wedding with our loved ones. This is, frankly, no one's business but our own, and should be no more shocking than the fact that we've been living together for years."