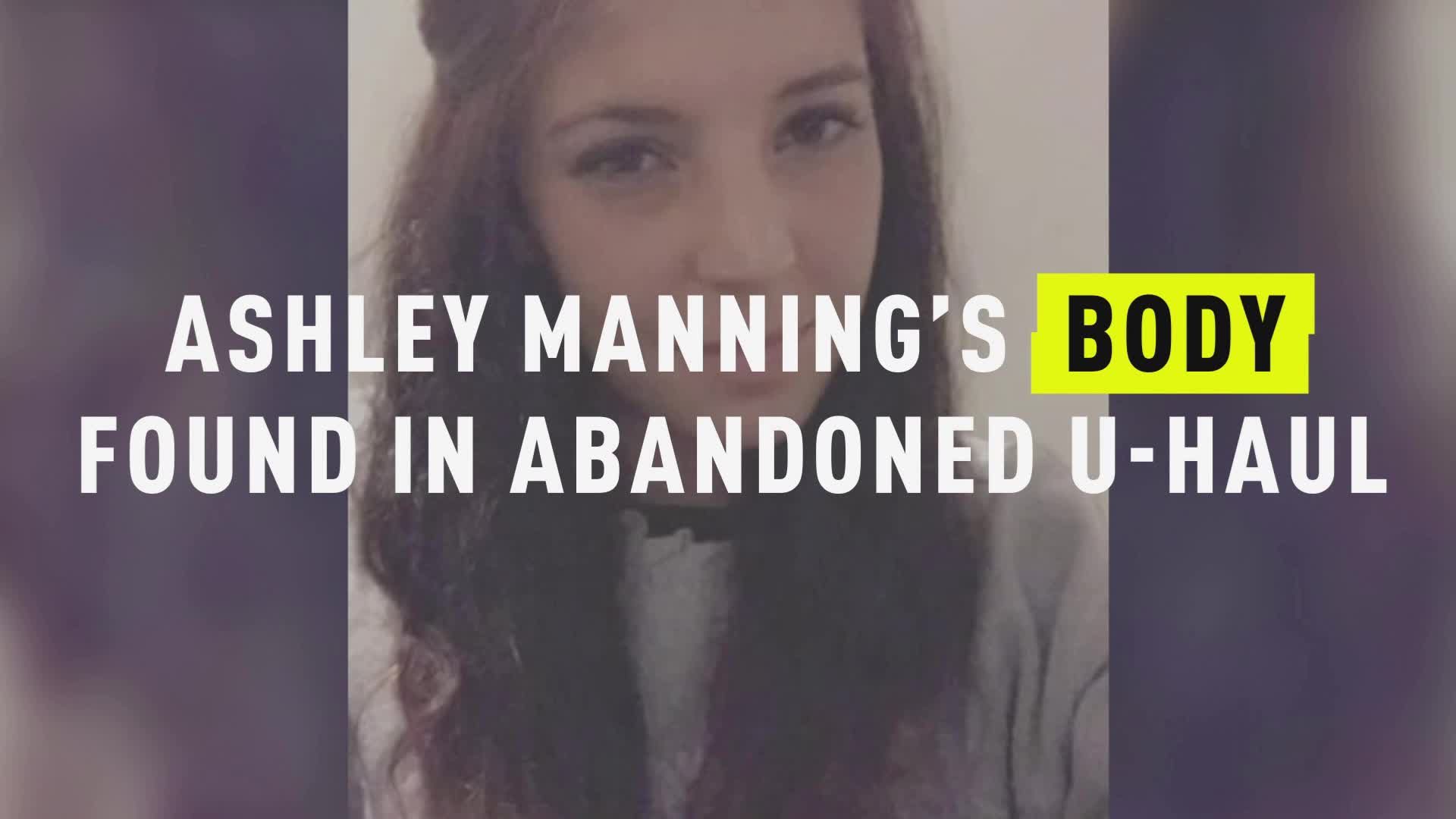 The search for a missing 29-year-old California woman ended tragically after her body was discovered wrapped in cardboard, plastic wrap and duct tape and left inside an abandoned U-Haul truck.

Authorities positively identified the body of Ashley Manning Friday; she had been reported missing by her family in November shortly after flying into the Los Angeles International Airport, KCBS-TV reports.

Police are now trying to determine the 29-year-old’s cause of death and are awaiting the results of toxicology tests.

“We’re not calling it a homicide yet,” Sgt. Shane Carringer of the Anaheim Police Department told the local station. “It’s obviously a suspicious death, and the circumstances in which the body was found are certainly suspicious, but we’re going to treat it as if it could potentially be a homicide.”

Manning’s body was discovered Wednesday afternoon at a storage facility in Fullerton after U-Haul had tracked the abandoned truck and taken it to the facility for a check of the inventory, KTLA reports.

While conducting the inventory, employees discovered the remains inside the back of the truck. It’s not clear how long Manning's body was in the vehicle before it was discovered, authorities have said.

The U-Haul has now been brought to the crime lab for further analysis.

“Detectives will piece together everybody who was in possession of the truck and the timeline that this truck was out and who had it and where it was,” Carringer told KCBS-TV.

Manning’s sister posted on Facebook on Dec. 9 that her family had last heard from Manning on Nov.13 as she was getting on a plane from Dallas to Los Angeles, KTLA reports. Her family has said that authorities were able to confirm that Manning got off the flight in Los Angeles and that they had been “working with police to pull video footage to see what car she got into,” according to the post.

After Manning’s body was discovered, her sister confirmed the tragic news on Facebook.

“As a family, we are trying to navigate this tragedy and this extremely hard time. We are thankful to everyone who shared the missing person post and have helped over the last two months,” she said, according to KCBS-TV.

Manning had reportedly been staying with friends in Anaheim around the time she disappeared, the Southern California News Group reports.