Sign Up for Free to View
What Happened To Nevada Cowgirl Britney Ujlaky? | Crime News | Oxygen 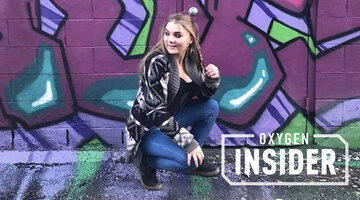 A 16-year-old teen whose body was found in an isolated patch of desert in northern Nevada earlier this month was raped, suffocated, and stabbed to death, newly released court documents show.

Bryce Dickey, 18, is accused of slashing the throat of his high school pal Gabrielle “Britney” Ujlaky during a violent sexual assault on March 8, according to a criminal complaint obtained by Oxygen.com. Ujlaky was “choked” and “stabbed” by Dickey, her longtime friend, Elko County prosecutors claimed on Monday. The teen’s cause of death hadn’t previously been disclosed. The Spring Creek man could now face the death penalty in Ujlaky's slaying.

Ujlaky vanished from a park in Elko, Nevada on March 8. Her body was discovered days later alongside a remote desert road.

Dickey, the last person who reportedly saw Ujlaky alive, claimed she was kidnapped by a tall man wearing a cowboy hat who drove a green Ford pickup truck, according to a probable cause statement obtained by Oxygen.com.

But Dickey’s blood-stained boots and a used condom containing his DNA found by Ujlaky’s body allegedly connected him to the teen’s murder, police said. Dickey, who eventually admitted to having sex with Ujlaky the day she vanished, was arrested Thursday. Investigators didn’t immediately disclose whether the sex was consensual. He now faces an additional sexual assault charge.

The girl’s friends and family previously claimed Ujlaky wasn’t sexually active, nor was she romantically interested in Dickey.

“My daughter was a damn virgin — there was not a consensual thing about it,” Alisha Ujlaky, the slain teen’s mother, told Oxygen.com.

The “shy cowboy” was a “big brother” to her daughter, the grieving mother explained. Dickey was also dating another teenager at the time, according to family and friends.

“He violated her in no way that any woman should be violated,” Cheyenne Fry, Ujlaky’s friend, told Oxygen.com. “I just can’t imagine how scared she was at the moment. It kills me because no one should die the way that she did. Talking about it makes me so sick to my stomach.”

Dickey previously admitted his feelings for Ujlaky, who rejected him, Fry claimed.

“I think he didn’t want to take no for an answer and he was going to get his way whether she liked it or not,” she added.

Prosecutors haven't definitively stated whether they believe Ujlaky's murder was premeditated or committed during the sexual assault. A motive in Ujlaky’s killing hasn’t yet been publicly released either. Elko County Sheriff’s Office declined to comment on Tuesday.

Ujlaky’s friends and family alleged she had been bullied by Dickey’s friends in the months leading up to her death.

“I’m having a hard time believing just one person did this,” Jim Ujlaky, 52, told Oxygen.com.

In the two weeks leading up to his arrest, Dickey attended candlelit vigils and other memorials celebrating Ujlaky’s life.

“He sat there and comforted me and hugged me,” Fry said. “He had the audacity to show his face in front of everyone.”

The 18-year-old embraced Ujlaky’s mother during a balloon launching ceremony and mourned his “sis” on Facebook, lamenting her life had been taken “too soon.”

“We love you so much,” Dickey wrote in a March 13 post. “Just know you won't ever be forgotten.”

“She was just so full of life,” Jen Barnes, who co-manages a number of Spring Creek ranches, told Oxygen.com. “She was always out here doing cowgirl stuff. Britney would do anything you asked her to do with a smile.”

Barnes, 43, who said her daughter and Ujlaky were best friends, described Ujlaky as a “goofball.” Barnes recalled how only weeks before her murder, Ujlaky eagerly jumped into a tick-infested pile of wool during a sheep shearing at her ranch.

“She was in the wool covered in ticks,” Barnes recalled. “She just jumped right in there, stomping the wool down.”

Prosecutors may seek the death penalty against Dickey and have 30 days to notify the court of their intent. Tyler Ingram, Elko County District Attorney, wasn’t immediately available for comment.

Dickey appeared in an Elko County courthouse for a preliminary hearing on Tuesday. It’s unclear if he’s retained a public defender.