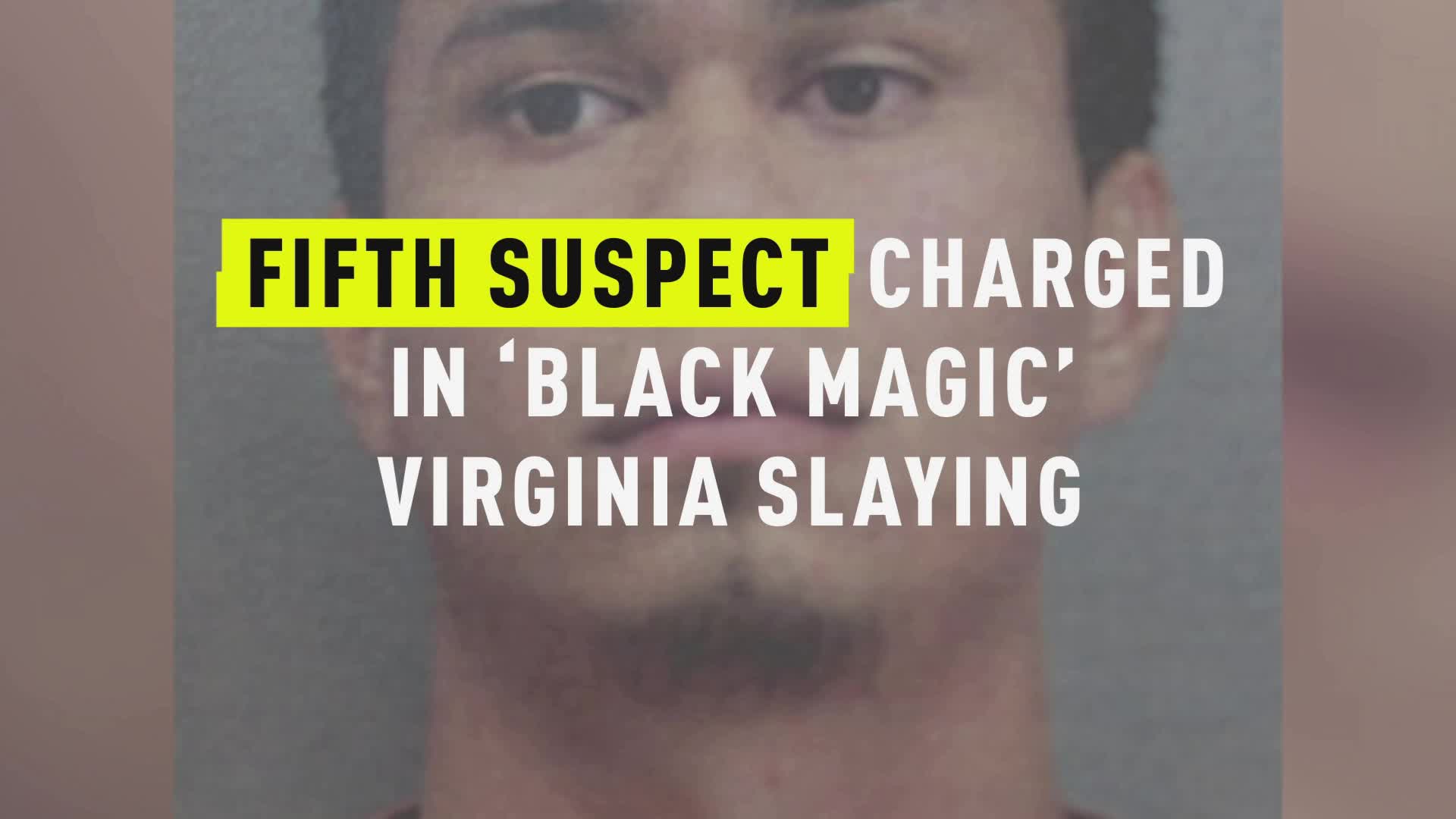 A fifth suspect has been arrested in the bizarre killing of a Virginia teenager who was allegedly slain by a group of young men and a teen girl who were paranoid he was dabbling in “black magic.”

Cruz was allegedly lured into a wooded area and killed with a concrete cinder block and a machete last spring, according to WRC-TV. Estupinian was charged with abduction in the teen’s death.

Cruz’s body was recovered from a grave in Hyba Valley in May, the NBC affiliate reported. He had been missing since April 22, D.C. television station WUSA reported. Four others, including a teenage girl, are also accused in Cruz’s killing.

Armando Dagoberto Reyes Reyes, 27, allegedly told investigators that he killed the Virginia teen because Cruz used “sorcery” and “black magic” to cast a spell on a girl that caused her to lose 45 pounds, so Cruz “and his friends could have sex with her,” according to the Washington Post. Reyes Reyes, who is currently awaiting trial, faces murder and abduction charges in Cruz’s death.

“He believed the victim used sorcery or black magic to control [her], so the victim had to be ended,” Fairfax County Detective John Farrell said, the newspaper reported.

Reyes Reyes, a self-proclaimed Salvadoran street fighter, allegedly beat Cruz to death, chopped up his body, and buried the 16-year-old in a makeshift grave, the Fort Hunt Herald reported.

Reyes Reyes and the teenage girl were hiding out in Florida prior to their arrest by U.S. Marshals, authorities previously said.

“We did not initially release information about these arrests in order to maintain the integrity of the investigation, and as to not compromise investigative leads,” Fairfax County Police Department said in a statement last summer.

“This delay allowed our detectives to track down Reyes Reyes and the juvenile, who had both fled to Florida.”

Authorities said the investigation into Cruz’s murder was active and ongoing.

"We will bring those responsible for this death responsible, I can assure you," Fairfax County Police Chief Ed Roessler previously said, according to WRC-TV.

Cruz’s death was being investigated as a gang-related murder due to the violent nature of the 16-year-old’s killing, authorities have said.

Estupinian is being held without bond at the Fairfax County Adult Detention Center, police said.

Woman Allegedly Crashed Car With Kids Inside On Purpose