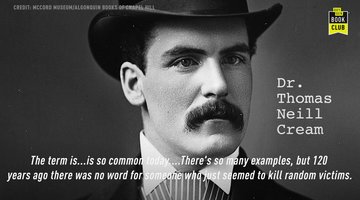 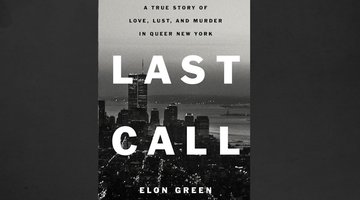 4:50
Oxygen Book Club
Author Elon Green On "The Lives Of The Victims’ And His Focus Of New Book ‘Last Call’

A doctor who took at least 10 lives in multiple countries? It sounds like the stuff of fiction – but Dr. Thomas Neill Cream was a very real figure whose crimes are retold in author Dean Jobb's book, "The Case of the Murderous Dr. Cream: The Hunt for a Victorian Era Serial Killer," which is Oxygen Book Club's July pick.

Jobb recently spoke with Oxygen Book Club, which highlights books and authors in the true crime sphere each month, about why he was inspired to write the book, how he went about researching it, and more.

"This is a brutal killer who, in the space of 15 years, well, really five years because he spent so much time in prison, killed as many as 10 people in three countries ... My basic question was, How could that be? How could he get away with it ? ... In every case, he was connected, he was a suspect, sometimes even charged and put on trial only to be acquitted. I really wanted to understand how that could happen and get the readers to understand the state of detection, policing, forensic science, and society in the Victorian era," he told Oxygen digital correspondent Stephanie Gomulka.

Dr. Cream was ultimately executed by hanging in 1892 after killing 10 people in the United States, Canada, and England. The doctor primarily used poison as his weapon of choice and mostly went after sex workers. This kind of murder spree was unusual for the time, and garnered lots of media attention.

"The term [serial killer] is so common today. There's so many examples, but 120 years ago, there was no word for someone who just seemed to kill random victims, and as one newspaper put it, murder for the sake of murder," Jobb said.

Jobb's book dives deep into Cream's backstory and his crimes, which occurred over a century ago. How was he able to gather all this information about a Victorian-era figure?

"It has its own challenges. There are no interviews you can do, the records can be locked away sometimes on scene for over a century. But it's the kind of detective work anyone writing historical true crime has to do. It's just looking where there should be records. I knew the broader lines of the story and as I was developing more of an understanding of where he'd been, what he'd been accused of, I could look at it and go, well there must be a file or a coroner's inquest in this particular place, there must be a court file in this courthouse and sometimes those records disappeared but remarkably a lot of them still exist," he explained.

Ultimately, Jobb hopes he structured his nonfiction book so that it resembles a detective story -- one where the readers go along with the real-life detective to uncover the true depth and depravity of Dr. Cream's crimes.

"Once he's arrested [for the London murders[ and the detective is sent to Canada and the United States to piece together his past, that's when I discover, as the detective discovers, his past and the readers will also. Hoq this killing machine, which is really what he became by the end of it, was formed and how he got away with it so many times for so long," he told Gomulka.

For more from Oxygen Book Club's interview with Jobb, watch the video above. Plus, read "The Case of the Murderous Dr. Cream: The Hunt for a Victorian Era Serial Killer" along with us this July and keep an eye out for discussion questions, coming soon.

The Last Call Killer And The Victims He Left Behind