Skip to main content
Digital Original
'Please Don’t Give Up On My Dulce,' Mom Of Missing Girl Pleads 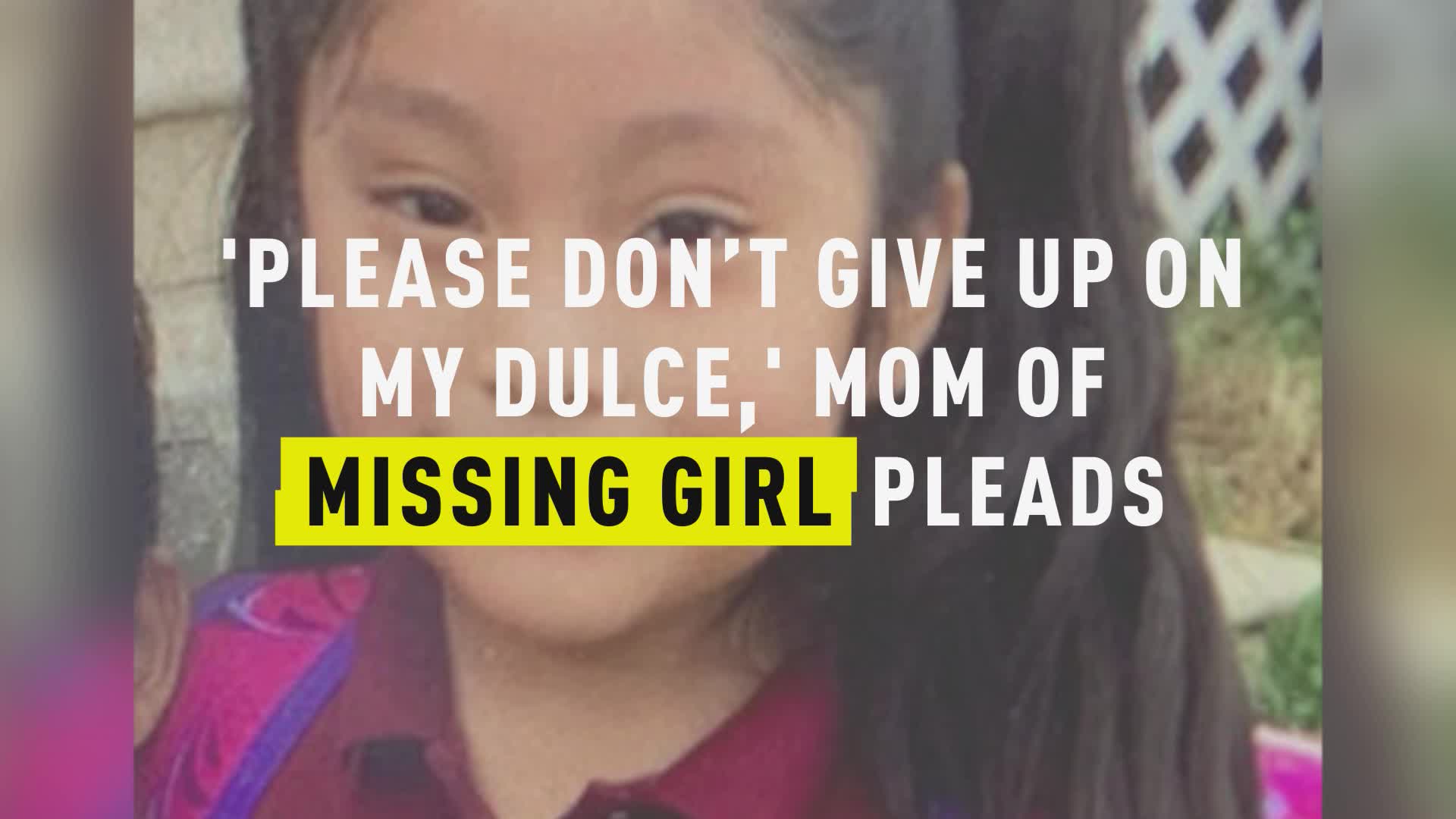 A New Jersey girl who has been missing for nearly half a year has been referenced in a series of bizarre and misleading letters that have shown up in both Ohio and now the young girl's home state of New Jersey, authorities said.

More than five months after Dulce Maria Alavez, 5, disappeared from a Bridgeton park during a family outing in September, handwritten letters have been appearing in mailboxes of various outlets and homes in New Jersey and Ohio, according to NJ.com. A spokeswoman for Alavez's family told the outlet Wednesday that she received a letter postmarked Cleveland, Ohio, which contained seven slips of paper filled with barely legible scribbled phrases — nothing specifically about Alavez.

“I really hope they do get whoever this is and press some kind of charges against them. What they’re doing is interfering with the investigation," she said. "The detectives are concentrating on facts and then this comes in and makes it even more difficult.”

The letter's return address appears to link to a previous barely legible letter that directly addresses the Alavez case. That letter was sent to an Ohio casino and horse racing track, Fox6 reported. It was somewhat more readable than the New Jersey letter — making reference to a "Dr. Phil" episode featuring the kidnapping of Alavez and directing police to search a wooded area near a truck stop in the township. Police searched the area with a drone and on foot but didn’t find anything, Fox6 reported.

The letter sent to the casino had an unreadable return address but had a ZIP code that returned to the city of Culiacan in the state of Sinaloa in Mexico, according to a police report obtained by Fox6.

The "Dr. Phil" episode in question featured mother Noema Alavez Perez, 19, telling Dr. Phil that she had no theories about who may have taken Alavez as she played with her brother in the park on the afternoon of Sept. 16, but later speculating it could have been an "old friend."

“Last time he saw me, me and my daughter together, and he just waved at me to say hi, and he asked me if that was my daughter and I told him, ‘yes,’” the mother said, also insisting to Dr. Phil she had nothing to do with her daughter's disappearance.

Shortly after Alavez disappeared, Bridgeton Police said in a statement that witnesses reported seeing the 5-year-old being led to a red van with a sliding door. Police said she may have been seen with a Hispanic male with light skin, who appeared to be between 5’6” and 5’8” inches tall, with a thin build, no facial hair, and acne on his face. He was wearing orange sneakers, red pants, and a black shirt.

A reward for information about Dulce Alavez's whereabouts stands at $75,000 and the FBI is working with local, county, and state agencies in New Jersey to crack the case.

Authorities ask anyone with information about Dulce to call the New Jersey State Police Missing Persons Unit or the Bridgeton Police Department.