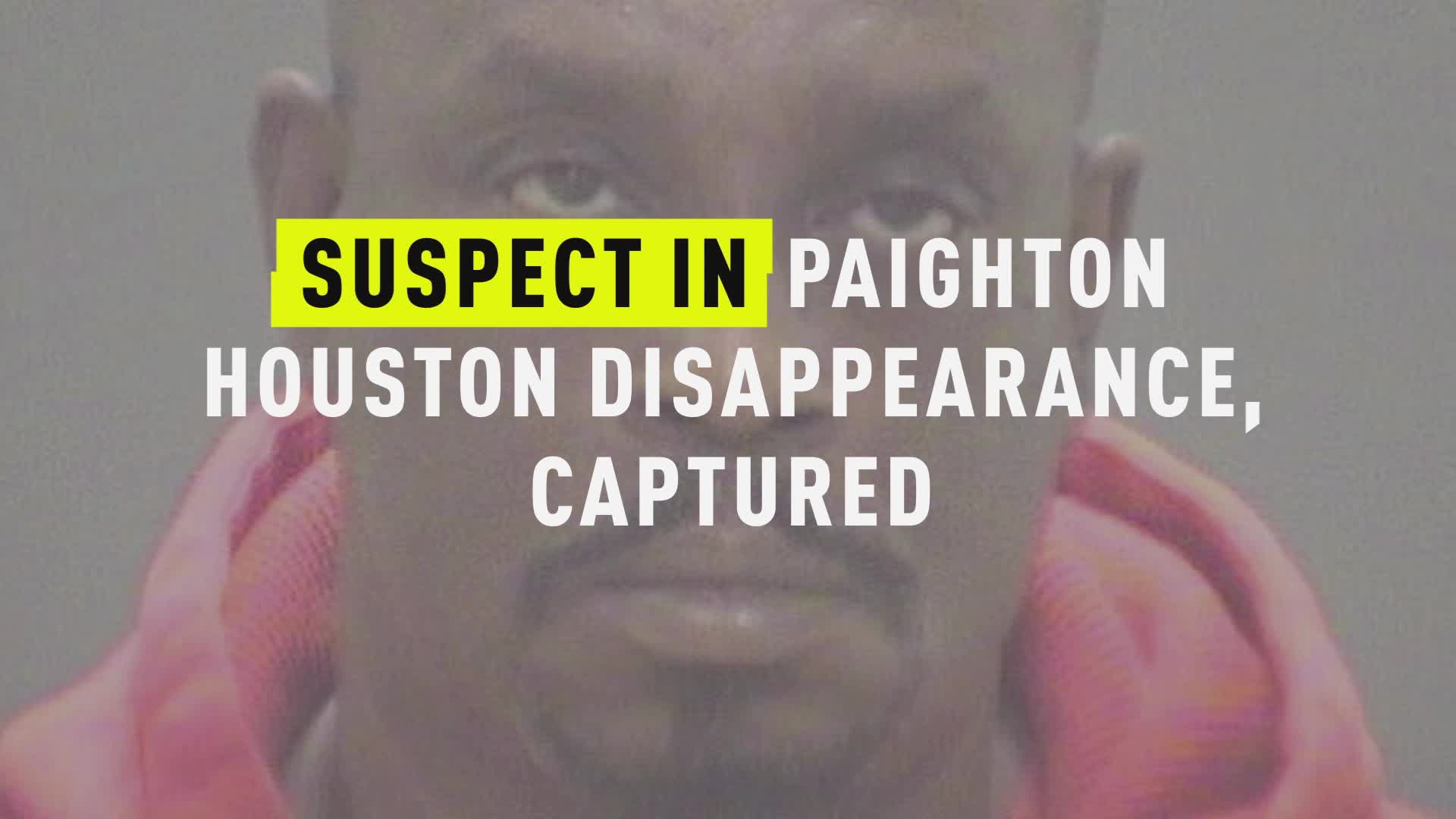 A convicted rapist wanted in connection to the death of an Alabama woman who went missing after sending a troubling text message has been captured states away.

Police had been searching for Fredrick Hampton, 50, for nearly two weeks, having announced earlier this month that they were seeking the registered sex offender in connection with the death of Paighton Houston, a 29-year-old woman who was last seen leaving a Birmingham bar on Dec. 20, 2019, with two men. She sent a text message that night suggesting that she felt that she was in danger; she was not heard from again, and her body was found in a shallow grave behind a private residence in Hueytown on Jan. 3, according to local outlet The Trussville Tribune.

The U.S. Marshals Northern Ohio Violent Fugitive Task Force took Hampton, who was wanted on a charge of abuse of a corpse, into custody on Wednesday night in Cleveland, Ohio, AL.com reports. Authorities located him at a private residence in Garfield Heights, and he surrendered, at which point he was transported to Cuyahoga County Jail, pending his extradition to Alabama, according to the outlet.

Hampton was initially arrested on Dec. 28 and kept in custody for two days on suspicion of kidnapping, but he was ultimately released due to lack of evidence linking him to any crime, AL.com reports.

Police have not said whether Hampton was one of the men who Houston left the bar with on the night that she was last seen alive, but authorities have confirmed that the two interacted that night.

Authorities have also said that there was no physical trauma present on Houston’s body when she was found.

At the time that the warrant for Hampton was issued, a preliminary autopsy had not provided a conclusive cause and manner of death for Houston; however, on Thursday morning, the Jefferson County Coroner’s Office announced that Houston died from an accidental drug overdose of morphine and methamphetamine toxicity, according to AL.com.

Hampton was convicted in 1992 on first-degree rape and first-degree sodomy charges and spent more than 20 years in prison before his release in 2012, the outlet reports. A kidnapping charge he was also hit with was dismissed; however, he was arrested again when he failed to give authorities an updated address, as all registered sex offenders are required by law to do, leading to a guilty plea in 2012 and a two-year suspended sentence, according to AL.com.